It all began with a simple “hi” (6th floor, 3 windows from the left). An employee at Harrison and Star at 75 Varick Street in New York city put up the innocent greeting, not knowing if anyone would respond.

Shortly thereafter a “Sup” appeared from the building across the street at 200 Hudson.

Both buildings in the Tribeca neighborhood boast a number of marketing and media agencies as their tenants and it didn’t take long for everyone to get in on the action. 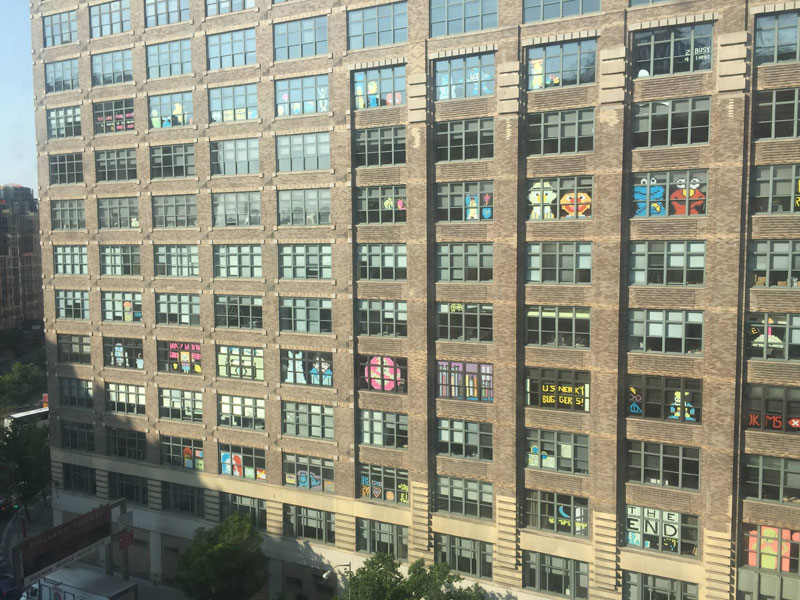 Horizon Media, Cake Group, Biolumina, Harrison and Star, Getty Images and Heartbeat Ideas all got in on the action. The agencies of 200 Hudson and 75 Varick were in an all out war. Even the Post-It manufacturer, 3M, got involved; supplying free Post-It notes for both buildings.

And then one night, under the cover or darkness, Havas Worldwide ended the battle in one fell swoop.

According to the building supervisor for Havas Worldwide, a few of the company’s graphic designers rendered the building and laid out exactly how the giant “mic drop” should be placed in each window pane.

Then a group of co-workers stayed late one night with beer and pizza and executed the design floor by floor. Sadly, the building managers were not as impressed and have ordered a ceasefire and told all participants to have everything taken down by this weekend. 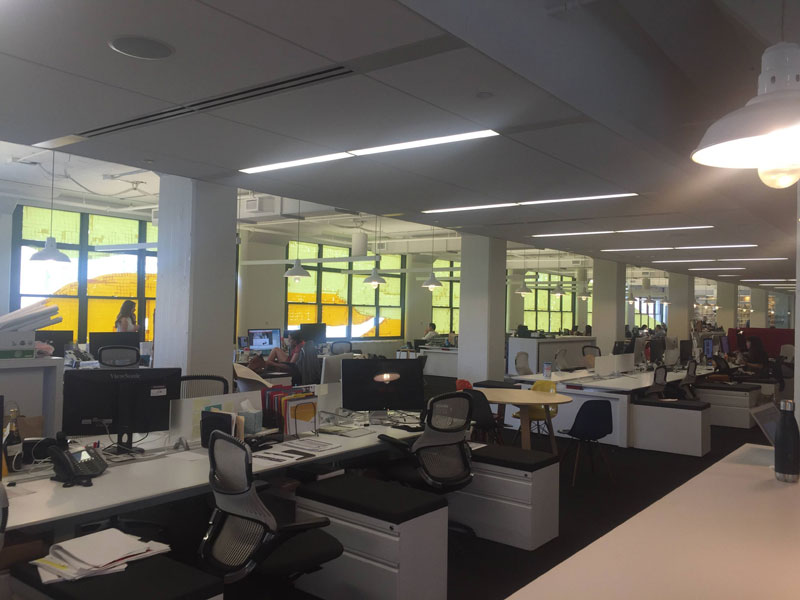