Karen Kurycki (aka CMYKaren) is a designer/illustrator in Jacksonville, Florida. Design is her passion and she loves to combine illustration with design in her commercial work. Karen has been experimenting with watercolor since her days at Kent State University, embracing its unpredictability and the surprises that can come out of using It. She admits that in her view of the world she usually sees the humorous, the quirky, the slightly off “normal”, which she tries to communicate through her design and illustration.

Be sure to head to absurdoverheard.com for 12 glorious pages (and counting) of illustrated awesomeness.

Friend just alerted me to the fact that an ampersand looks like a guy dragging his butt across the floor & I will NEVER be able to unsee it.

Careful what you say in a mattress store. Memory foam never forgets.

Don’t know a ton about evolution but pretty sure that between eagles and bald eagles we had combover eagles.

I will not correct my daughter when she calls nachos “machos”.

If I could freeze and package disappointment, I’d call it Lean Cuisine. 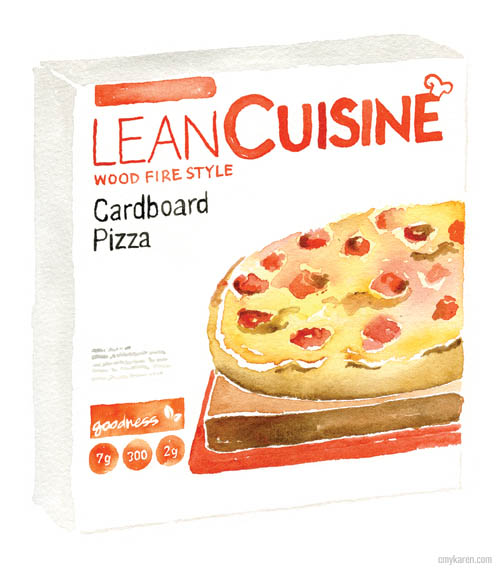 I always carry a knife, not for protection but in the event I encounter pie. #beprepared

God, bless my family, and please find the atheist squirrels that ate my Christmas lights and fry them with your awesome laser eyes. Amen.

While at the grocery I asked myself, “What disease did cured ham actually have?” 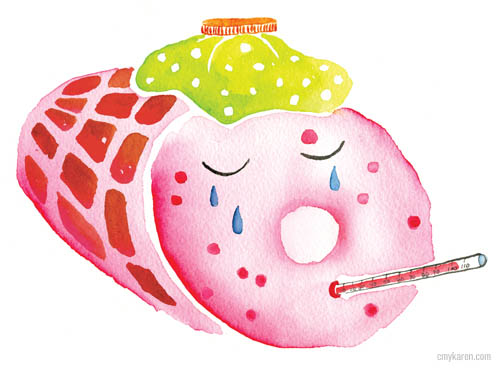 Someone parked their Ford Fiesta on my block. We’re all partying super hard because of it. 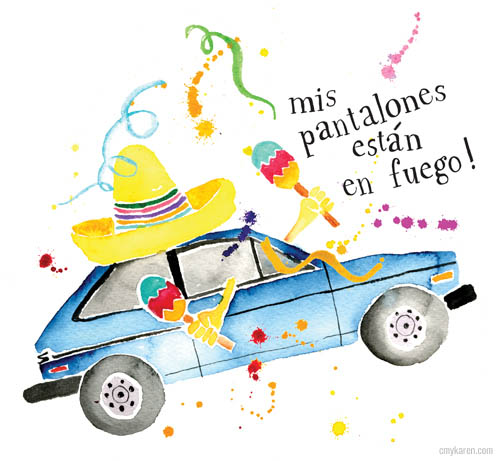 Wondering if planting all the seeds that collect at the bottom of everything bagel bags will yield some kind of delicious plant.

Someone should make a dog chew in the shape of a pipe so when they are carrying it around they look like dapper gents.