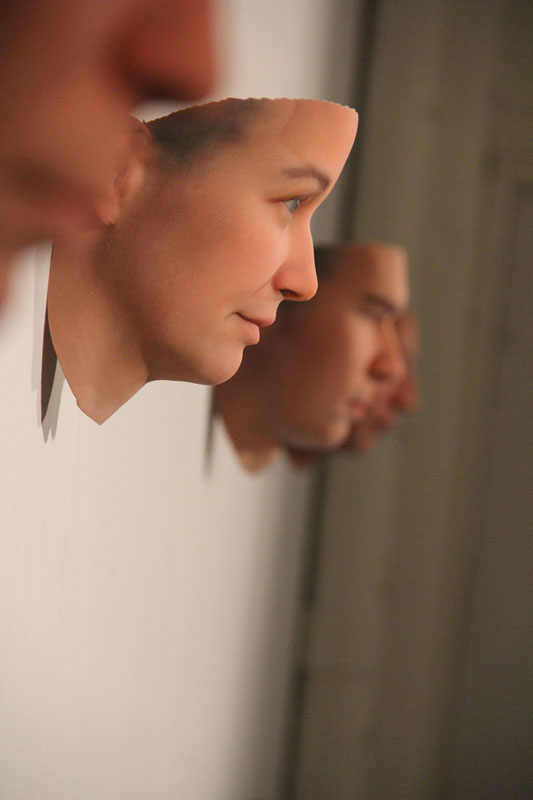 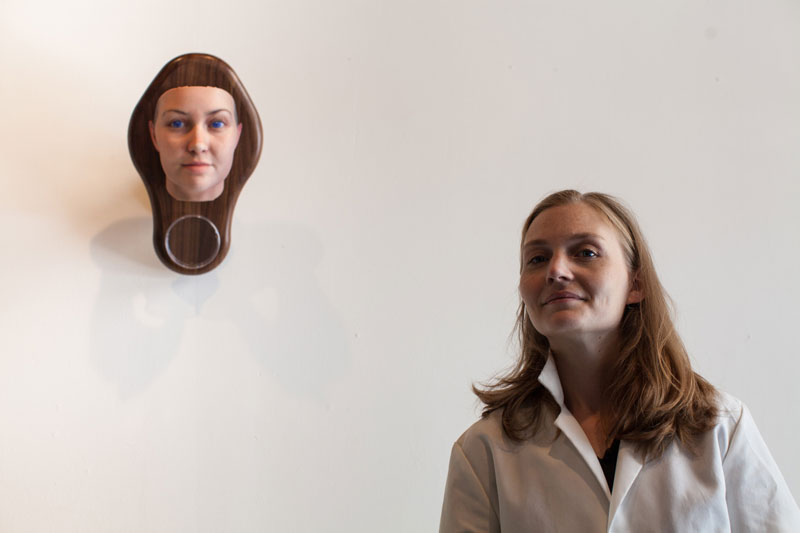 Heather Dewey-Hagborg is an information artist who is interested in exploring art as research and public inquiry. Traversing media ranging from algorithms to DNA, her work seeks to question fundamental assumptions underpinning perceptions of human nature, technology and the environment.

She then takes the samples to a DIY biology lab where she extracts the DNA and sequences the results. The sequence is then fed into a custom-built computer program that spits out a 3D model of a face which she then prints. The process and ideas behind such a provocative exploration are fascinating.

Below you will find detailed information on not only the process from discarded object to 3D printed face, but also the implications such a process raises. 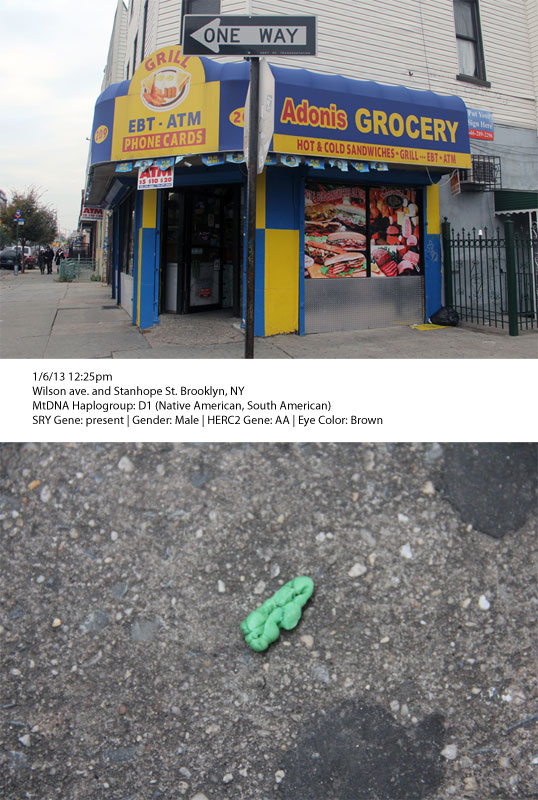 What inspired Stranger Visions and what is the process?

The idea actually came to me in a therapy session! I was sitting staring at this very mundane print on the wall and I noticed that in the glass covering the print there was a crack, and in that crack was lodged a single hair. I kept staring at this hair and wondering whose it could be and what I could know about them from it. Walking home later that day I became cognizant of all the genetic material surrounding me, and the idea for Stranger Visions materialized.

The project began with me, going about my daily life in the city, and coming across samples of human DNA everywhere I looked. Hairs, nails, cigarette butts, chewing gum, we are shedding our DNA all over the place all the time, and we don’t even notice. So I began collecting “samples” – traces of human DNA I found in my travels.

“The next step is bringing the samples into a lab for DNA extraction. I do this at Genspace, a DIY Biology lab in downtown Brooklyn, or when I am upstate at school I do it in the student Molecular Biology lab there.

I extract the DNA in the lab and then I amplify certain regions of it using a technique called PCR – Polymerase Chain Reaction. This allows me to study certain regions of the genome that tend to vary person to person, what are called SNPs or Single Nucleotide Polymorphisms.”

“I send the results of my PCR reactions off to a lab for sequencing and what I get back are basically text files filled with sequences of As, Ts, Cs, and Gs, the nucleotides that compose DNA. I align these using a bioinformatics program and determine what allele is present for a particular SNP on each sample.”

“I feed this information into a custom computer program I wrote which takes all these values which code for physical genetic traits and parameterizes a 3d model of a face to represent them. For example gender, ancestry, eye color, hair color, freckles, lighter or darker skin, and certain facial features like nose width and distance between eyes are some of the features I am in the process of studying.” 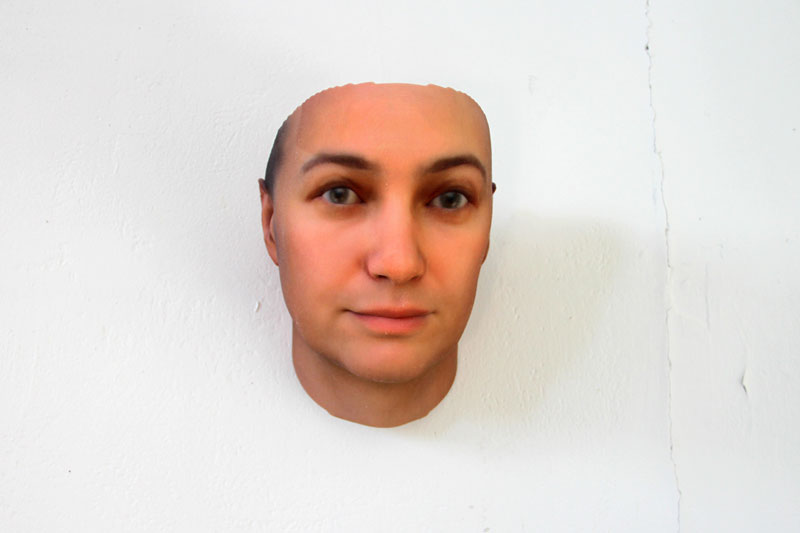 “I add some finishing touches to the model in 3d software and then export it for printing on a 3d printer. I use a Zcorp printer which prints in full color using a powder type material, kind of like sand and glue.”

How accurate are the results?

It is important to note that this is a work in progress! I’m really only starting to explore all the traits I am interested in examining with this technique. I usually say they have a “family resemblance” to the person. They will have similar traits and ancestry, but might look more like a possible cousin than a spitting image of the person themselves.

The reason for this is multifold, but the primary reason is the research on facial morphology, the way human faces differ, is still in very early stages. A lot of this information comes from what are called Genome-wide Association Studies, research that looks at hundreds or thousands of genomes and tries to find correlations. So it logically follows that the more genomes we sequence, the more correlations we will find.

Heather has no way, to tell the age of a person based on their DNA. “For right now, the process creates basically a 25-year-old version of the person,” she says. 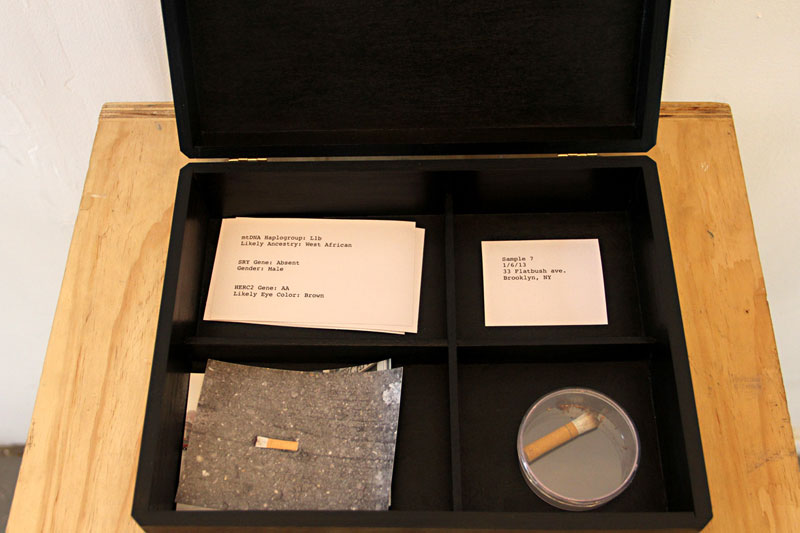 What questions does Stranger Visions raise?

This work is a provocation, designed to spur a cultural dialogue about genetic surveillance and forensic DNA phenotyping. What does it mean for an artist, an amateur, to do this? What are the implications for privacy issues as well as law enforcement?

Genetic surveillance is the viewing of a person’s genetic information without their knowledge or consent. As embodied creatures we leave genetic material around all the time – it’s part of what makes us human. We are constantly leaving traces, clues as to who we are. The possibility of genetic surveillance is the possibility of analyzing these artifacts to extract incredibly personal, intimate information – things you may not even know about yourself.

My personal primary concern with this technology is the potential that it becomes another form of racial profiling, one that hides its nuances and flaws behind an exterior of objective science.