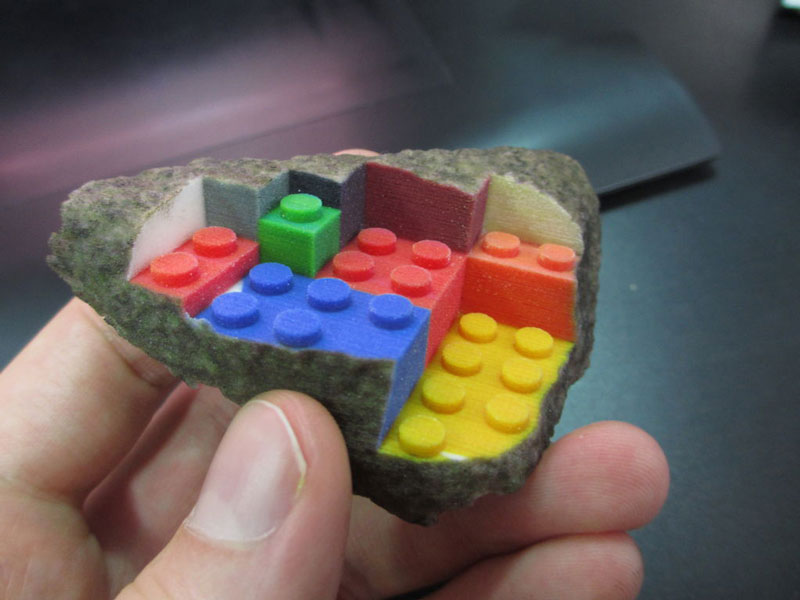 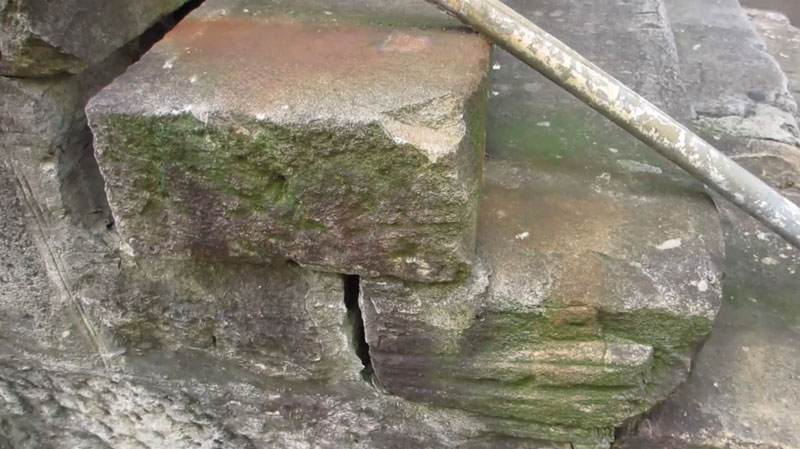 Through a combination of 3D scanning, 3D digital modelling and 3D printing, artist Greg Petchkovsky created an incredible sandstone block that appears to be made out of LEGO. He then placed the 3D printed piece into a real sandstone step, achieving a brilliant and creative effect. Find out how he did it below. 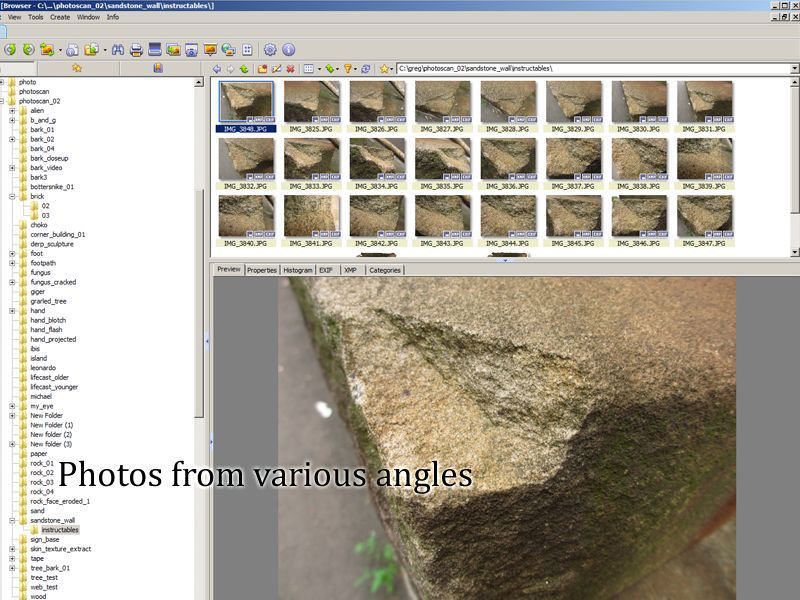 The first step is to take a number of photos from various angles. The images were then imported into a software program called Agisoft Photoscan. Greg took about 29 photos and Agisoft was able to create a 3D mesh (wireframe) that Greg could use and manipulate. Greg then had to correct the scale of the 3D mesh as the program produces an arbitrary scale.

Greg then imported the 3D mesh into 3DS Max. Using polygon modelling techniques, Greg built the LEGO brick shapes based on actual dimensions. Greg then placed copies of the LEGO brick model inside the volume of the chipped off corner to make it appear as if the block was made from LEGO pieces. He then combined the replacement corner model with the LEGO brick models. Greg says this was the most challenging part of the entire process. 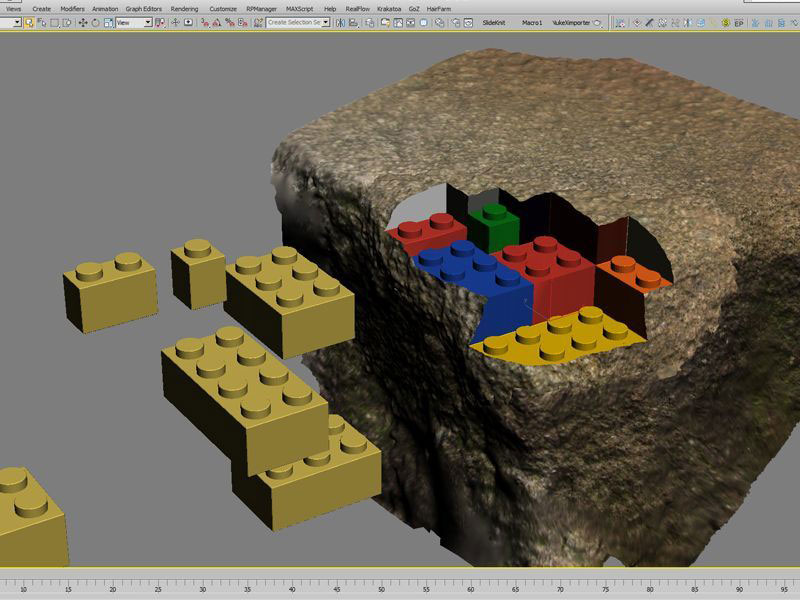 To make the piece fit the real step perfectly, Greg subtracted the scanned mesh from his 3D model using booleans. He then printed the model using Shapeways. The material selected was called ‘full color sandstone’ and cost him $16.89 to print. 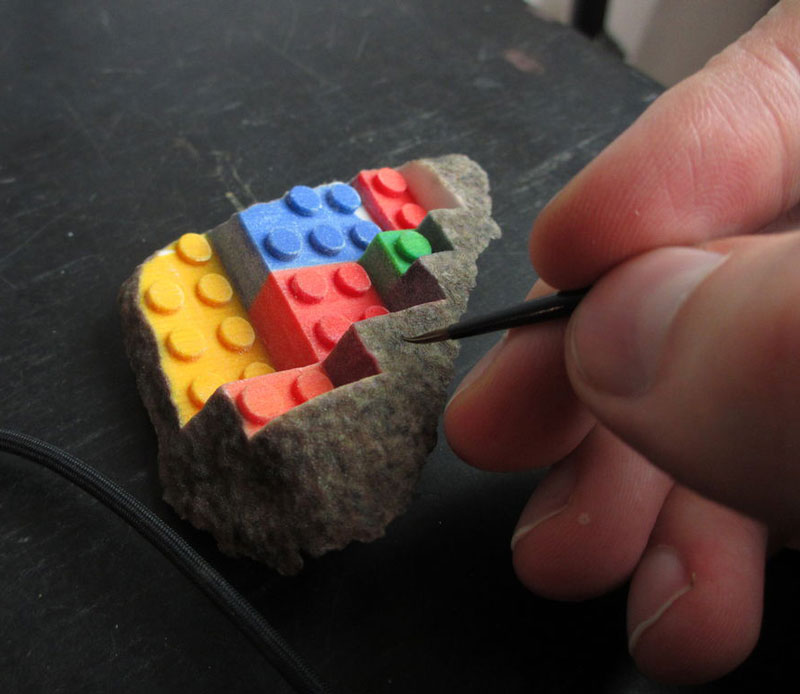 The printed piece had slightly incorrect colours so Greg painted it lightly with acrylic paint to make it match the actual sandstone brick more closely.

The project was Greg’s submission to the Instructables.com ‘Make it Real‘ competition. There are some amazing entries (1,132 to be exact) and while Greg didn’t win the grand prize, he has certainly won the Internet as his project has begun to make the rounds online (e.g., Wired and Reddit) 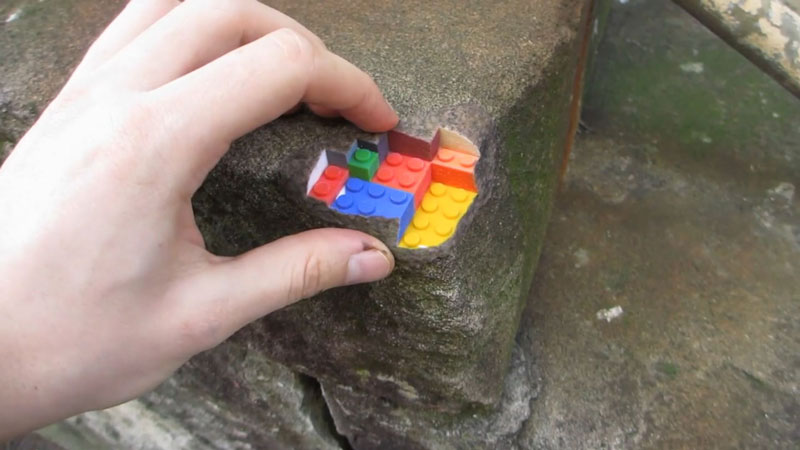 Read the whole story on Instructables.com for more information about the process and alternative freeware programs that can be used to achieve similar results. 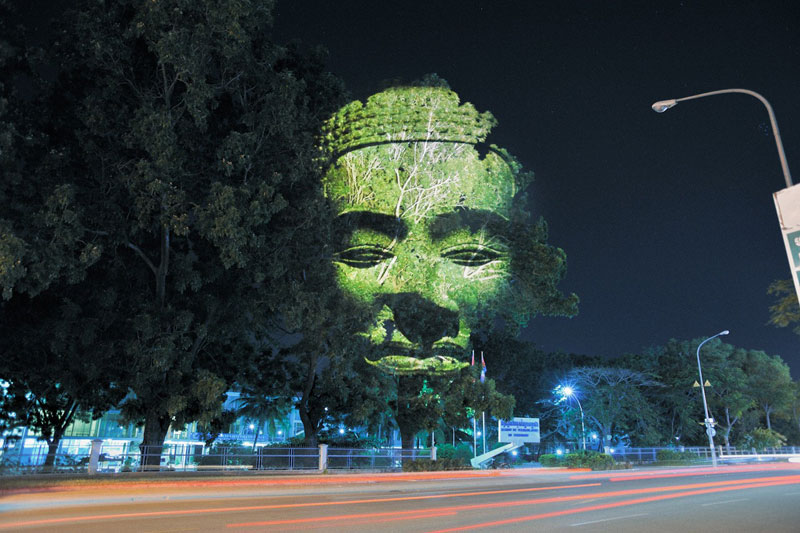