6 Amazing Color Spectrums Made from Thread 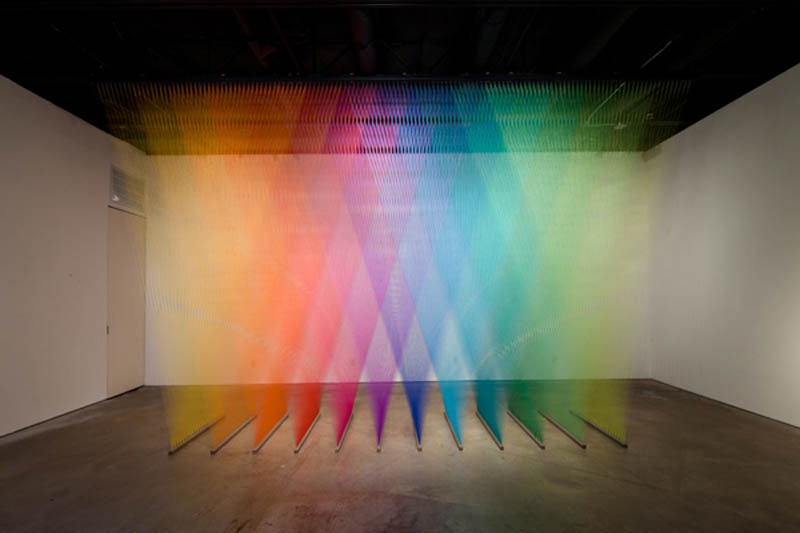 Gabriel Dawe was born in Mexico City where he grew up surrounded by the intensity and color of Mexican culture. After working as a graphic designer, he moved to Montreal, Canada in 2000 following a desire to explore foreign lands. In search for creative freedom he started experimenting and creating artwork, which eventually led him to explore textiles and embroidery—activities traditionally associated with women and which were forbidden for a boy growing up in Mexico.

Because of this, his work is subversive of notions of masculinity and machismo that are so ingrained in his culture. By working with thread and textiles, Dawe’s work has evolved into creating large-scale installations with thread, creating environments that deal with notions of social constructions and their relation to evolutionary theory and the self-organizing force of nature.

After seven years of living in Canada and gaining dual citizenship as a Mexican-Canadian, Gabriel moved to Texas to pursue graduate school at the University of Texas at Dallas where he worked on an MFA in Arts and Technology. His work has been exhibited in Dallas, Houston, Montreal, Toronto and Barcelona. [Source: GabrielDawe.com] 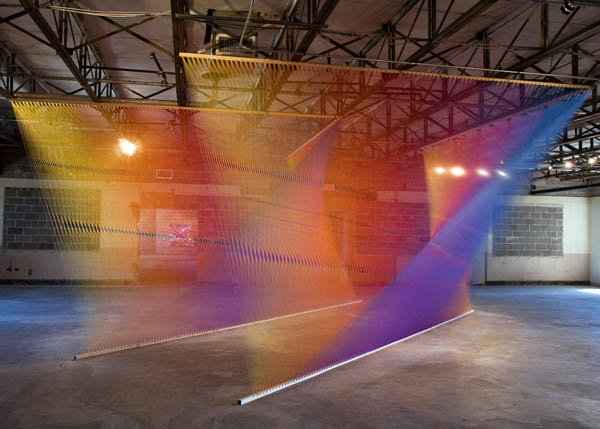 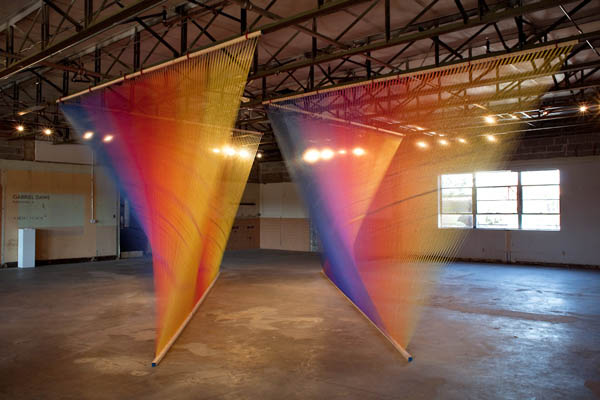 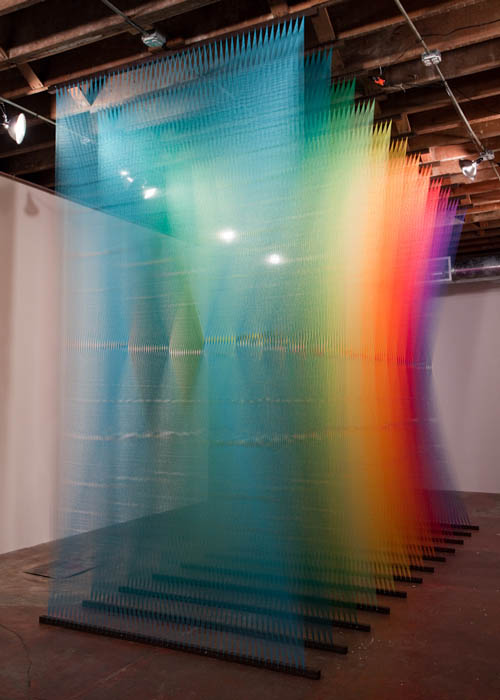 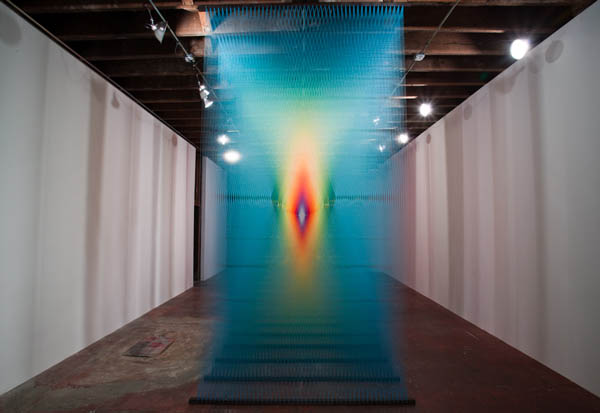 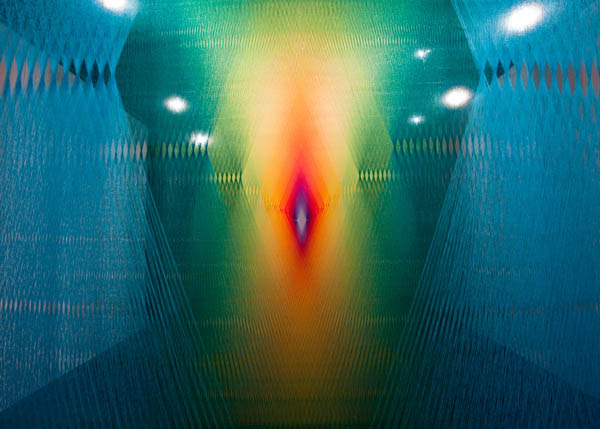 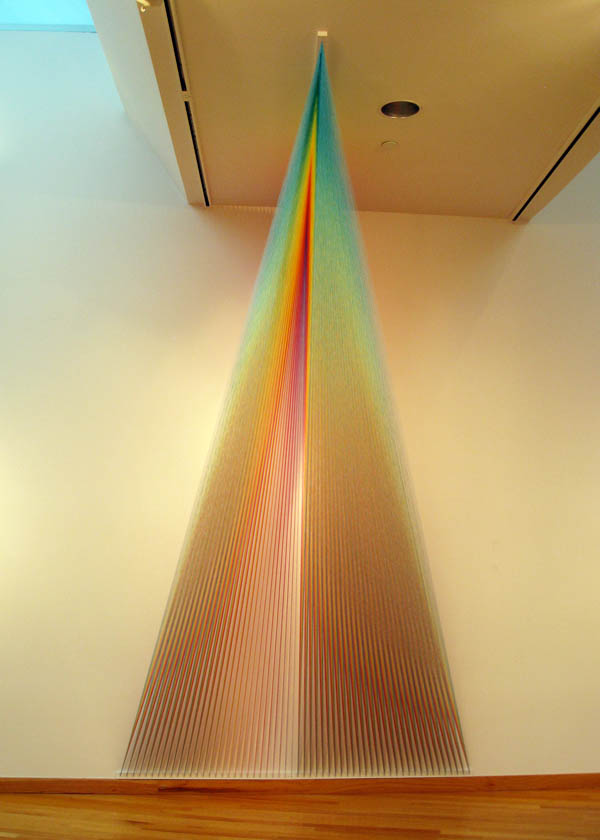 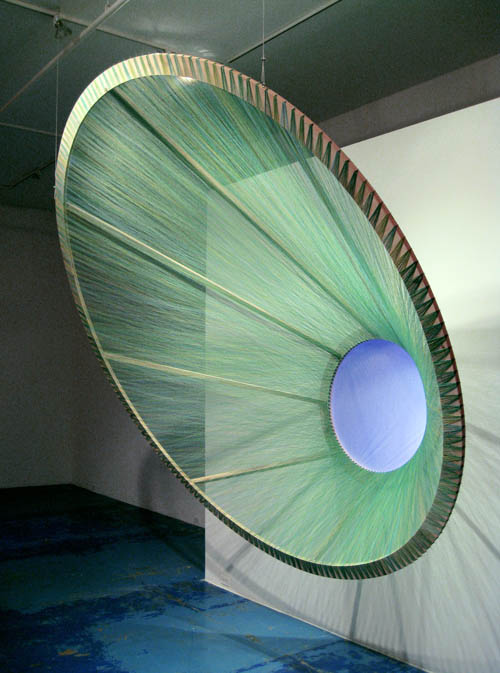 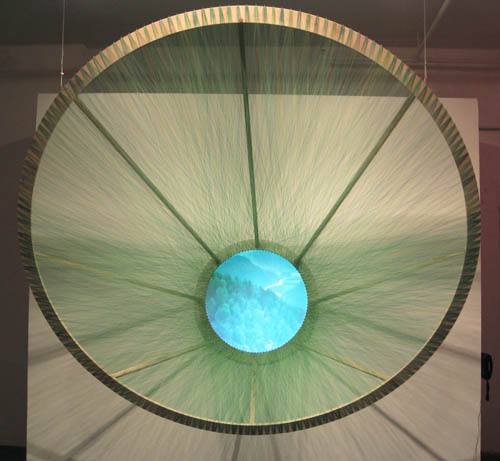 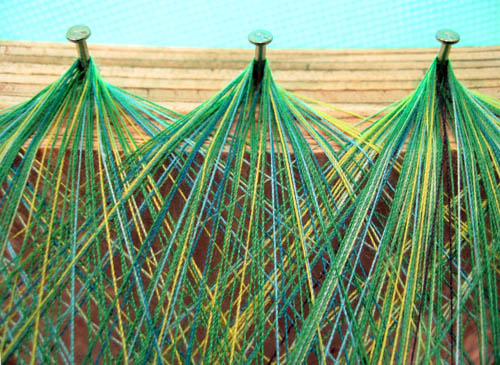 Artwork by GABRIEL DAWE
See More from Gabriel Dawe on his Official Site!