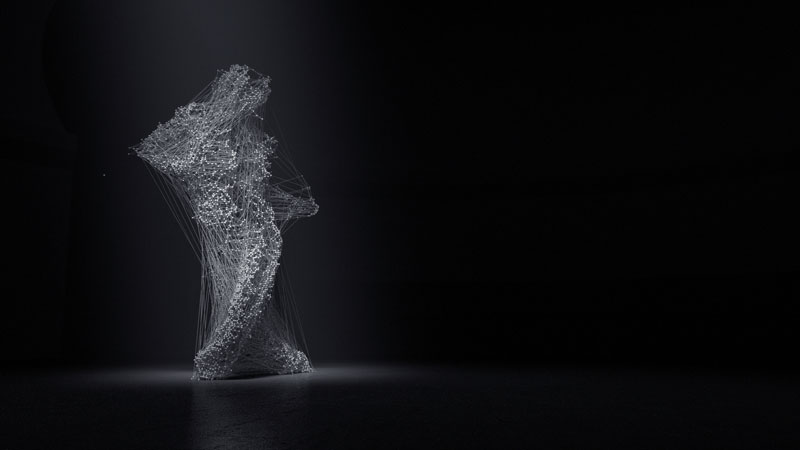 as·phyx·i·a is a collaborative effort and experimental film created by Maria Takeuchi with Frederico Phillips and performed by Shiho Tanaka.

The artists hacked an Xbox One Kinect for the motion data capture with music by Maria, visuals by Frederico and performance by Shiho. 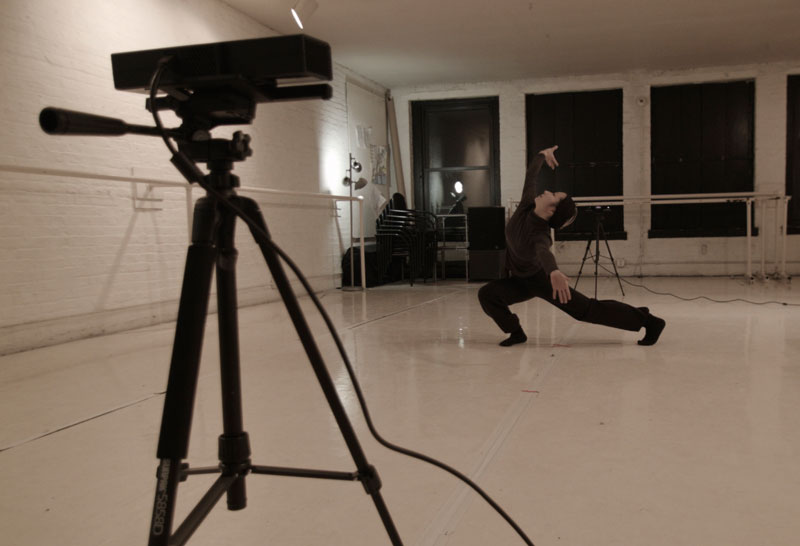 The project is an effort to explore new ways to use and/or combine technologies and different fields in an experiment without many of the common commercial limitations. The performance is centered in an eloquent choreography that stresses the desire to be expressive without bounds. [source] 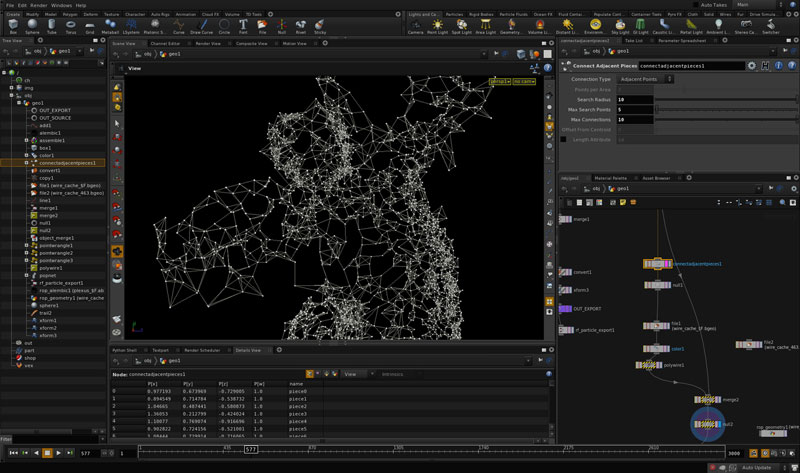 Motion data was captured using inexpensive sensors and that data paved the way through an extensive number of steps. Once all the scanned point cloud data was combined, that was then used as the base for the creative development on the piece. A series of iterative studies on styles followed and several techniques and dynamic simulations were then applied using a number 3D tools for various results. [source] 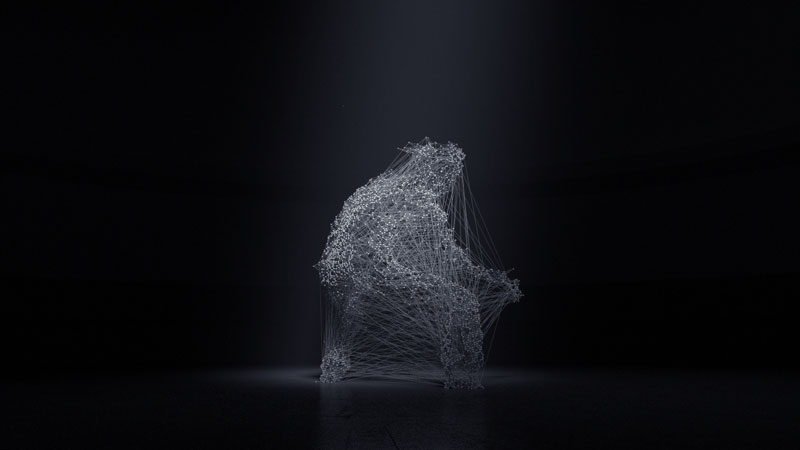 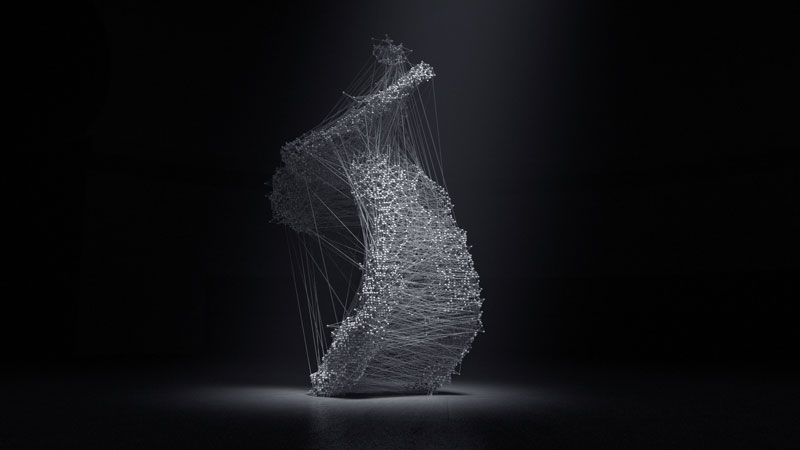 An environment was also built to integrate the character and allow for a more visually photo-real representation of the scenes. Maria Takeuchi was responsible for co-directing the project and created an original sound track which guided the narrative. The track was created using various digital and analog techniques. Frederico Phillips created the visuals, from pre-visualization to final rendering. Samuel Blalark assisted the project in several areas with key feedback and on location support such as filming for behind the scenes. [source] 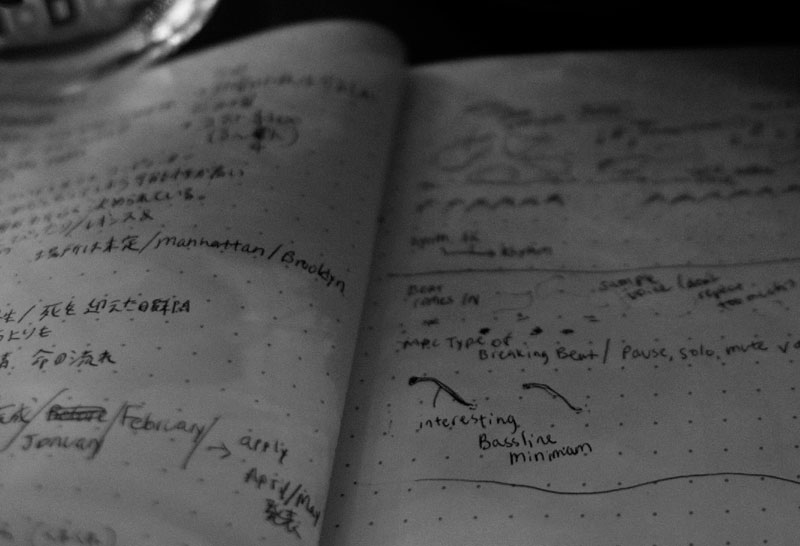