In his ongoing AquaViva series, French photographer Pierre Carreau seeks to find the hidden beauty of waves. Using a high-speed camera, Carreau is able to capture frozen moments in time that reveal shapes and forms not visible to the naked eye (as they often occur in fractions of second).

A subset of his AquaViva series are what he describes as macrowaves, close-ups of miniature waves that crest and crash like their larger counterparts, but show details and transparency that are not as visible in larger waves.

To see many more photos of Pierre’s fantastic work, be sure to visit his website at pierrecarreau.com. If you’re interested in limited edition fine art prints, Carreau is represented by Clic Gallery. 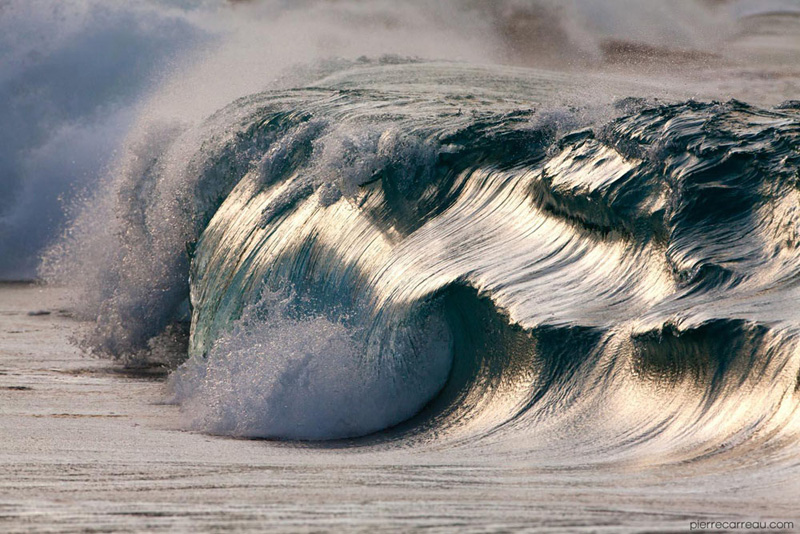