Sergey Larenkov is a Russian-based artist/photographer who was deeply impacted by World War II. On his Live Journal blog, the Saint Petersburg native has put together a tremendous set of collages of historic World War II photographs blended into the same locations as they currently look today.

Through collaboratiion with the the State Museum of History of St. Petersburg and the Russian State Documentary Film & Photo Archive, in Krasnogorsk; Sergey then travelled to various battle scenes from World War II, snapping a picture in present day for his blended collages. Sergey has travelled to Paris, Berlin, Prague and around Russia, revisiting historic war sites. By snapping these locations from a similar angle as the original war photographs, we get a chilling glimpse into a very different and scary time.

The photographs below are haunting, telling and incredibly fascinating. Be sure to check out the entire collection at: http://sergey-larenkov.livejournal.com/ 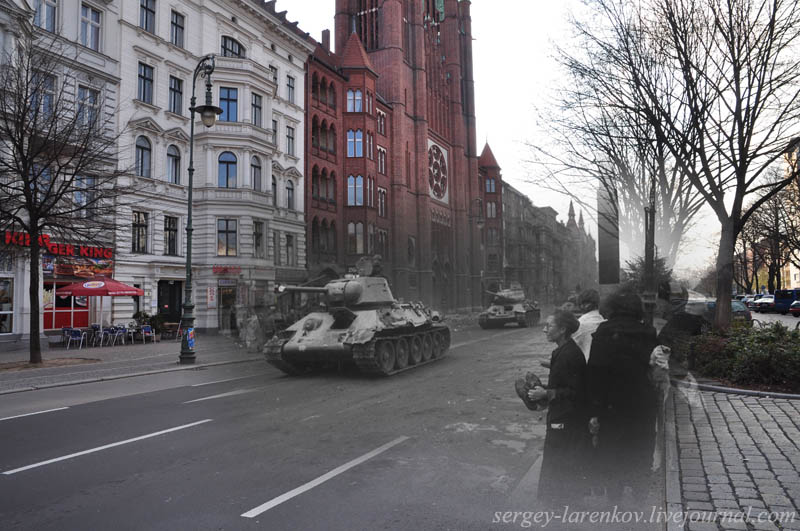 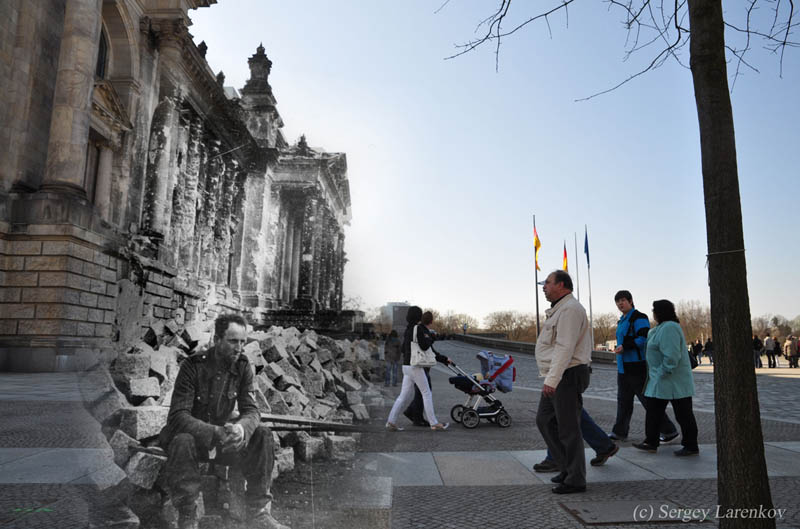 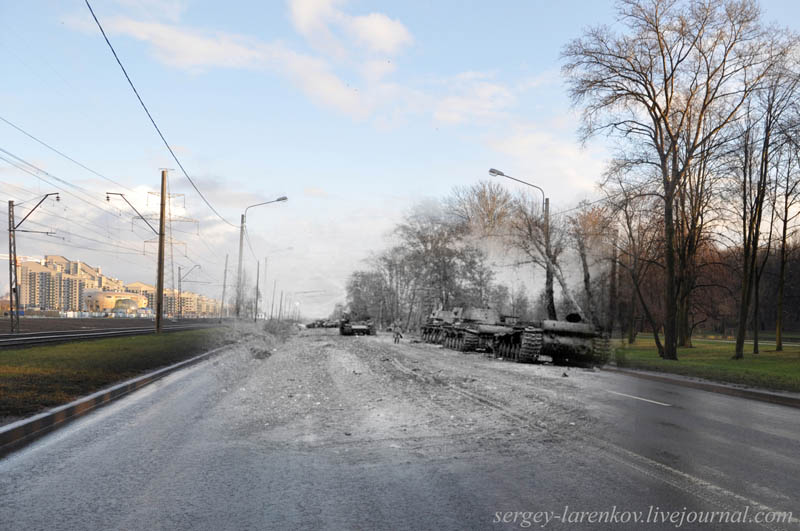 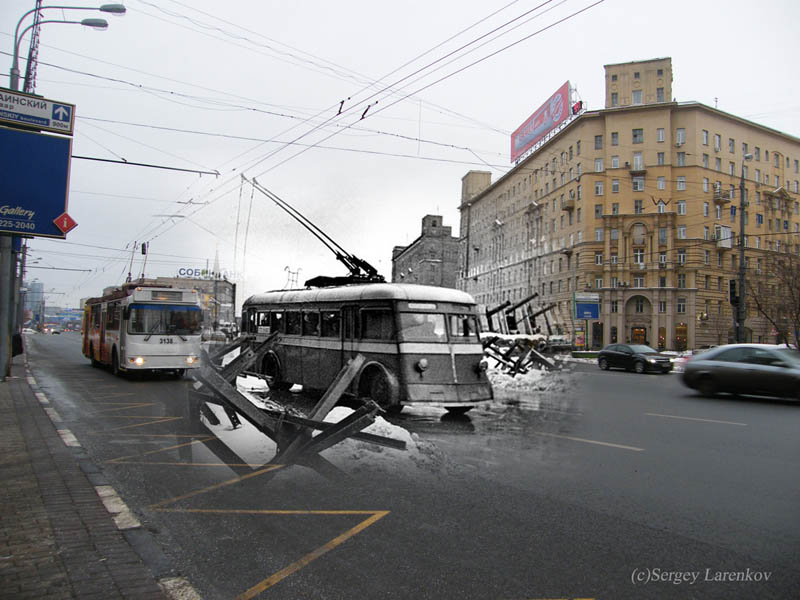 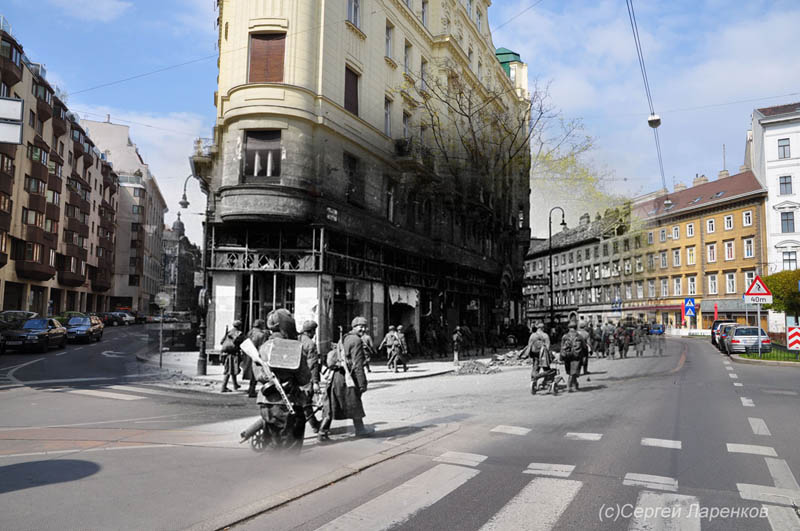 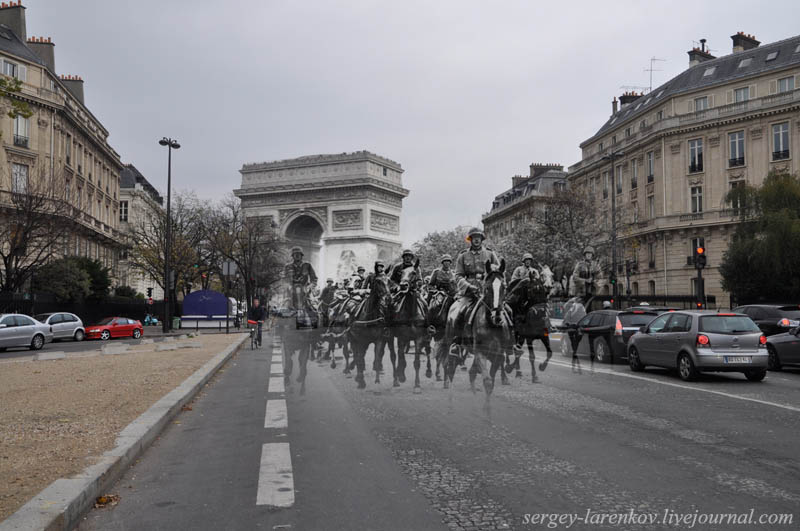 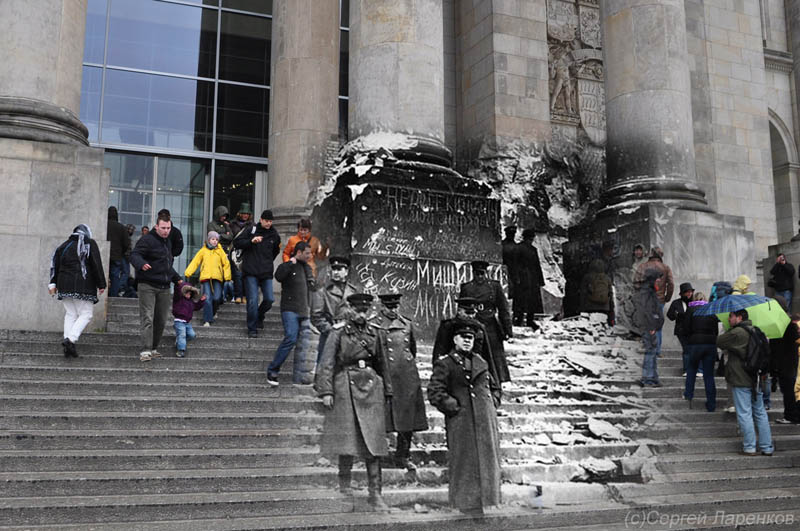