How To Make a Rainbow-Coloured Igloo Using Milk Cartons

New Zealander and recent civil engineering graduate Daniel Gray travelled north to Edmonton, Canada to spend five weeks with his girlfriend and her parents for the holidays. To keep him occupied (and perhaps test his resolve) his girlfriend’s mother thought it might be a fun idea to build an igloo. Little did Daniel know, but preparation had begun months ago, as his girlfriend’s mom, Brigid, had started a collection campaign for milk cartons.

After collecting a few hundred, they filled each one with water and some food colouring, creating ice-coloured bricks. In lieu of mortar, Daniel used ‘snowcrete’, a simple mixture of snow and water to bond the bricks together. The project took over 150 hours and 500 ice bricks to complete. The results were pretty awesome. You can find a full recap and video segment by Global Edmonton. The story also blew-up on Reddit yesterday, reaching the front page and top spot for a period of time. The entire 18-picture gallery of the build process can be seen on Imgur. 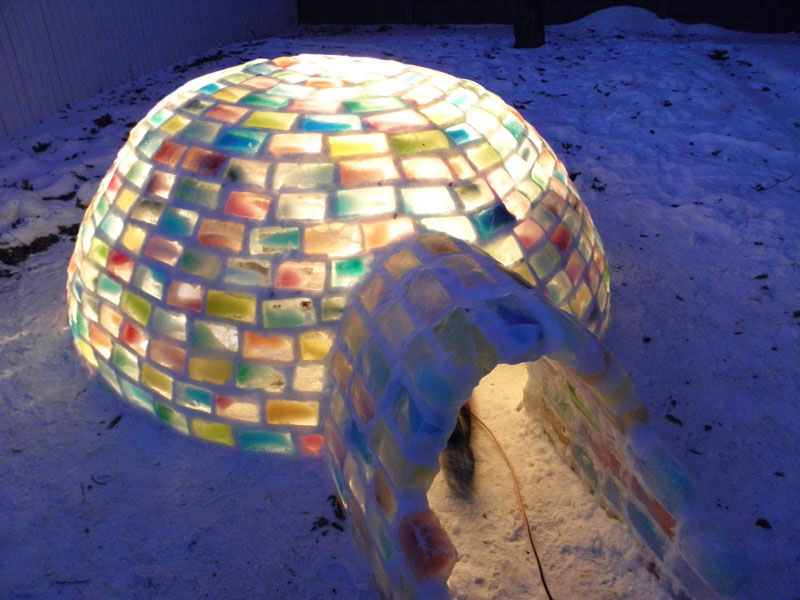 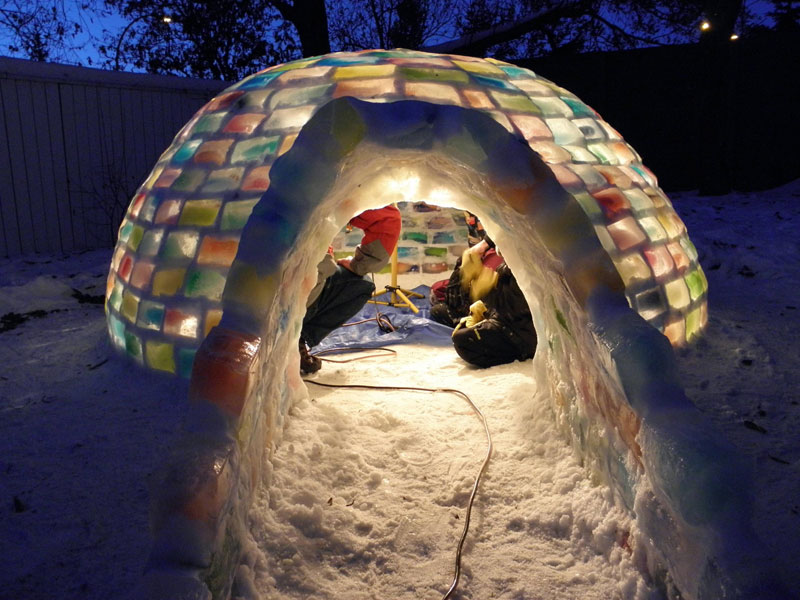 How To Make a Stove from a Single Log

How to Turn a Lighter Into a Mini Motorcycle