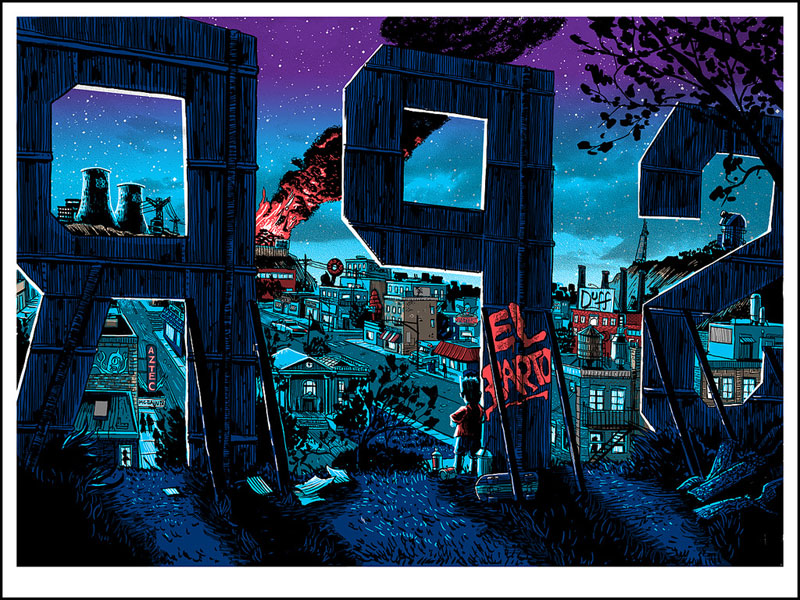 Artist Tim Doyle imagines what Springfield would look like if it became a desolate and derelict town. The images are part of a larger, ongoing series entitled Unreal Estate, and includes recognizable buildings and backdrops from other television shows such as: Breaking Bad, King of the Hill, Seinfeld and Futurama.

Working out of Austin, Texas, Doyle began painting and showing in galleries in 2001. He self-published a diary zine, ‘Amazing Adult Fantasy’ from 2001-2003 and has held what he calls, “many nerd-friendly jobs”, including running a small chain of comic-book stores, as well as being the art director/ lead designer for MONDO from 2004-2009.

In 2009, Doyle and fellow artist Clint Wilson launched their own screen printing studio Nakatomi Print Labs, in which they and other artists work out of, as well as do commercial printing for outside clients. 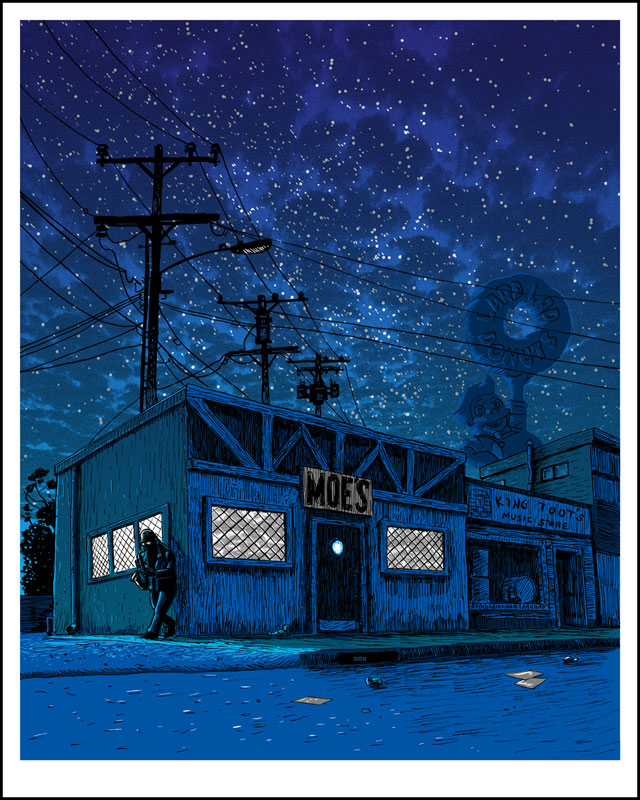 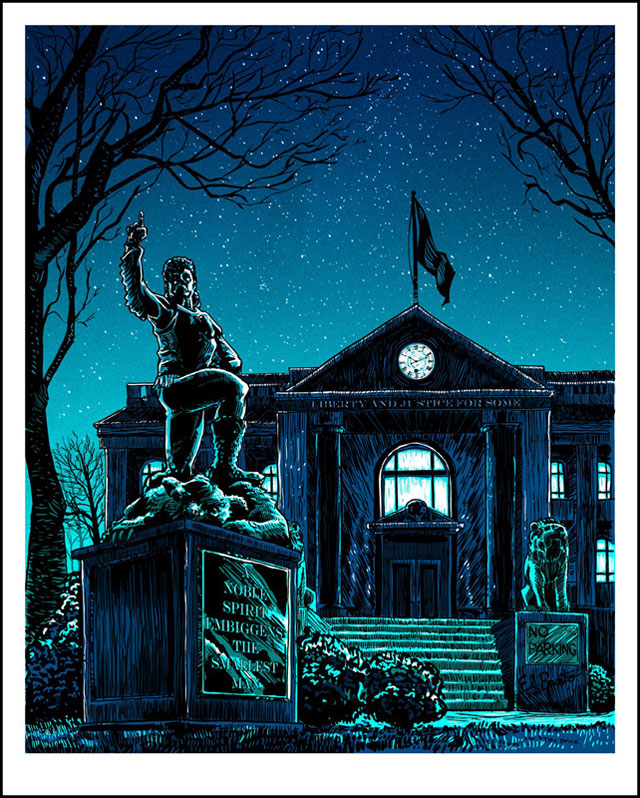 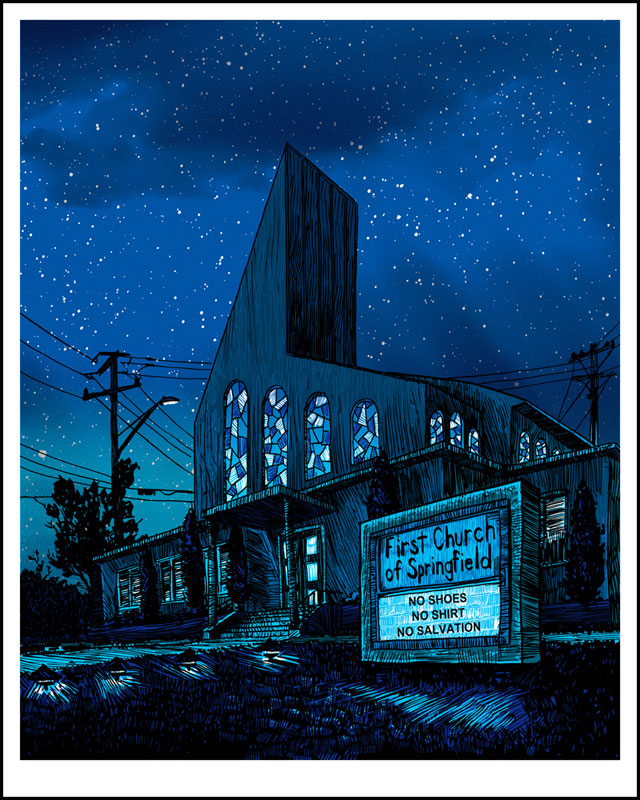