Picture of the Day: Lightning-Works 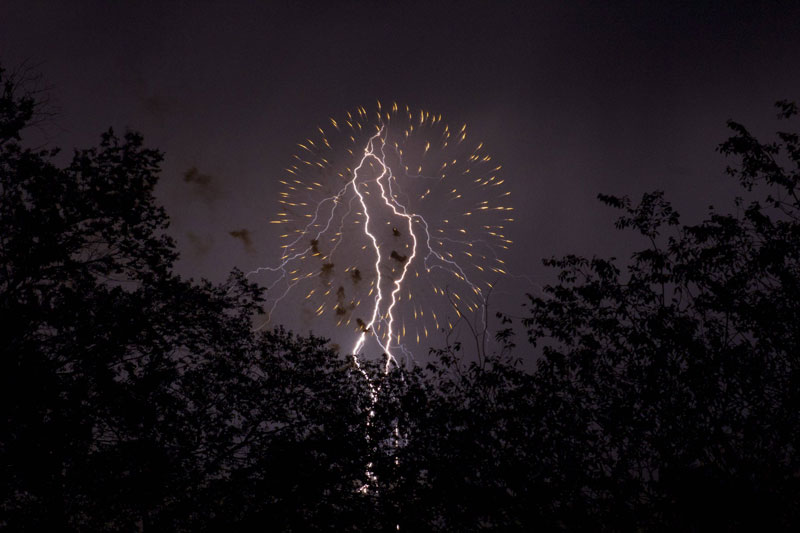 In this perfectly timed photograph by Redditor AJ192, we see lightning strike at the exact moment a firework lights up the night sky.

The photograph was taken at a firework show at the Rio Rancho High School in Rio Rancho, New Mexico, United States. The image was captured last night during the fourth of July celebrations (Independence Day in the United States). It was posted to Reddit earlier today and reached the top spot on the front page for a period of time.

The Sifter has previously featured a photo that captured both lightning and fireworks at the same time, but it was not perfectly aligned like the image above.