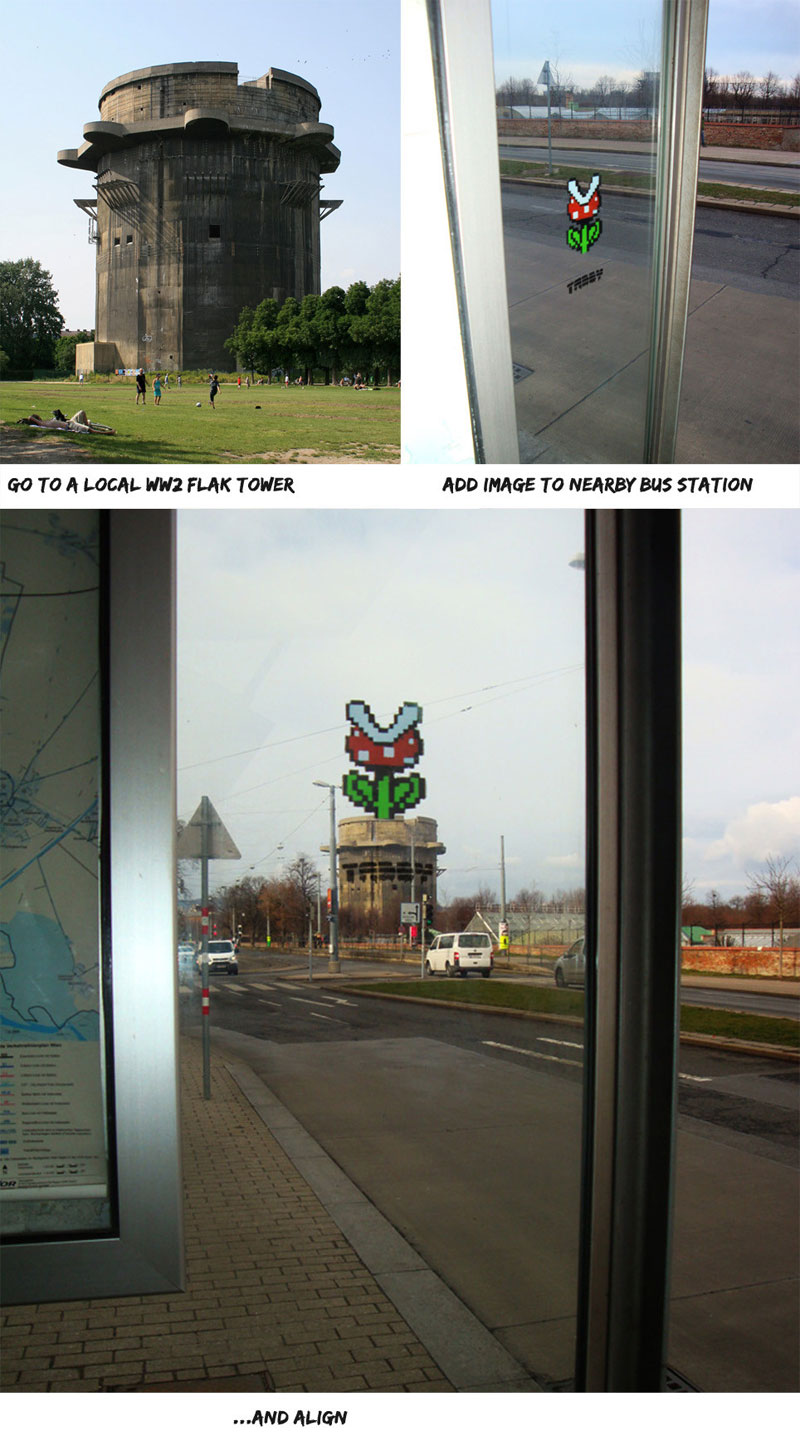 It’s all about perspective in this clever piece of street art by Tabby. If you happen to be standing at this particular bus stop you’ll enjoy a view of what appears to be a gigantic piranha plant from Nintendo’s popular Super Mario series.

The structure used to represent the famous ‘green tube’ from the video game is actually a Flak Tower which were:

8 complexes of large, above-ground, anti-aircraft gun blockhouse towers constructed in the cities of Berlin (3), Hamburg (2), and Wien (3) from 1940 onwards. Other cities that used flak towers included Stuttgart and Frankfurt. They were used by the Luftwaffe to defend against Allied air raids on these cities during World War II. They also served as air-raid shelters for tens of thousands of people and to coordinate air defence. [source]

And there you have it! A little history, a little nostalgia, a little art and a big grin on anybody standing in that bus shelter.