Rediscovering the First Color Photographs of the United States

An American Odyssey is a new 612 page book published by Taschen that revisits photochrom and photostint postcard images from the private collection of Marc Walter. Originally produced by the Detroit Photographic Company between 1888 and 1924, these images were created using a photolithographic process that predated the autochrome by nearly 20 years, offering people the very first color photographs of the United States. 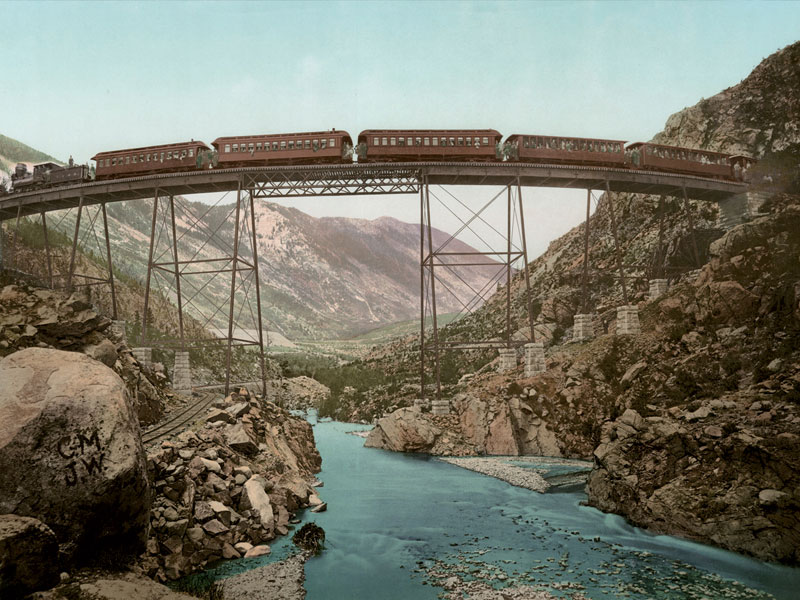 What exactly is a photochrom?

A photochrom is a color proof obtained by transferring a black and white photographic negative on numerous lithographic stones: one for each final wanted color. This was done using a specific new process, “the Photochrom process”, invented in 1889 by the Swiss Hans Jakob Schmidt, chief lithographer at the Orell Füssli printworks in Zurich. [source]

Can you explain the Photochrom process?

The Photochrom process allowed a color proof to be obtained from a black-and-white negative. It is a planographic method of reproduction : each color required the use of a different lithographic stones and therefore a minimum of four: red, blue, yellow, and black. The stone was coated with transparent ink, which was then transferred to photographic printing paper. [source] 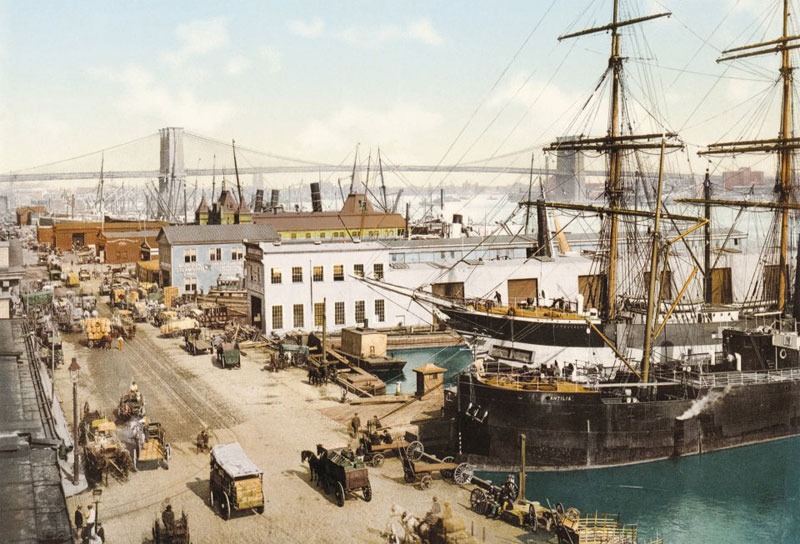 Were the photochroms colored by hand?

No, they were not: the lithographic stones were inked with colors. The engravers were marvellous technicians and their work is phenomenal. They worked to restitute the true colors of their subjects by inking as many different stones as necessary to restitute the colors of nature, clothes, buildings, etc. If you examine a photochrom through a magnifying glass, you realize that it often consists of more than 10 ink colors. In some cases, as many as 14 different tinted stones were used. [source]

When were the photochroms made?

The American photochroms reproduced in this book were all made between 1895 and 1910. The ones reproduced here are original ones belonging to Marc Walter’s collection.
However the black-and-white negatives used to print these photochroms often date from much earlier, as early as the years 1870 for many of them. [source] 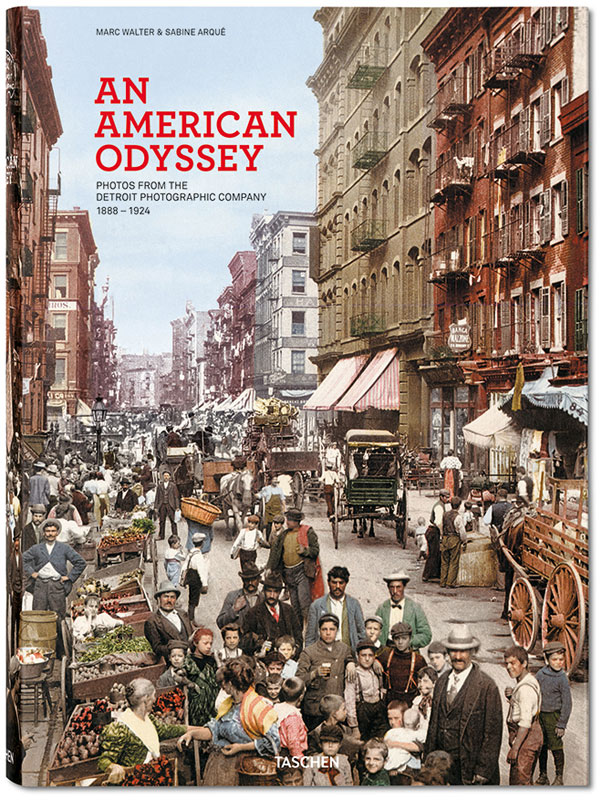