Revealing the Contents of a 100-year-old Time Capsule

Dubbed the ‘Century Chest‘, the project was created in 1913 by Virginia Sohlberg of the Ladies Aid Society as a fundraiser to help the church purchase a new pipe organ which is still in use today! Space inside the chest was auctioned off to the public to raise money.

The Century Chest’s artifacts were impeccably preserved in airtight, waterproof containers. The chest itself was buried under a 12-inch (30.5 cm) slab of concrete. Removing the chest took over 11 hours and involved removing two 600-pound chunks of concrete and using an engine hoist to get the chest out of its ‘tomb’.

The contents of the chest were unveiled at a live event and Downtown OKC, Inc., a not-for-profit organization, documented the entire experience and posted the photos to an 81-picture gallery on Facebook.

The complete contents will be preserved and exhibited at the Oklahoma History Center later this year. It will be fascinating to discover the content located inside the countless sealed packages and envelopes, as well as going through the box of recorded messages.

Flag made for the Century Chest by Mr. W. R. Clement, originator and designer of the official Flag of the State of Oklahoma. Also included: certificate of adoption of the flag and message of greeting from Mrs. Clement to the city of 2013. [Source: Downtown OKC, Inc.]

The First English Lutheran Church Century Chest was the idea of Virginia Sohlberg. Sohlberg had heard of a similar undertaking in Colorado Springs, Colorado, and proposed the idea to the church’s pastor, Newton H. Royer. He approved. The church’s Ladies Aid Society led the project with Virginia Sohlberg as President. The project was to be a fundraiser, offering the public the chance to include their name in a ledger and quilt, purchase space in the chest, or buy tickets to the Century Chest service. The fundraiser would benefit the church which needed funds to cover the cost of a new organ. The full price of the organ was $3,200, half of which was paid by Andrew Carnegie.

The project was embraced by the community as an opportunity to celebrate 1913 Oklahoma and reach out to future generations. Citizens, businesses, community organizations, and legislators participated. The planning of the chest was covered in local newspapers. The project grew beyond the church, beyond Oklahoma City, to the entire state. 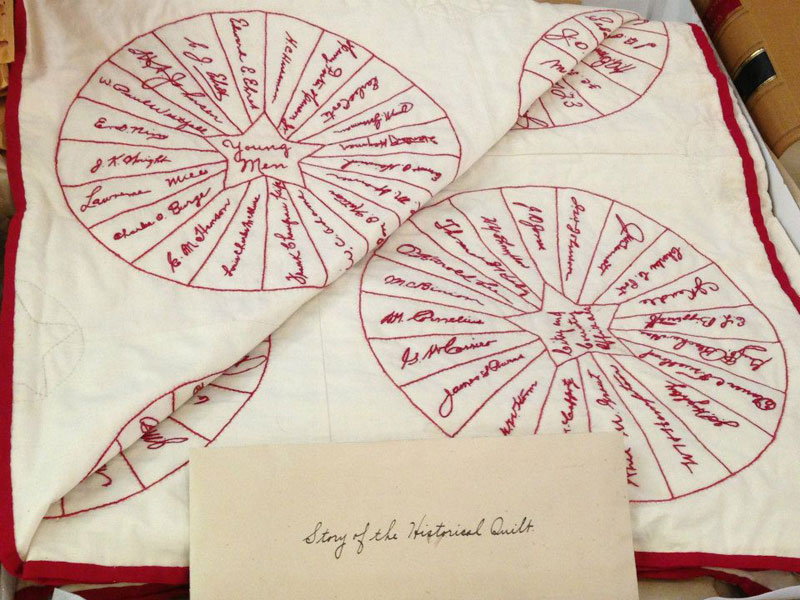 7. To the descendants of Nathan Samuel Sherman

8. A Tin of Quality Coffee 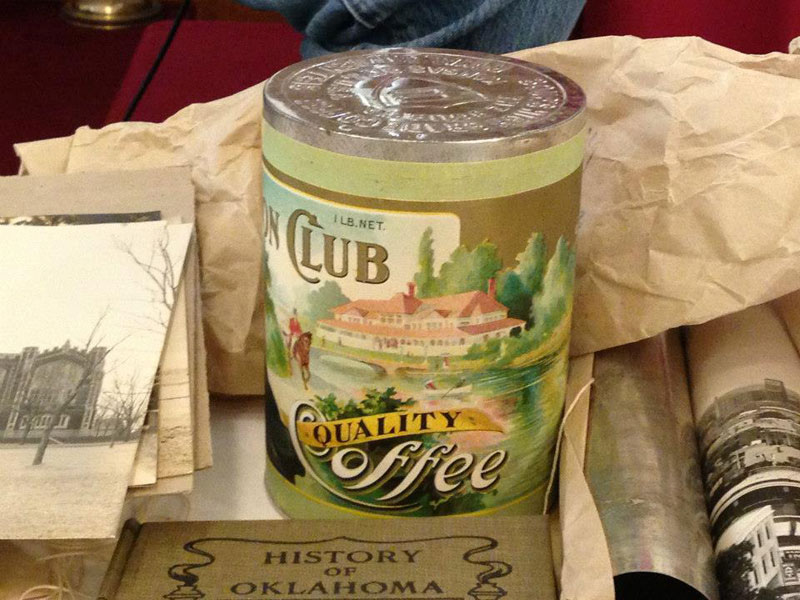 This is but one of many found from a sealed box of recorded messages.

Inside the Century Chest

The chest contains a variety of objects honoring Oklahoma’s heritage. Included are American Indian artifacts and documents, historical photographs, paintings, poems and musical compositions, coins, family histories, local histories, clothing, various clippings, a special flag, popular technology of the day such as a telephone, phonograph, and camera. A special “Century Chest Edition” of The Oklahoma News newspaper was printed and copies placed in the chest. The chest also includes special messages from the Oklahomans of 1913 to our present-day community. Click Here to view a list of contents.

11. Constitution, Treaties and Laws of the Chickasaw Nation

The burial of the Century Chest was marked with a special service on the evening of April 22, 1913. The service included various musical performances, and addresses from Governor Lee Cruce, Oklahoma City Mayor Whit M. Grant, and Reverend Newton H. Royer, D.D., Pastor of the First Lutheran Church. A recording of the ceremony was made and included inside the chest. [Source: Oklahoma Historical Society]

17. “View from the Dam at the Water Works” by Nellie Shepherd 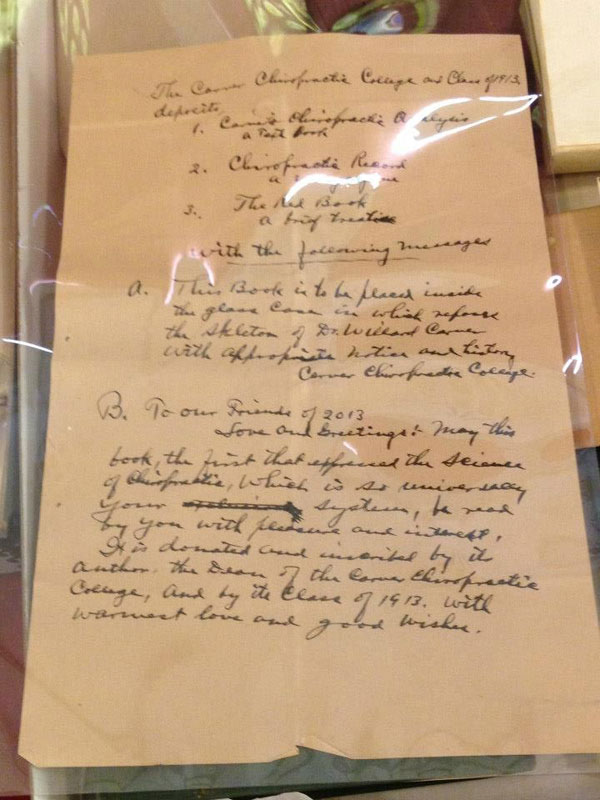 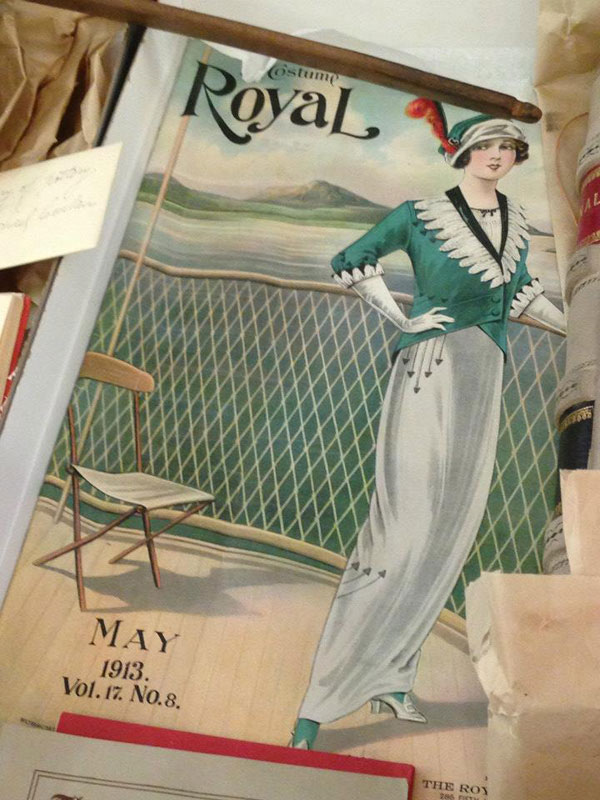 Each year since the chest’s burial, the members of the First Lutheran Church have pledged their commitment to the chest and its creators. The pledge was created by the church members of 1913 to ensure the chest would be protected and honored for future generations of Oklahomans. [Source: Oklahoma Historical Society]

21. Message to the Oklahoma City Museum of Art 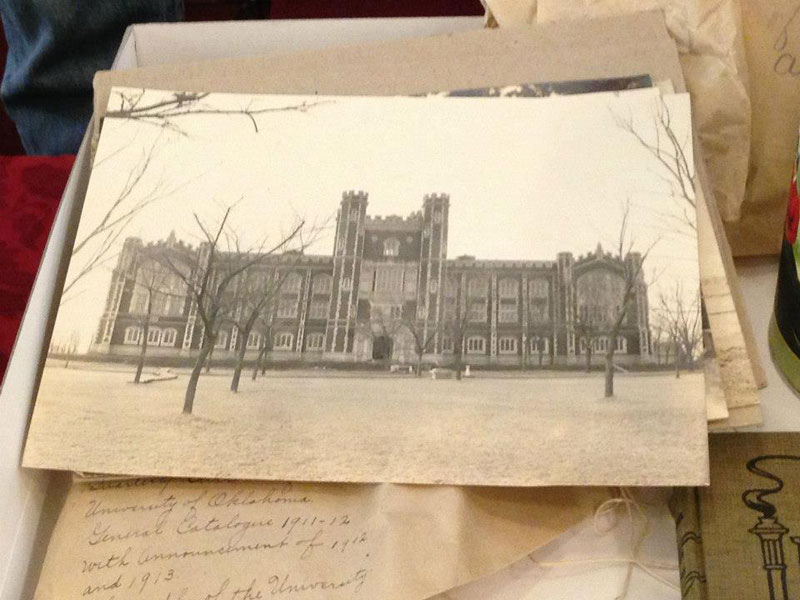 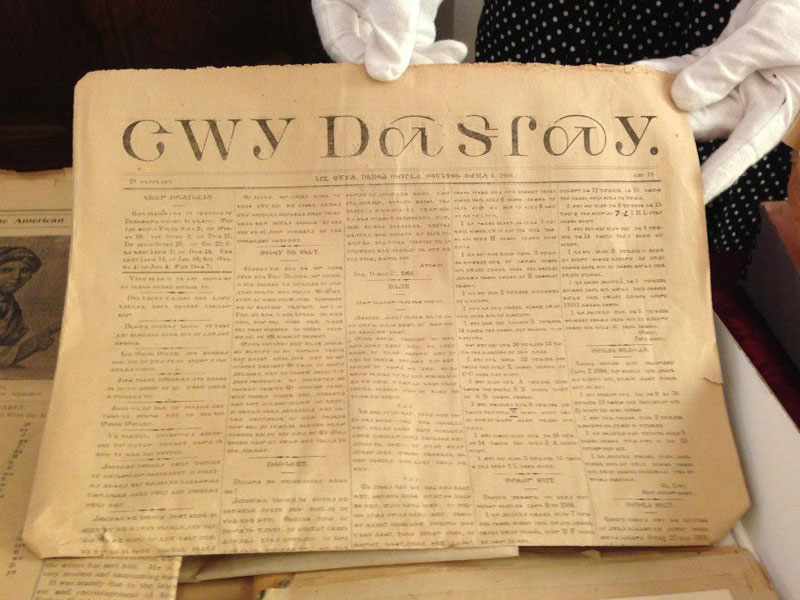 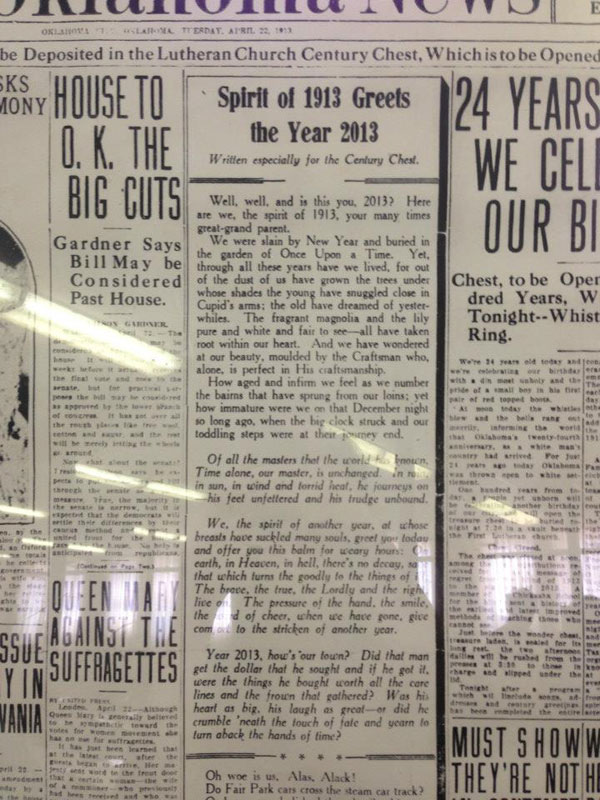 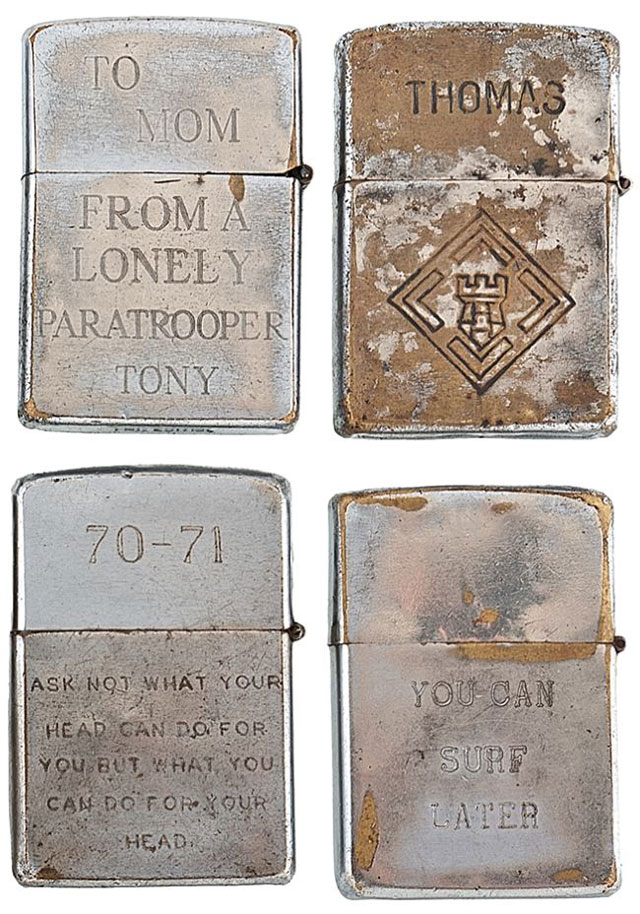 How the University of Leicester Found the Skeleton of Richard III 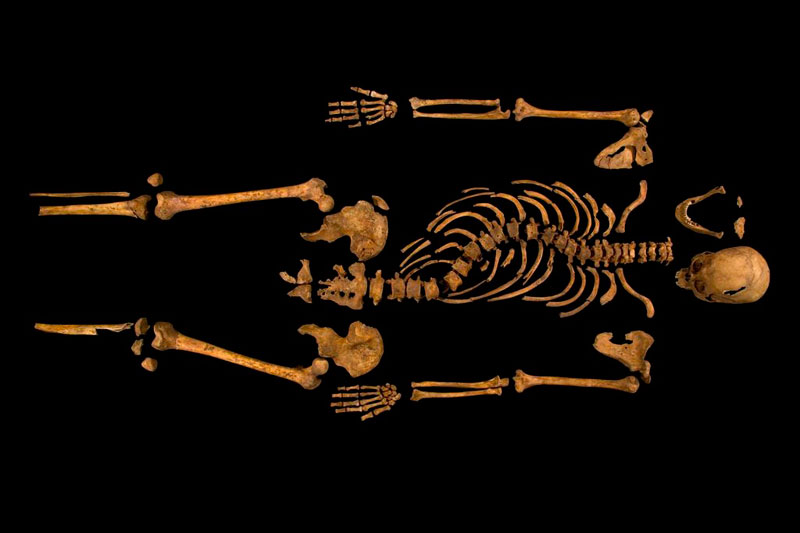