*Update* [Feb 12, 2015] The artworks below were a collaboration between Jamie Harkins, Constanza Nightingale and David Rendu, collectively known as 3DSD.

Jamie Harkins is an artist and musician currently working out of his studio in Mount Maunganui, New Zealand. While the NZ native is best known for his paintings of surrealist landscapes, it’s his 3D beach art that has been garnering him recent attention, both locally and online.

Harkins uses the beach as his temporary canvas, collaborating with other artists such as Lucia Lupf, David Rendu and Constanza Nightingale; to create 3D landscapes by employing a similar visual technique that sidewalk chalk artists use.

The technique is known as anamorphosis. The image itself is distorted, but when viewed from a specific vantage point, a 3D effect on a 2D surface is achieved.

In an interview with The New Zealand Herald, Harkins explains:

“We’ve seen other people doing stuff on beaches, but it’s always been geometric, flat shapes, like a pattern, so we thought we’d get into the whole 3D thing. And I kind of like the fact that it disappears at the end of the day when the tide comes in. It makes it impermanent.” [source]

To see more, check out the artist’s respective Facebook pages: 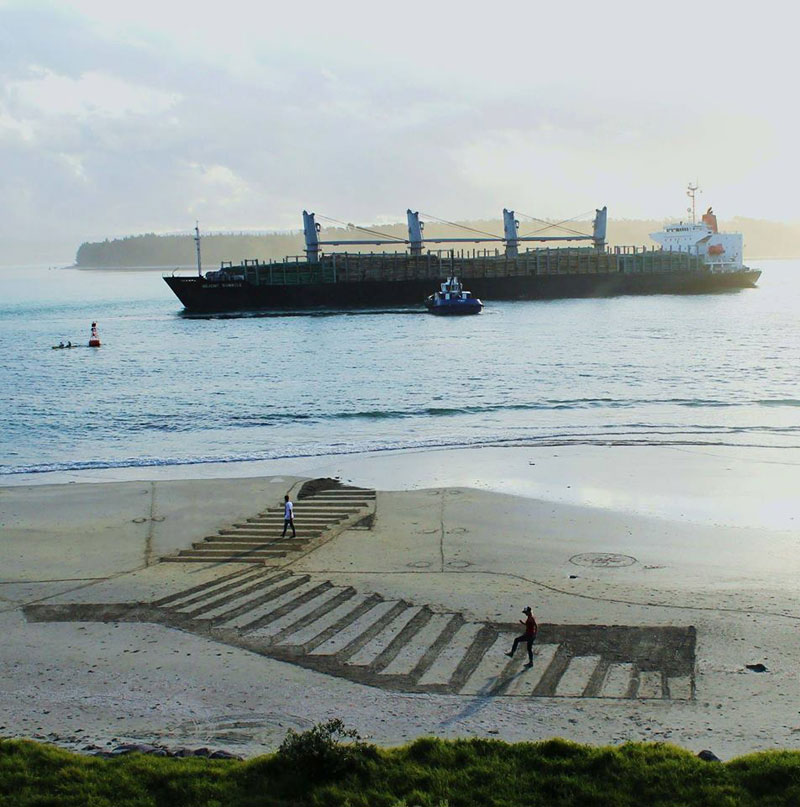 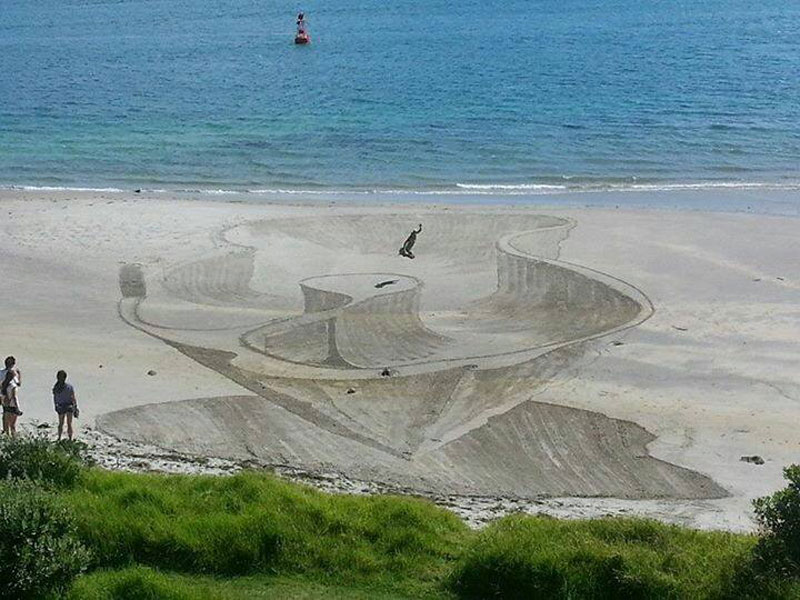 The Art of Rock Balancing by Michael Grab