The Eiffel Tower on Bastille Day

Bastille Day is the name given in English-speaking countries to the French National Day, which is celebrated on 14 July each year. In France, it is formally called La Fête nationale. The French National Day commemorates the beginning of the French Revolution with the Storming of the Bastille on 14 July 1789, as well as the Fête de la Fédération which celebrated the unity of the French people on 14 July 1790. The oldest and largest regular military parade in Europe is held on the morning of 14 July, on the Champs-Élysées in Paris in front of the President of the Republic, French officials and foreign guests. [source]

Each year starting around 11pm and lasting about 35 minutes are the famous July 14 fireworks display. Fireworks are launched from Bassins du Trocadéro and the public is able to view the display from the Champs de Mars and Trocadéro. This year’s theme was “Guerre et Paix” (war and peace). [source] 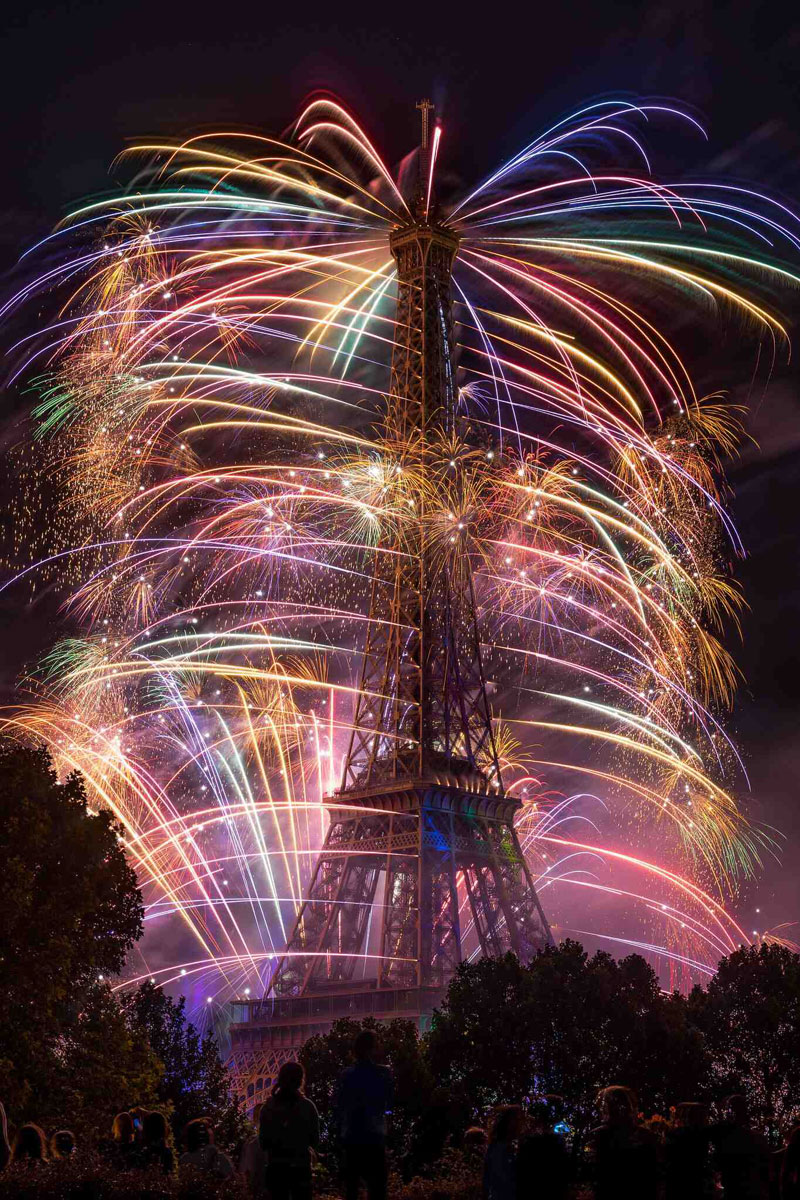 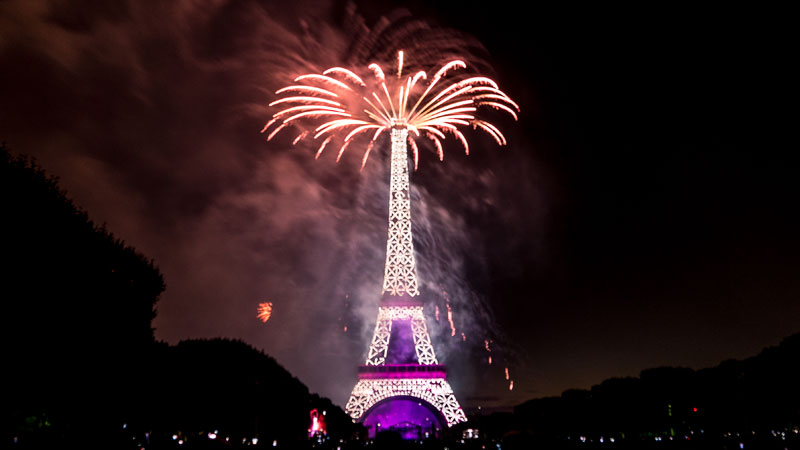 This Guy Flew a Quadcopter
Through Fireworks and It Looks Awesome