These Might Be the Slowest High-Speed Images Ever Captured 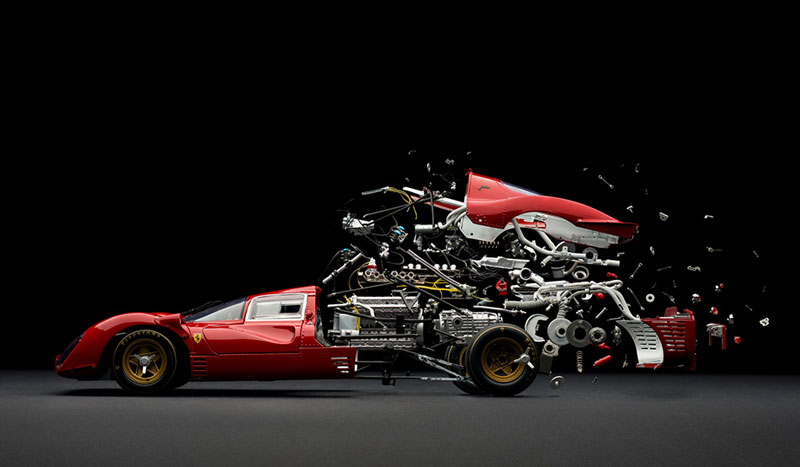 What looks to be an ‘exploded view‘ of a 1954 Mercedes-Benz 300 SLR taken at a microsecond in time, is actually a meticulous and painstakingly crafted artificial moment by artist and photographer Fabian Oefner.

In Disintegrating, Fabian sketches where the individual pieces will go. He then takes apart a model car piece by piece; from the body shell right down to the minuscule screws. Each car contains hundreds of components.

Oefner then places each piece individually with the aid of fine needles and pieces of string. After meticulously working out the angle of each shot and establishing the right lighting, he photographs the components. It takes thousands of photographs to create each image in the series.

The individual photos are then blended together in post-production to create a single image. With the wheels acting as a reference point, each part is masked in Photoshop and then cut and pasted into the final image.

“These are possibly the ‘slowest high-speed’ images ever captured. It took almost two months to create an image that looks as if it was captured in a fraction of a second. The whole disassembly in itself took more than a day for each car due to the complexity of the models. But that’s a bit of a boy thing. There’s an enjoyment in the analysis, discovering something by taking it apart, like peeling an onion.” – Fabian Oefner 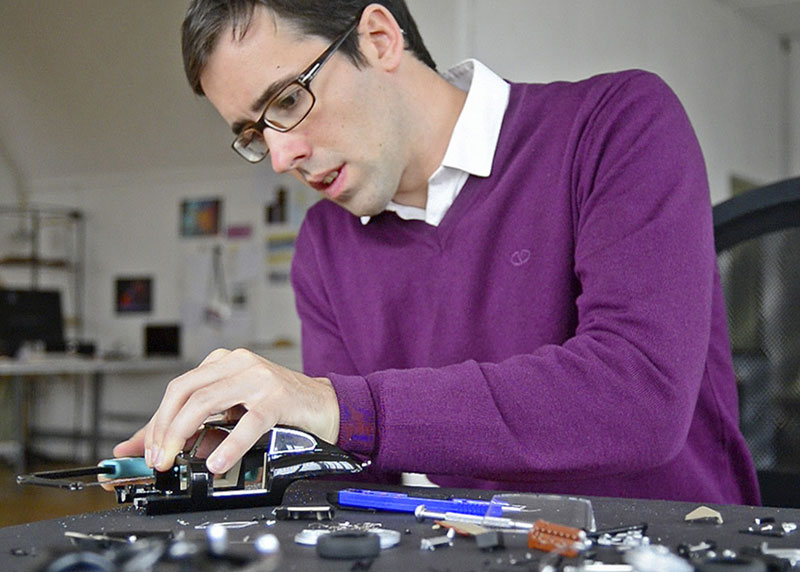 Limited editions of 25 prints per image (120 cm X 70 cm) are available through the MB&F M.A.D Gallery (Price: CHF 1’900. including VAT). Located in Geneva, Switzerland, The MB&F M.A.D.Gallery is a place of kinetic art where horological machines and mechanical art devices reign supreme.

Recreating the Past with Model Cars and Forced Perspective

21 Photos that Capture the Exact Moment of Impact