Last November, photographer Tim Dodd found himself the lone bidder of a Russian high altitude space suit on an auction website called RRauction and he’s been scheming how to best use the suit ever since. On his website, Dodd explains that he’s recently been revisiting his childhood love for space and his obsession was growing “stronger and stronger”.

Dodd decided that the best use of the suit was to project his inner child, the one that still dreams about space. And that’s how, A day in the life of Everyday Astronaut, was born. It’s Dodd’s first photo series (he’s a seasoned wedding photographer) and judging from the standalone Facebook page, Everyday Astronaut will (hopefully) become an ongoing photo series.

If you have time, I also highly recommend you check out Dodd’s essay/photo series on his friend Taylor Morris. It is incredibly powerful and moving. 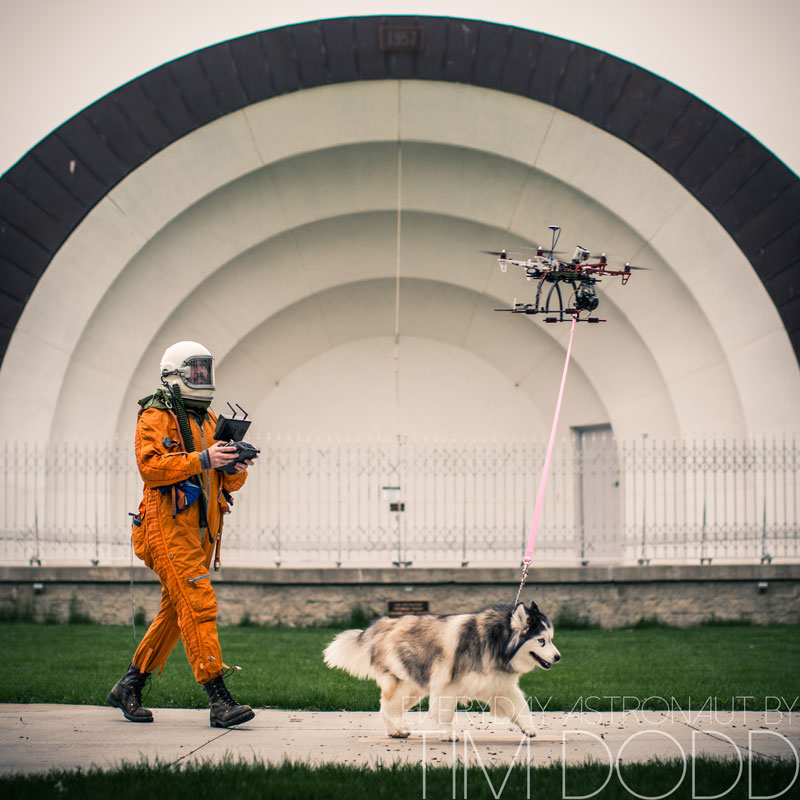 Intimate Portraits of Cosplayers at Home

Playing with the Moon by Laurent Laveder