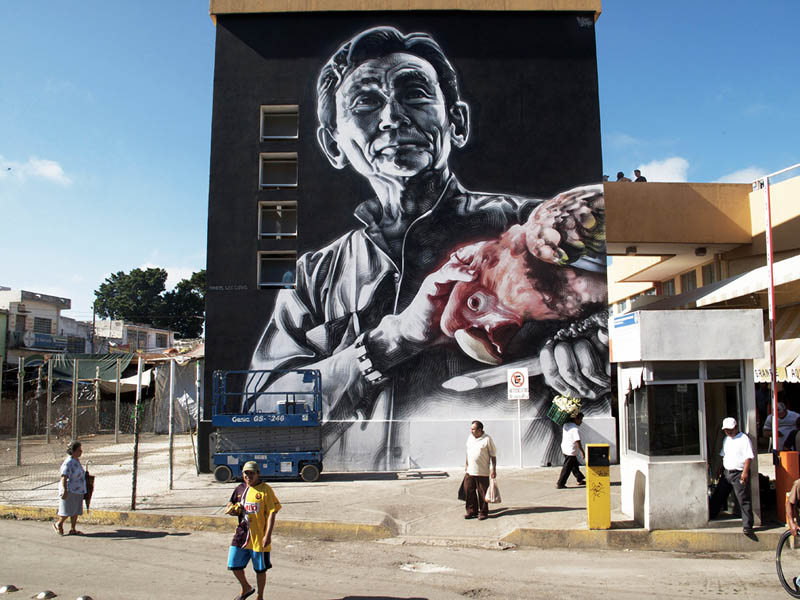 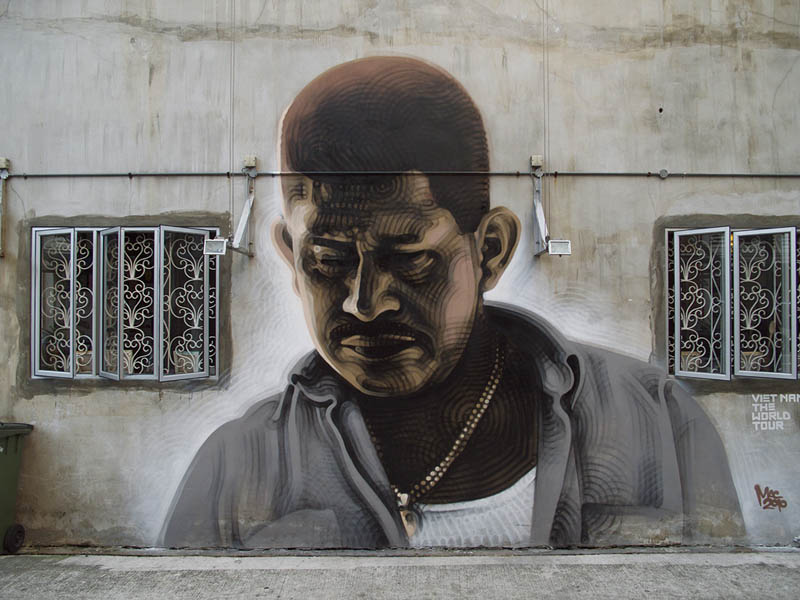 6. Skid Row (Blessed Are the Meek)

Background by Retna, based on a photo by Estevan Oriol. Los Angeles, 2010

Background by Retna. Spraypaint and acrylic on stucco. Los Angeles, 2011 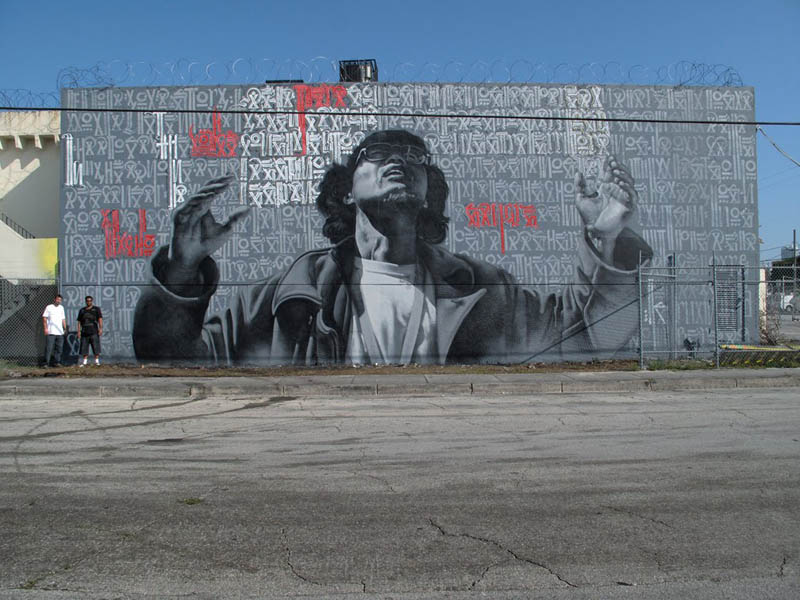 Born in Los Angeles in 1980 to an engineer and an artist, El Mac has been creating and studying art independently since childhood. His primary focus has been the lifelike rendering of human faces and figures. He has drawn inspiration from the surrounding Mexican & Chicano culture of Phoenix and the American Southwest, religious art, pin-up art, graffiti, and a wide range of classic artists such as Caravaggio, Mucha, and Vermeer. He began painting with acrylics and painting graffiti in the mid ’90s, and has since worked consistently towards mastering his signature portrait style. Around 1998 he began to paint technicolor aerosol versions of classic paintings by old European masters. This led to being commissioned in 2003 by the Groeninge Museum in Brugge, Belgium to paint his interpretations of classic Flemish Primitive paintings in the museum’s collection. He has since been commissioned to paint murals across the US, as well as in Mexico, Denmark, Sweden, Canada, South Korea, Belgium, Italy, The Netherlands, Puerto Rico, Spain, France, Singapore, Germany, Ireland, and Vietnam.

Some of his murals have become local landmarks, especially his collaborations with Retna, which combine Mac’s representational figures with Retna’s abstract lettering and designs. In 2008 he created a 100+ foot wide mural for an installation at the Denver Botanic Gardens, and also participated in the Manifest Hope art show during the Democratic National Convention in Denver. His art was used for a Juxtapoz magazine cover feature in 2009, and the cover of LA Weekly for a feature on the Seventh Letter collective. He has painted large murals during Art Basel in Miami the last three years in a row. 2009 brought a sold-out solo show at Fifty24SF Gallery in San Francisco, a two-man show with Retna at the Robert Berman Gallery at the Bergamot Station in Santa Monica, along with the publication of a book about Mac & Retna’s artwork published by Upper Playground/Gingko Press. There was also a limited edition Montana spraycan produced in Spain with their artwork on it. In 2010 he painted a large mural on the museum of contemporary art (MARCO) in Monterrey, México as part of the Seres Queridos project.

Mac continues to focus primarily on creating more public art in different parts of the world, painting photorealistic canvases, and evolving his brushwork style. His intent is to uplift and inspire through careful, perfectionist renderings of both the sublime and the humble. Most especially he enjoys the simple challenges and rewards of painting. 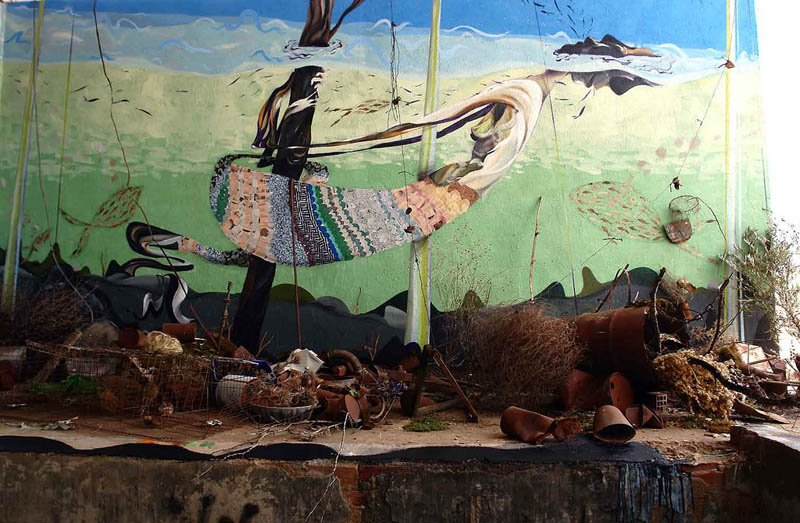