Visions of Cities Without People

Lucie & Simon are a self-taught artistic duo living and working out of Paris, France. In their post-apocalyptic series entitled Silent World, the artists empty famous places in major metropolises like New York, Paris and Beijing. In each striking capture lies a symbolic character that brings a narrative feeling to the image.

The haunting photographs were created using a neutral density filter that allows for extra-long exposures, which removes moving objects like people and cars. Below you will find a small selection of this fascinating series. To see all 30 photos in large full-screen format, be sure to visit Lucie & Simon’s official site. There is also a 7-minute short film at the bottom of this post which sets the Silent World images to music. It certainly adds to the whole experience and is worth checking out.

Littered below you will also find various excerpts from interviews found on their website. Enjoy!

WHEN AND HOW DID YOU MEET AND DECIDE TO WORK TOGETHER?

We met in 2004 in a photo lab in Paris and became very close friends, sharing about our works and ideas, and ending up a few months later behind a single camera.

We work together since 6 years now mostly using photography, but also video and installations. We are just passionate about arts in general, whatever the means. [Source]

HOW DO YOU COLLABORATE WHEN YOU WORK ON A CERTAIN SERIES?

We discuss a lot about everything. First comes the idea of a series, we talk about the message, how to realise it, etc… Then we scout a lot, do some drawings together to prepare the images, and realise them. It is a long process, where each of us brings something to the other continuously. It is a very interesting process, everything is about the exchange, and we couldn’t work without each other anymore. [Source]

6. Courtyard of the Louvre, Paris

DO YOU HAVE ANY PHOTOGRAPHERS OR ARTISTS AMDIRE?

Our idol is August Sanders who captured with simplicity and like no one else people and landscapes of his time.
We also admire, Diane Arbus, or Lewis Hine, Philipp LLorca di Corcia, Andreas Gursky and Thomas Struth, Maurice Tabard for his poetic images, Hiroshi Sugimoto, or more recently people like Georges Rousse who work in the frontier between photography and installation. [Source]

WHAT DOES PHOTOGRAPHY MEAN TO YOU?

What we love in Photography is the capability to explore various emotions and universes in a single image. It is frozen, and therefore terribly mysterious. We love mysterious and imaginary things. [Source] 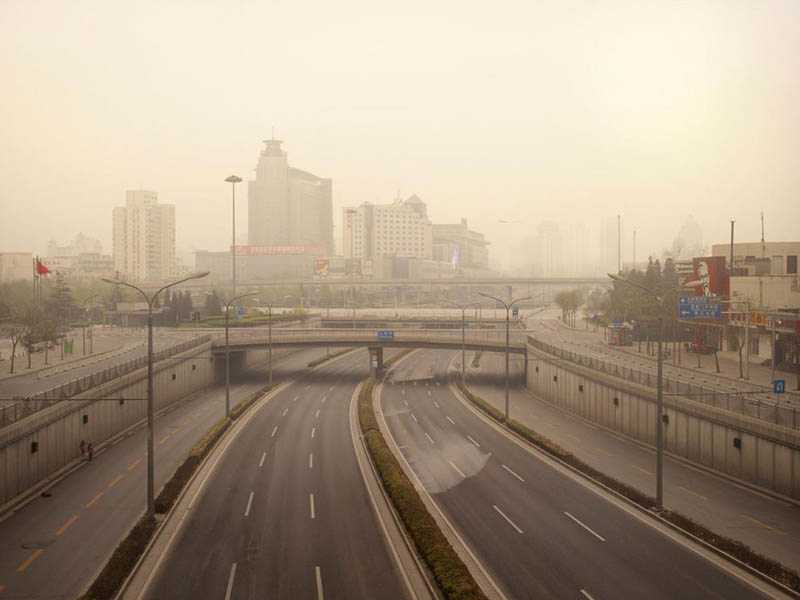 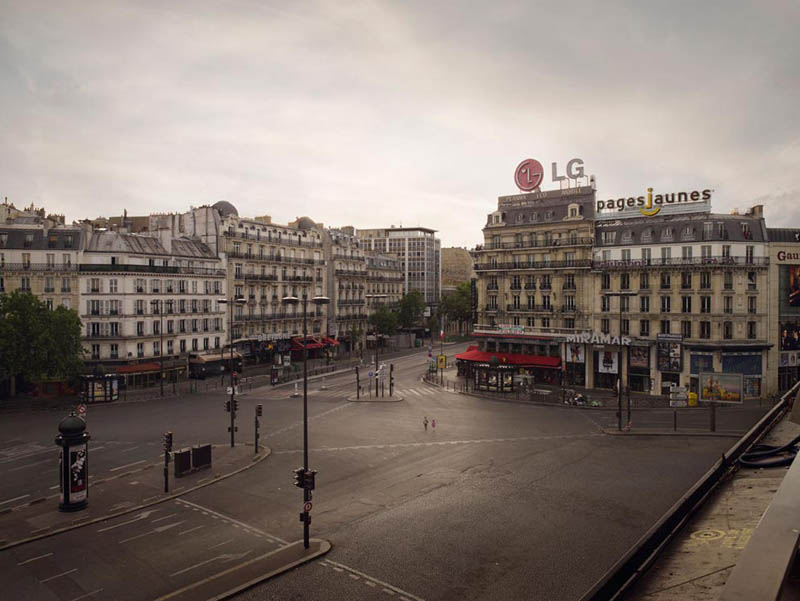