3Doodler is a $75 3D Printing Pen, hailed as the world’s first by co-founders Peter Dilworth and Max Bogue. The two launched a Kickstarter fundraising campaign yesterday (Feb. 19, 2013) and in less than 24-hours the campaign has gone viral with 5,800 backers pledging over $518,000; well ahead of their initial $30,000 goal. Oh and there is still 32 days of fundraising to go.

Below you will learn everything you need to know about this fun little product, from how it works to what it’s not and where to learn more. 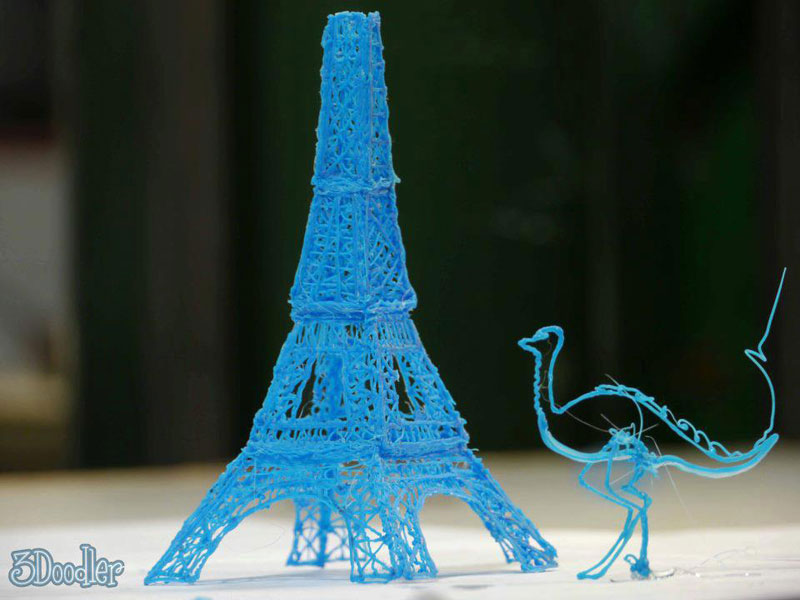 How Does it Work?

3Doodler uses ABS plastic. After being plugged in, the 3Doodler can draw in the air or on surfaces. As the pen draws, it extrudes heated ABS plastic which quickly cools and solidifies into a stable structure. They achieved this by taking a heated extrusion head off a standard 3D printer and incorporating it into a standalone device. Like a hot glue gun, a single piece of plastic is fed through the top, coming out melted through the tip.

Two buttons on the side allows a user to control the speed of extrusion (fast & slow). To draw 3D objects in real-time, a user must extrude at the slow speed setting so the plastic has time to cool down (as seen in the gif above). 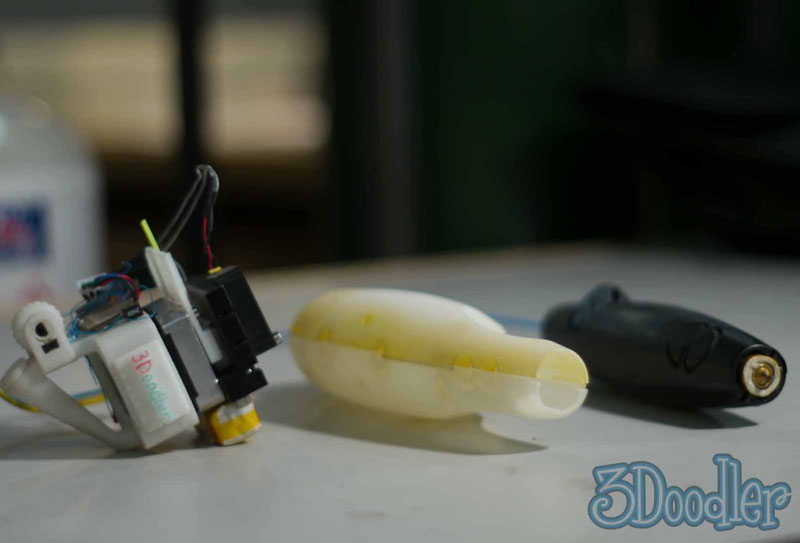 What if I can’t draw?

At the end of the day, it’s just a pen (albeit a pretty cool one). If you can’t draw with a ‘2D’ pen your skills are not going to magically change. The developers hope to address this issue with the use of stencils; kits that will help users create objects by tracing lines and designs on a flat sheet of paper and ‘welding’ them together using the 3Doodler (see Eiffel tower stencil above). Think of it as a model and you’re just prefabricating the pieces for future assembly.

If this product wants a chance at mainstream adoption it will depend on the community that forms around the stencil kits and how rich and freely accessible they become. 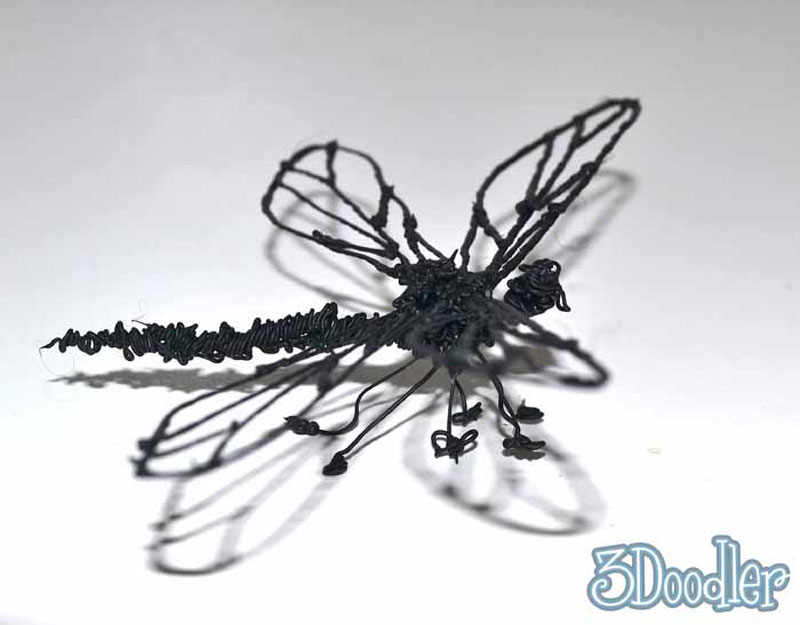 – The 3Doodler is 180mm by 24mm
– The pen weighs less than 200 grams or 7 ounces, although the exact weight will depend on the final shell specs
– 3Doodler will use a universal power supply. Provided you have the correct adapter for your country, 3Doodler will work on 110v or 240v
– The 3Doodler takes 1 to 2 minutes to warm up
– The pen itself has a metal tip that can get as hot as 270C and is not recommended for children under 12 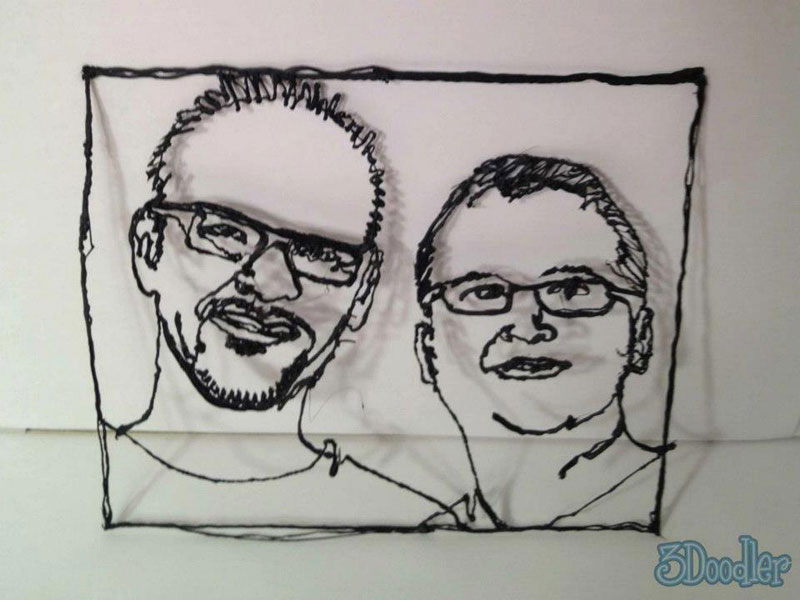 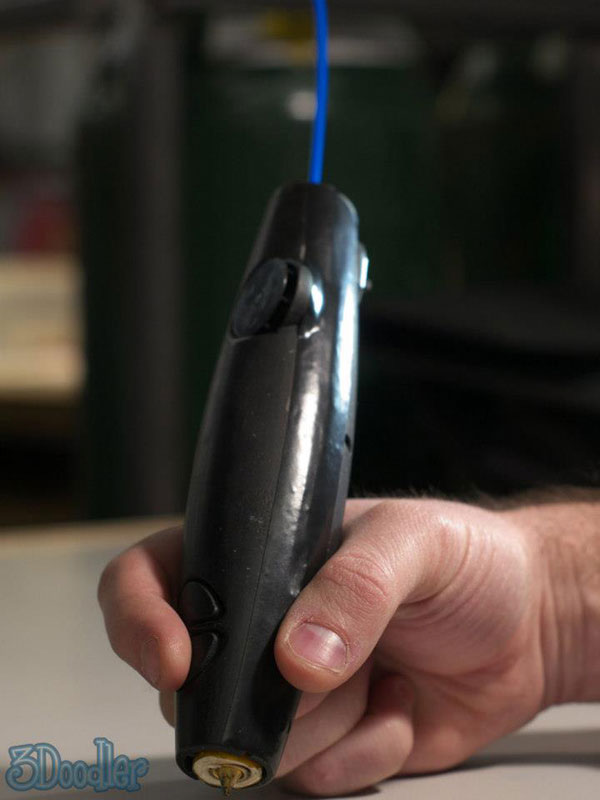 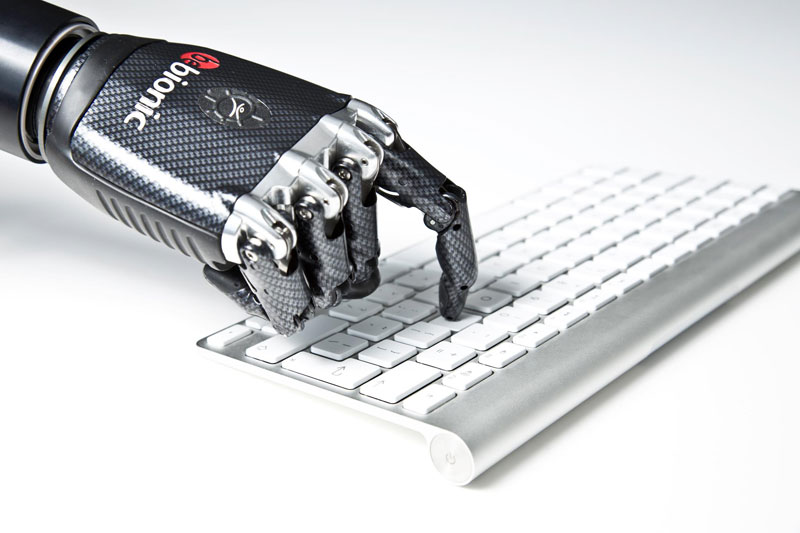