Ever Seen a Sculpture with a Gigantic Head?

What does it mean? Is man to smart for his own good? Does the over-sized head represent our massive egos? Is our self-importance weighing us down? Perhaps it’s the burden of self-realization? Okay I’ll stop with the corny cliches now 😛

Not much is known about the German artist Thomas Lerooy. I know his work is currently featured at Galerie Rodolphe Janssen. I also know that I love these sculptures! Thomas displays incredible sculpting skill and the pieces exude that classic traditional look and feel. Check out the limited images below as well as the gallery’s description of Lerooy’s work. 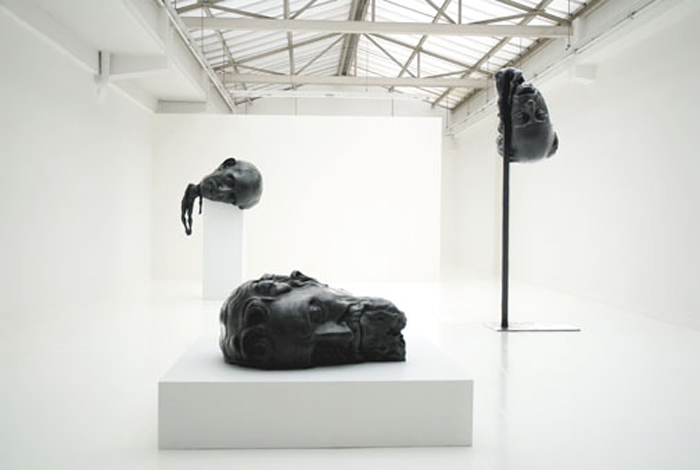 The technique used by Thomas Lerooy, i.e. the disproportional enlargement of the head, is a typical trade mark of caricatured humour. However the result he creates, reaches much further than that of a stereotyped joke.

In a highly intelligent way he plays with a number of visually contradictory propositions. By applying an almost maniacal solidity in both production and finish, as well as the use of a plinth to emphasize the artistic pretensions of the statue, he places his sculptures within the highest traditions of the sculptural art, while conversely he purposefully undermines other conventions – such as proportion, symmetry and balance.

Moreover, in his hands, Thomas Lerooy moulds the monumental tradition of the sculptural art by combining a static portrait pose with captured movement, through which he creates extreme contradiction and grotesque tension. The torsos strive to represent a powerful or elegant posture, however, ultimately their poses become pathetic due to the passiveness of their busts. 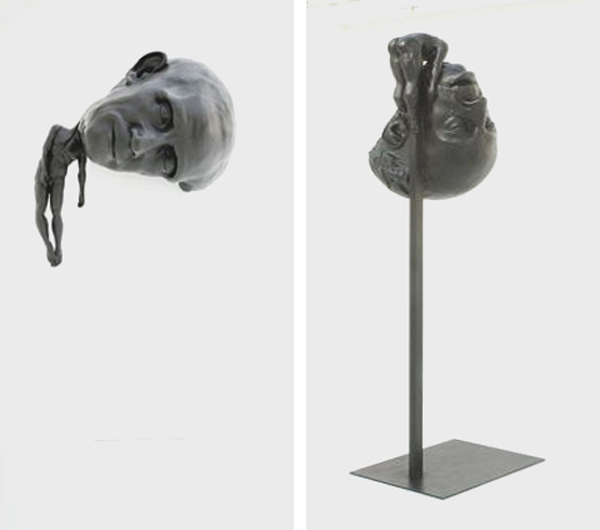 
If you enjoyed this article, the Sifter highly recommends: HYPER-REALISTIC SCULPTURES BY RON MUECK