Using a high-speed carving tool called a paragraver (quite similar to a dentist’s drilling tool), Briain Baity creates incredibly intricate works of art using the most fragile of mediums, an egg. Carving an egg shell requires a very steady hand and lots of patience. Brian’s work has not only been featured in exhibits around the world, but he has also won a number of contests.

Below you will find a small collection of his award-winning work. Be sure to check out his official site for more information and samples of his awesome art, including some fascinating gourd carvings. Enjoy! 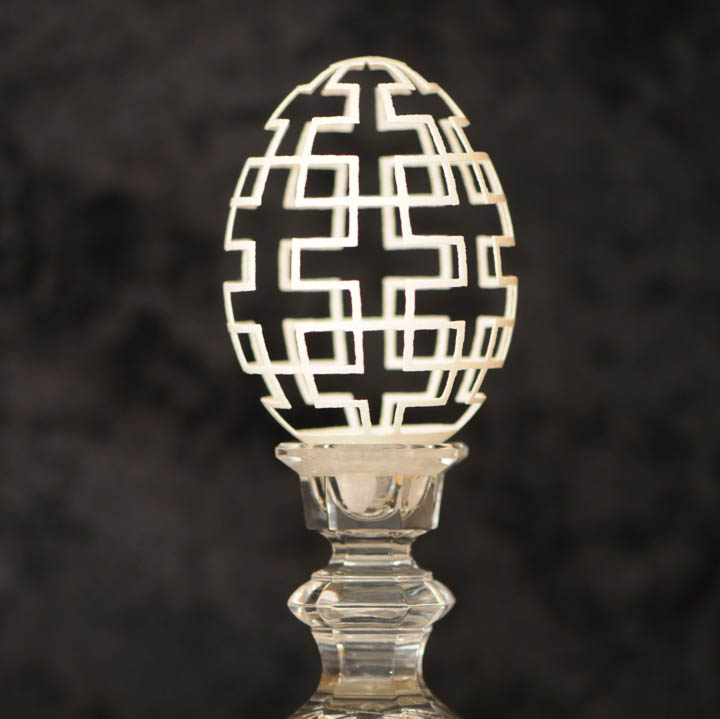 Brian began carving in 2005 when he purchased a high speed carving tool from Profitable Hobbies. This is not to say that he found art at that time, as he has dabbled in drawing and painting since a very young age. While enlisted in the US Air Force, stationed in Valdosta Georgia, Brian attended a few freshman art classes and found a love for sculpture.

After leaving Georgia that interest waned, as other interests seemed more important. Recently he rediscovered his love of art and newfound appreciation for working with his hands. Brian is also quite fond of Bonsai. The beauty and elegance of a trained tree is testament to the people with the patience to dedicate a lifetime to creating living art, which will outlive its creator.

Brian also participates in competitive barbeque, forming a team with his wife and aunt. Other interested include a fascination with pre-1970?s British sports cars, specifically MG’s. Brian is a member of the following organizations: 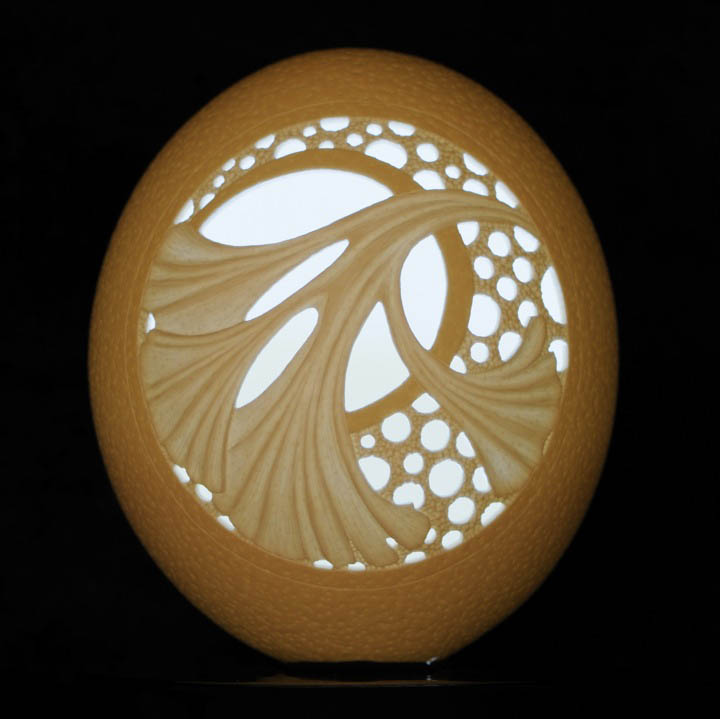 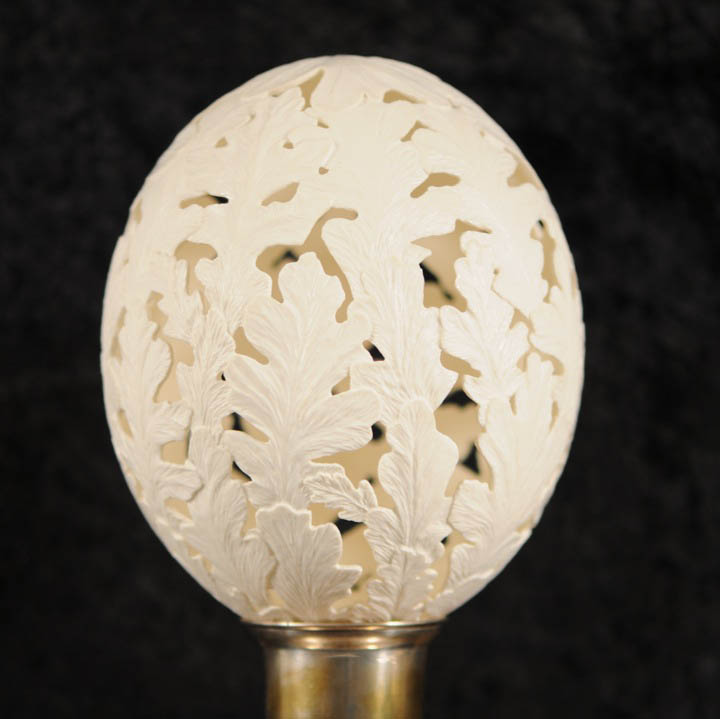 “This is my first carved eggshell. The truth be known, I never intended to carve eggshells. I thought to carve gourds and gunstocks and who knows what else. One afternoon I sat down with this eggshell (the only one I bought when I acquired my Paragraver) and created this.

I was hooked then and there. The challenge of working with this most fragile form is a great enjoyment and some pretty amazing creations can be made. The egg is also significant in many cultures around the world. Having the ability and opportunity to create one of a kind art forms on such a significant form will always hold me in awe.” – Brian Baity 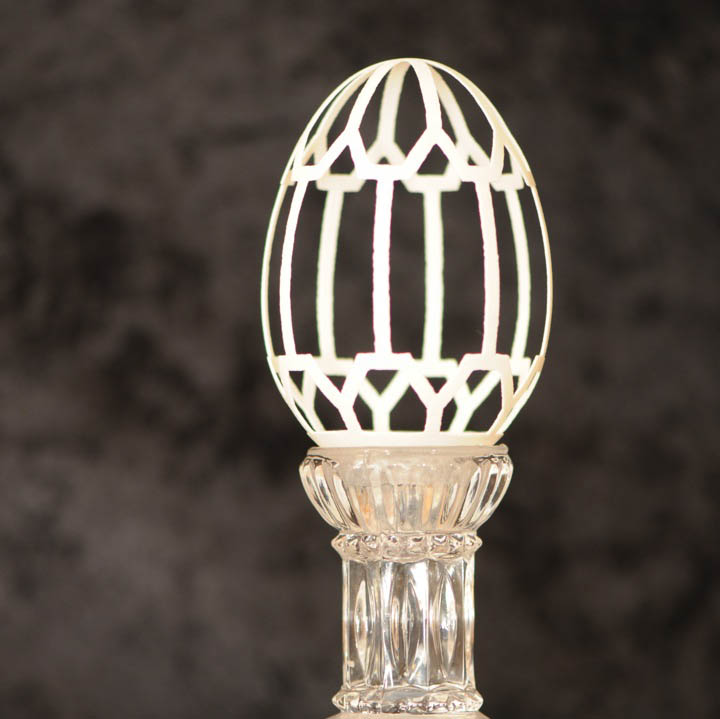 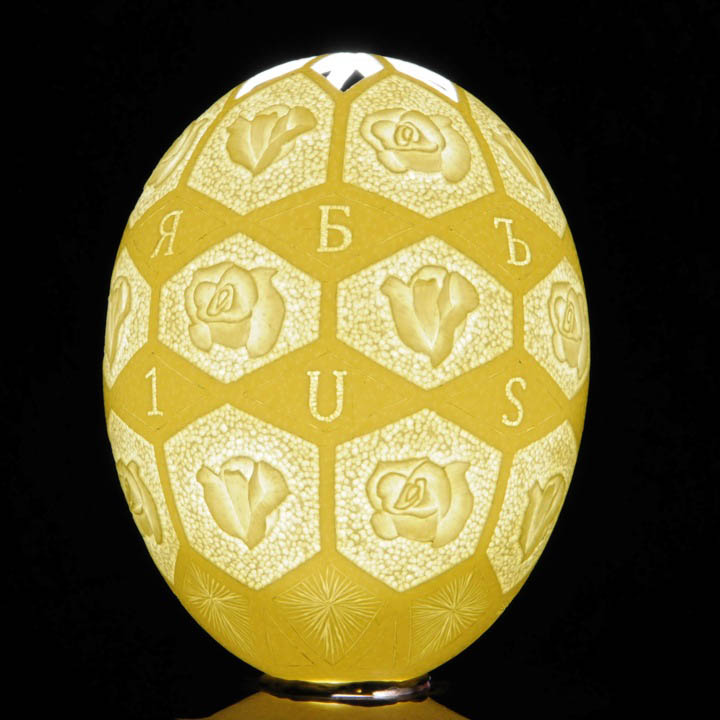 “This is my first egg which earned notoriety. It was a winner in a contest sponsored by the Malcolm Forbes Art Gallery in New York City. For winning the contest I was privileged to have this creation displayed in the Forbes Art Gallery for a month.

After it returned to Utah it has won numerous first place awards in carving contests and more than one best of division awards as well. It also has been exhibited at the Utah Cultural Celebration Center, Patrick Moore Art Gallery and two museums in Bulgaria.” – Brian Baity 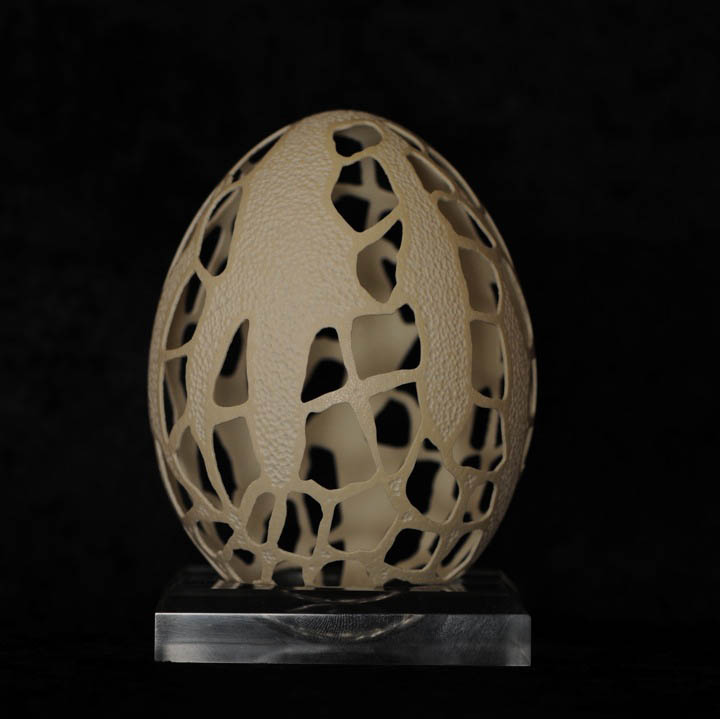 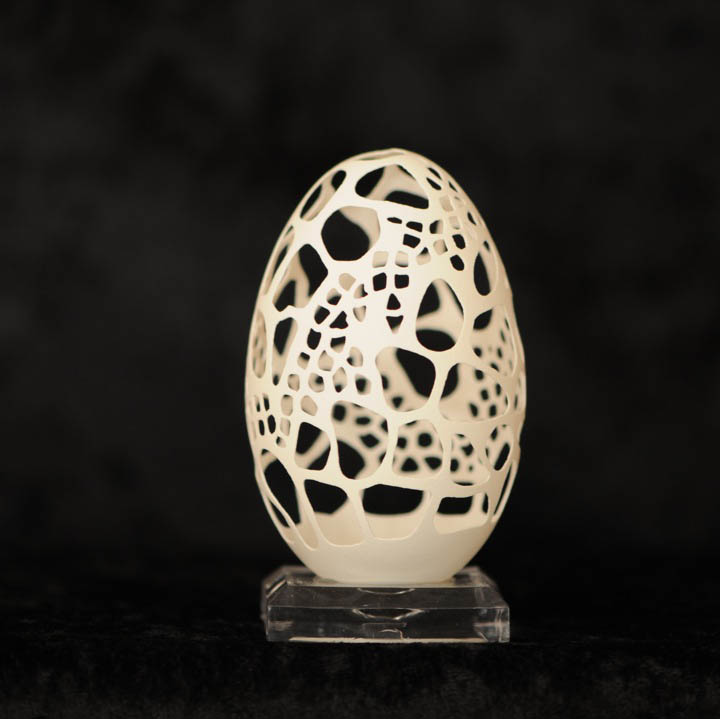 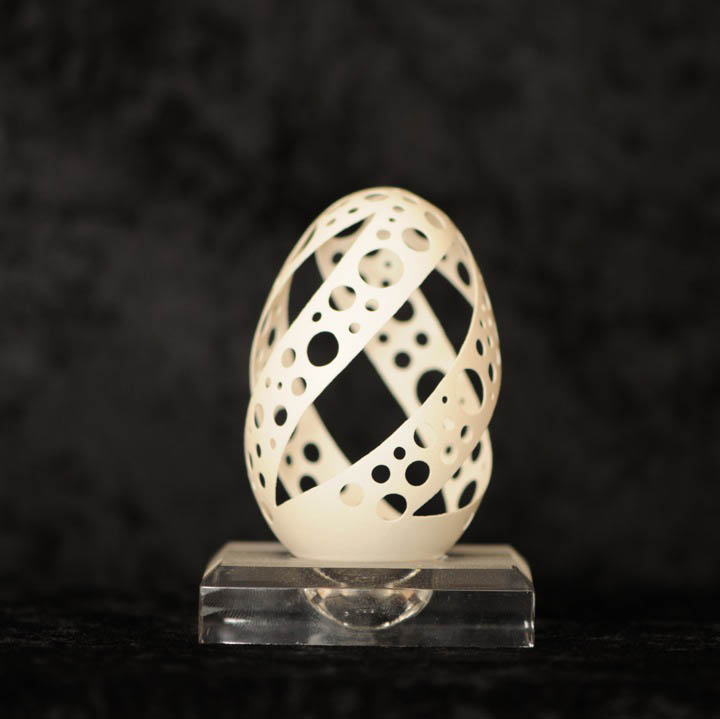 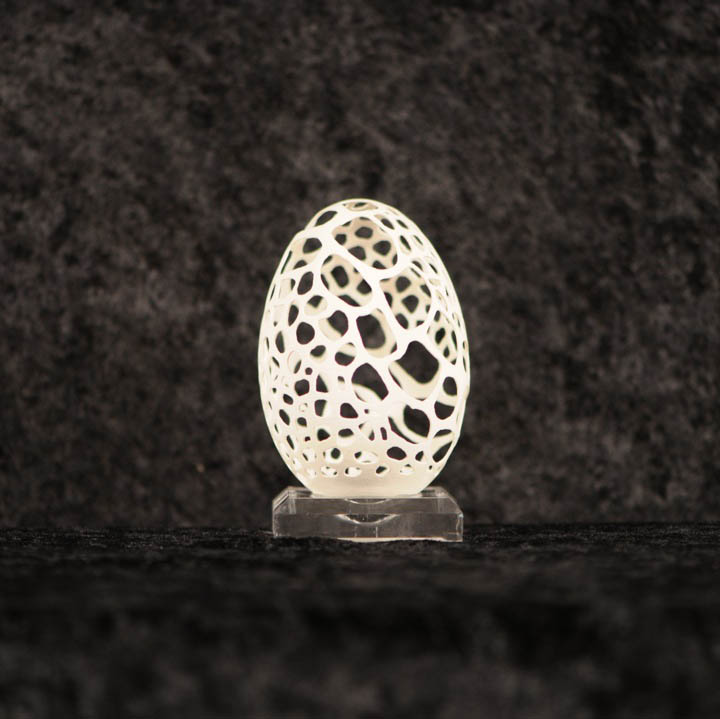 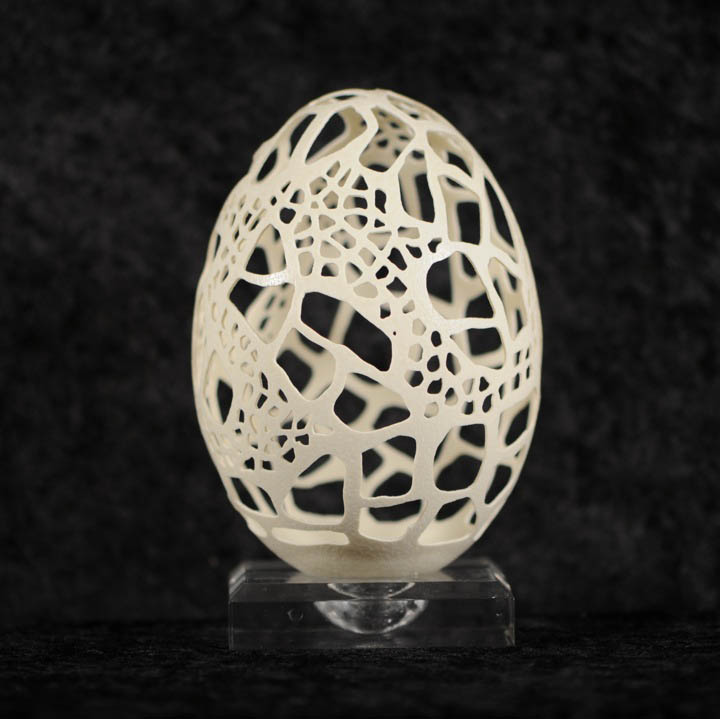