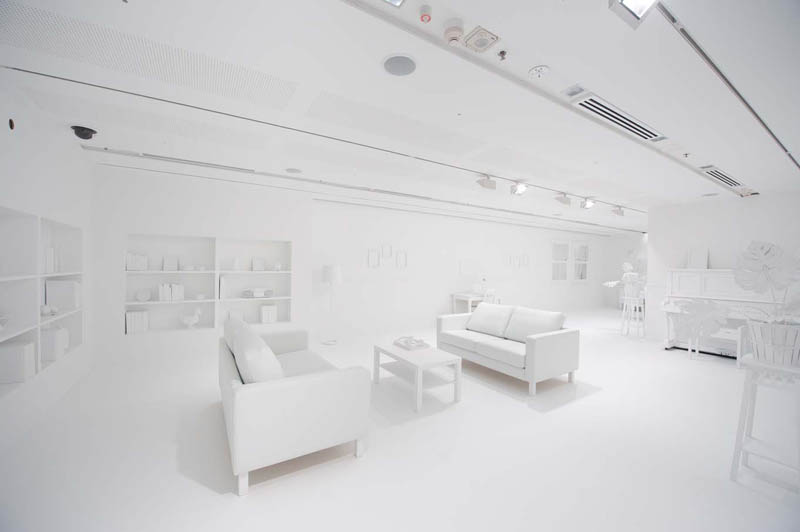 The Obliteration Room 2011 revisits the popular interactive children’s project developed by Yayoi Kusama for the Queensland Art Gallery’s ‘APT 2002: Asia Pacific Triennial of Contemporary Art’. In this reworked and enlarged installation, an Australian domestic environment is recreated in the gallery space, complete with locally sourced furniture and ornamentation, all of which has been painted completely white. While this may suggest an everyday topography drained of all colour and specificity, it also functions as a blank canvas to be invigorated — or, in Kusama’s vocabulary, ‘obliterated’ — through the application, to every available surface, of brightly coloured stickers in the shape of dots.

As with many of Kusama’s installations, the work is disarmingly simple in its elemental composition; however, it brilliantly exploits the framework of its presentation. The white room is gradually obliterated over the course of the exhibition, the space changing measurably with the passage of time as the dots accumulate as a result of thousands and thousands of collaborators.

Interactivity became an important component of Kusama’s work in the mid to late 1960s, when her solo public performances expanded into participatory happenings. A product of the postwar Avant-garde, which almost immediately crossed over into popular culture, or at least underground counter culture, happenings developed as unconventional performance events increasingly relying on audience reaction and direct participation. Kusama’s happenings, known as ‘body festivals’ — or ‘orgies’, as they were often sensationally reported in the mainstream press — typically provided platforms for spontaneous and improvisatory behaviour within conceptual and aesthetic frameworks determined by the artist. Often involving public nudity — the artist hoped to contrast the beauty of the youthful human body with the violence of the US–Vietnam War — they challenged prevailing moral frameworks. [Source] 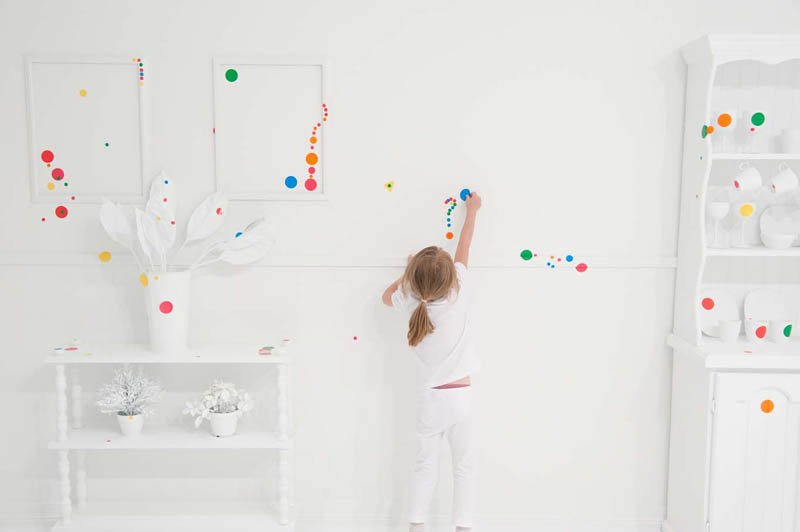 18 National Flags Made From Food