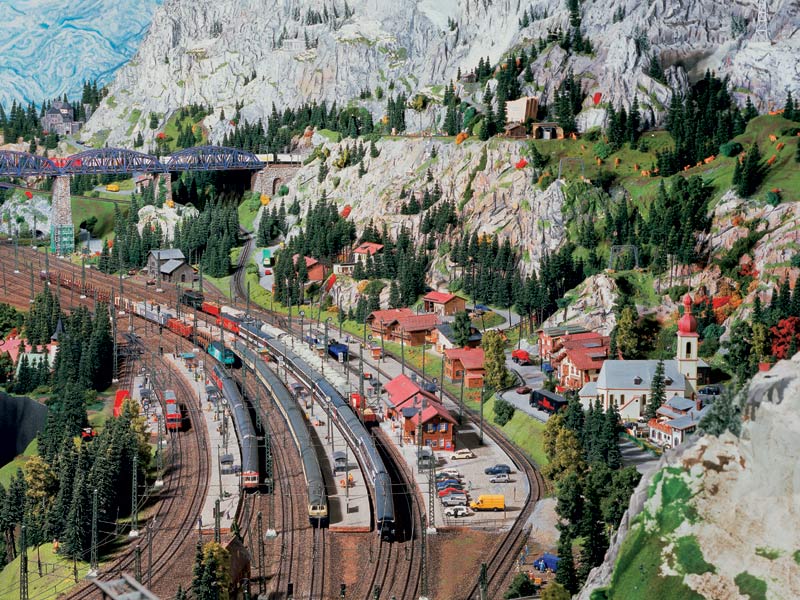 Miniatur Wunderland in Hamburg, Germany, is home to the world’s largest model railway, with miniature replicas of famous destinations around Europe and America. The level of detail is incredible and the figures are simply mind-boggling:

Check out the small sample of pictures below along with information on how Miniatur Wunderland started. For further information and photographs, please visit: miniatur-wunderland.com

MINIATUR WUNDERLAND – HOW IT BEGAN

Frederik Braun and his then-girlfriend and now wife, were visiting the alpine city of Zurich in July 2000. Sauntering through the alleys of Zurich’s center, they came across a railway model shop, which at once evoked childhood memories in Frederik.

During the following hours, the idea of realizing the long forgotten childhood dream became more and more mature. On the very same day he called his twin brother Gerrit and surprised him with the following words: “We are going to build the largest model railway in the world.”

Gerrit, who is more rational and skeptical by nature, doubted Frederik’s state of mind and didn’t take the idea too seriously. However, after having received about six more calls from Frederik enthusiastically presenting new ideas about this topic, Gerrit realized that his brother was very serious about it. So, he started thinking about the project from an economic and technical point of view.

Gerrit had been infected by this idea as well. The two brothers passed the coming days intensely planning their dream despite many doubts and misgivings from their environment. Only a few days after Zurich’s enlightenment both of them were sure that they would engage in this adventure. 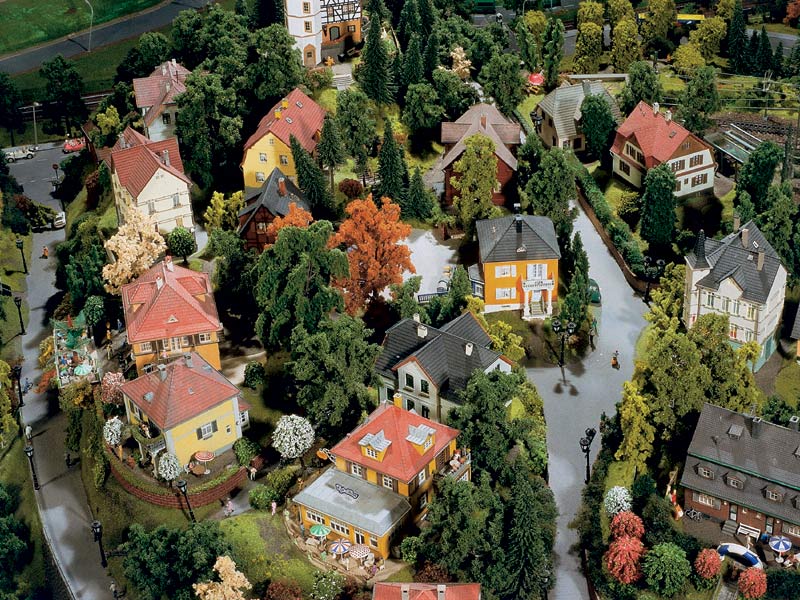 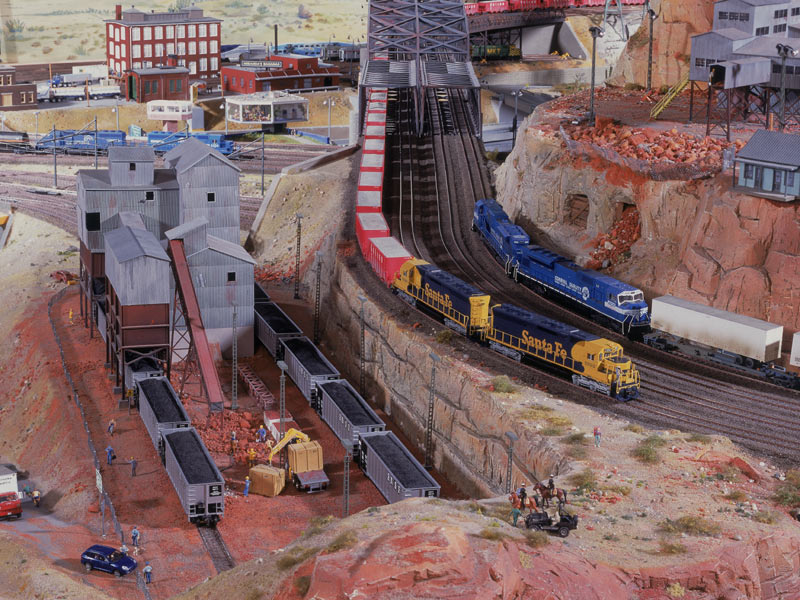 The Miniatur Wunderland has been constantly growing since 2001. Having started with two layout areas, Harz and Southern Germany, the Wunderland has openend the eighth area, Knuffingen Airport, in May 2011. More layout areas have already been planned until the year 2014.

Other areas currently include: Hamburg, Austria, United States of America, Sweden, Norway, Denmark, Finland and Switzerland. The next two destinations slated to be built are France and Italy.

All parts are built to a scale of 1:87. Much of the technology is custom-created as many of the stock components were not designed for continuous operation. 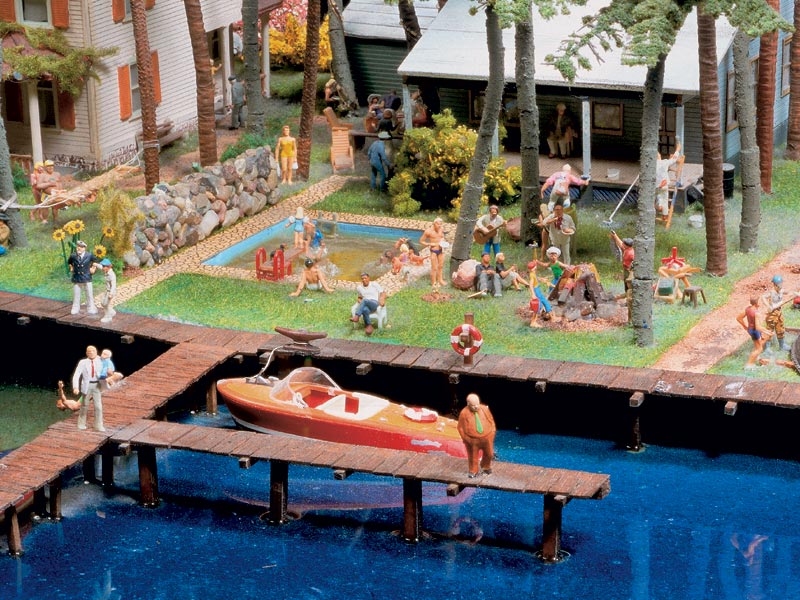 The Wunderland is open year round from 9:30am – 6:00pm. Guided and behind the scenes tours can be booked in both German and English. Entrance fees are as follows: 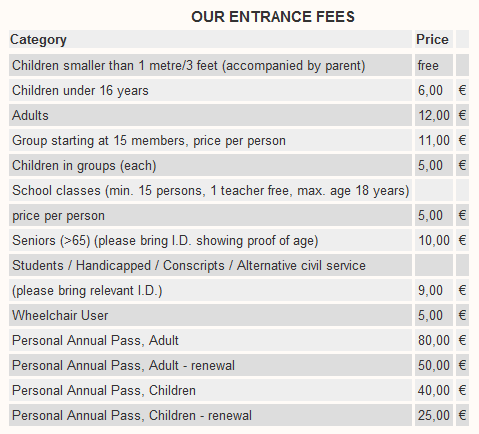 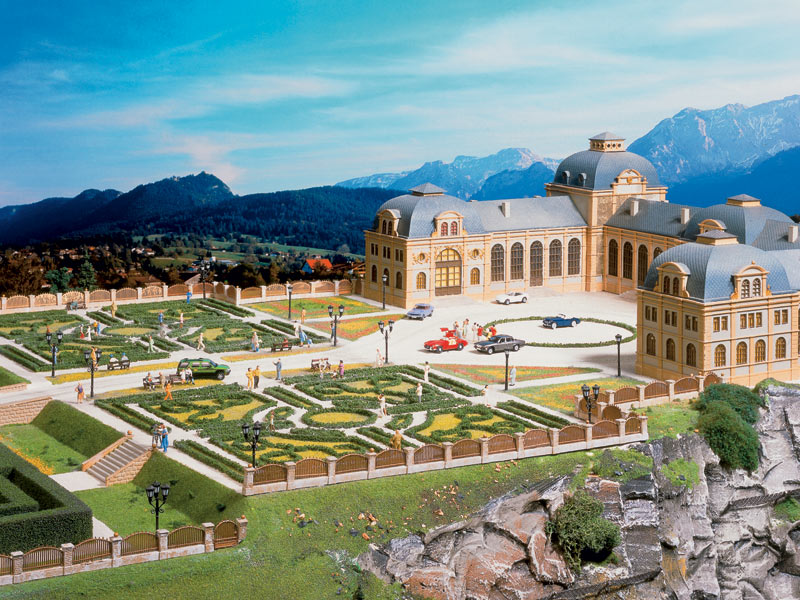