Picture of the Day: Jaw-Dropping 3D Fresco by Andrea Pozzo 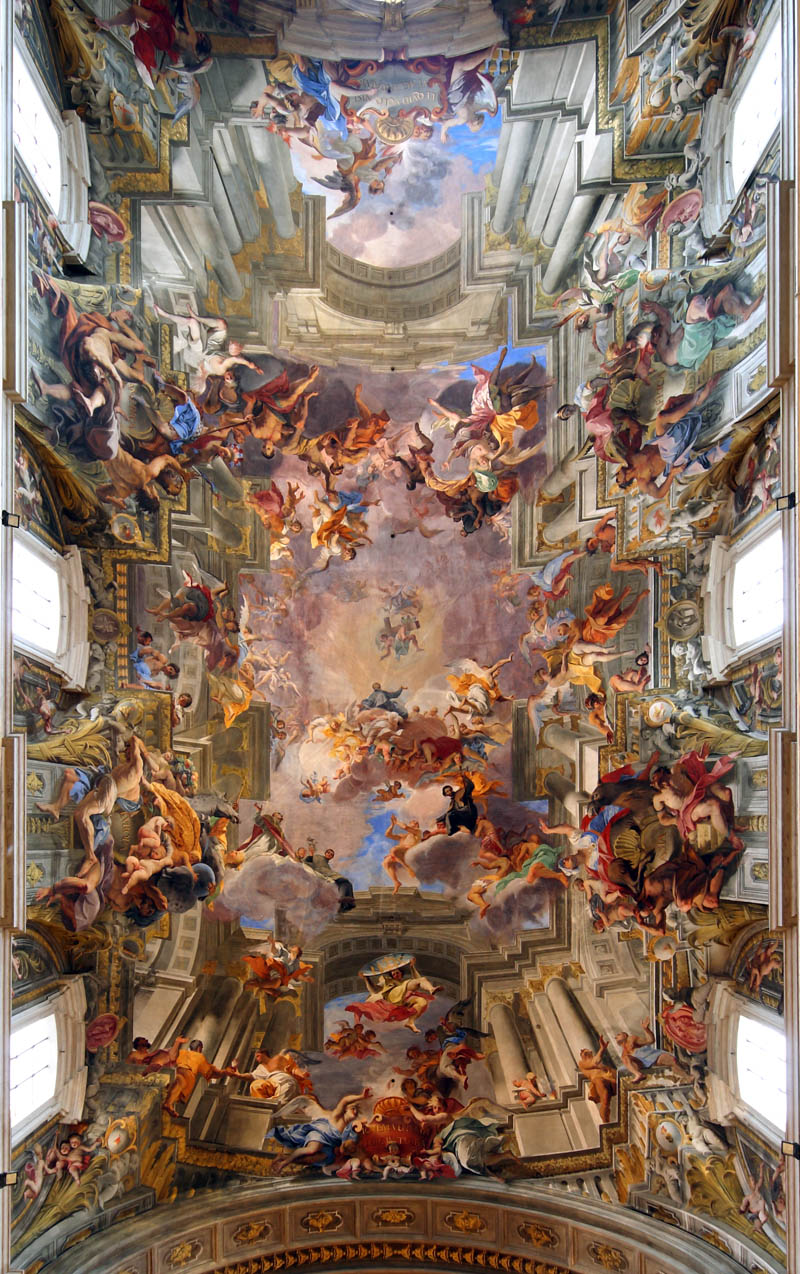 Andrea Pozzo was an Italian Jesuit Brother, Baroque painter and architect, decorator, stage designer, and art theoretician. He was best known for his grandiose frescoes using illusionistic technique called quadratura, in which architecture and fancy are intermixed. His masterpiece is the nave ceiling of the Church of Sant’Ignazio in Rome. Through his techniques, he has become one of the most remarkable figures of the Baroque period.

His masterpiece, the illusory perspectives in frescoes of the dome, the apse and the ceiling of Rome’s Jesuit church of Sant’Ignazio were painted between 1685–1694 and are a remarkable and emblematic creation of High Roman Baroque. For several generations, they set the standard for the decoration of Late Baroque ceiling frescos throughhout Catholic Europe

On the flat ceiling he painted an allegory of the Apotheosis of S. Ignatius, in breathtaking perspective. The painting, 17 m (55.7 ft) in diameter, is devised to make an observer, looking from a spot marked by a brass disc set into the floor of the nave, seem to see a lofty vaulted roof decorated by statues, while in fact the ceiling is flat. The painting celebrates the missionary spirit of two centuries of adventurous apostolic spirit of Jesuit explorers and missionaries. [Source]