Picture of the Day: Space Graffiti 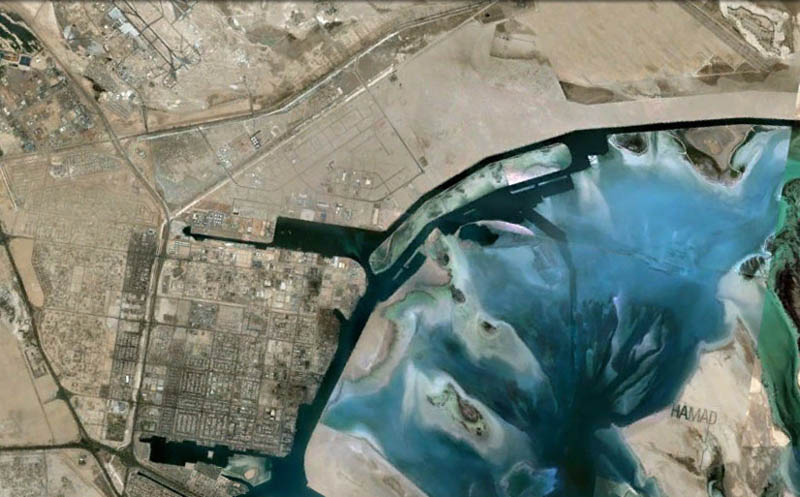 The letters are dug so deep that they form an artificial waterway when filled with seawater. As a member of the ruling family of the oil-rich nation, Hamad is used to living it large. He built a pyramid to house 200 of his personal cars. He also built the world’s largest truck, large enough to build four bedrooms in the cabin. Oh yes, and he has a motor home shaped like the Earth, exactly one-millionth the size… of the Earth.

Needless to say, Hamad didn’t dig this latest extravagance by himself with a bucket and spade. He had some help from a team of his workmen who took weeks to complete the endeavor. There’s no word on how much it cost to dig.

Alongside his lavish displays of wealth he has become a well-known philanthropist in medicine and supplied a complete kidney stone operating theatre to a public hospital in Morocco where he continues to fund its staff. [Source: Daily Mail]