Picture of the Day: The Lion Monument of Lucerne, Switzerland 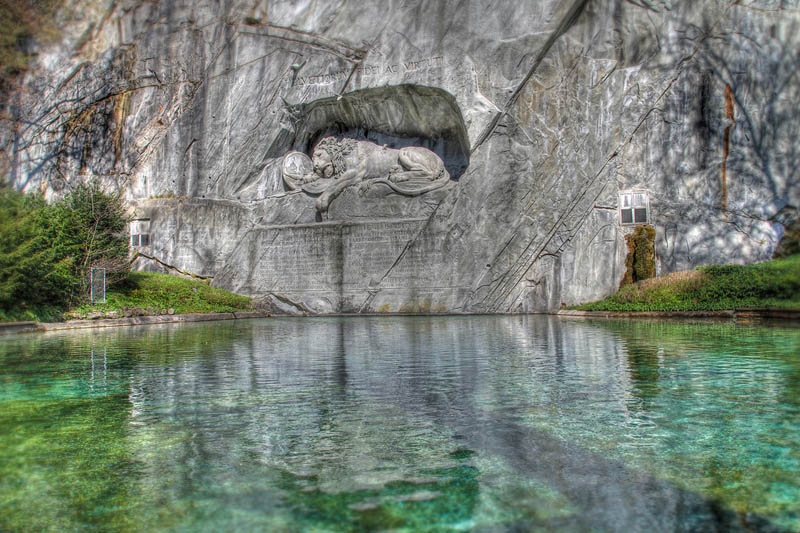 THE LION MONUMENT OF LUCERNE, SWITZERLAND 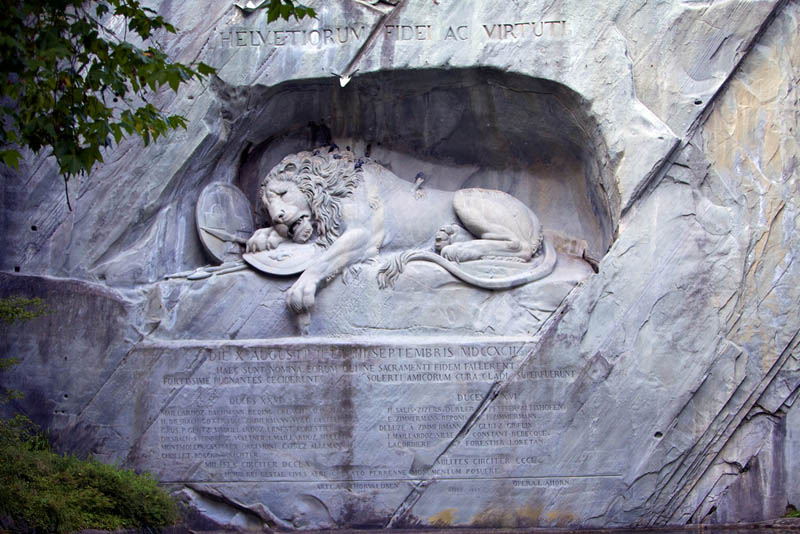 The Lion Monument, or the Lion of Lucerne, is a sculpture in Lucerne, Switzerland, designed by Bertel Thorvaldsen and hewn in 1820–21 by Lukas Ahorn. It commemorates the Swiss Guards who were massacred in 1792 during the French Revolution, when revolutionaries stormed the Tuileries Palace in Paris, France. The American writer Mark Twain (1835–1910) praised the sculpture of a mortally-wounded lion as “the most mournful and moving piece of stone in the world.”

The monument is dedicated Helvetiorum Fidei ac Virtuti (“To the loyalty and bravery of the Swiss”). The dying lion is portrayed impaled by a spear, covering a shield bearing the fleur-de-lis of the French monarchy; beside him is another shield bearing the coat of arms of Switzerland. The inscription below the sculpture lists the names of the officers, and approximate numbers of the soldiers who died (DCCLX = 760), and survived (CCCL = 350).

Mark Twain on the Lion Monument

The Lion lies in his lair in the perpendicular face of a low cliff — for he is carved from the living rock of the cliff. His size is colossal, his attitude is noble. His head is bowed, the broken spear is sticking in his shoulder, his protecting paw rests upon the lilies of France. Vines hang down the cliff and wave in the wind, and a clear stream trickles from above and empties into a pond at the base, and in the smooth surface of the pond the lion is mirrored, among the water-lilies.

Around about are green trees and grass. The place is a sheltered, reposeful woodland nook, remote from noise and stir and confusion — and all this is fitting, for lions do die in such places, and not on granite pedestals in public squares fenced with fancy iron railings. The Lion of Lucerne would be impressive anywhere, but nowhere so impressive as where he is. — Mark Twain, A Tramp Abroad, 1880