Rebranding the BP Logo: The 25 Funniest and Most Creative


As of June 1st, 2010, at least 20 million gallons (75.7 million liters) of oil has spilled into the Gulf of Mexico. This has been a complete and utter disaster for BP in every sense. The timing, the location (i.e., it didn’t occur on the borders of a developing nation), it is all bad for BP right now. Everyone is chiming in and it won’t stop until the leak does.

Greenpeace UK has just launched a campaign/contest urging people to ‘rebrand’ the BP logo and show that they aren’t ‘Beyond Petroleum’ as their slogan suggests. While entries are open until the end of June there have already been over 300 to date! I’ve culled 25 of the more interesting submissions below. (see entire collection here)

From BP Corporate: Our visual identity reflects the revolutionary quality of our business.
Our logo was launched in 2000, and was designed as a dramatic break with tradition. It is unlike any other energy identity, and symbolises a number of things – from the living, organic form of a sunflower to the greatest source of energy…the sun itself.

The colours of the ‘Helios’ – named after the Greek god of the sun – suggest heat, light and nature. It is also a pattern of interlocking shapes: like BP, a single entity created by many different parts working as one. This was particularly relevant, as the new brand was launched after a series of mergers and acquisitions. It united all the heritage companies and employees that now make up BP and its global brand.


THE BP ‘REBRAND’
*In no particular order. Numbered for easy reference 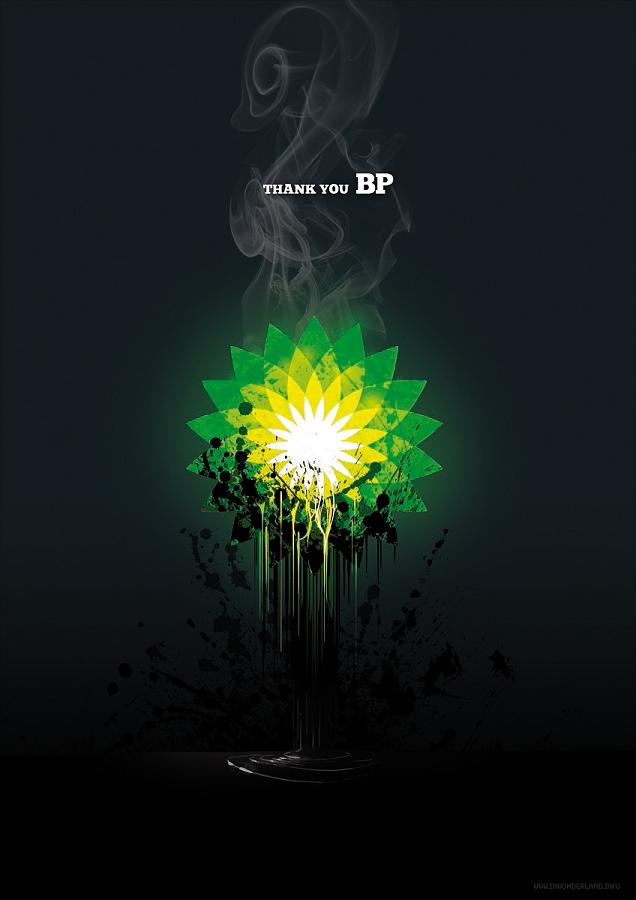 
If you enjoyed this article, the Sifter highly recommends: 25 HILARIOUS ILLUSTRATIONS BY GLENNZ