The Banksy vs Robbo War in Pictures

Back in 1985, graffiti artist King Robbo painted one of London’s earliest pieces in a well known tunnel in Camden. You can see the piece above in all of its original glory.

By 2006, the piece had been heavily abused. Scrawled, sprayed, tagged, the original was barely visible.

December 2009: Enter Banksy stage right. Suddenly there’s a worker spotted ‘wallpapering’ up the graffiti. Robbo is outraged and the battle begins. Reminiscent of the ridiculous East/West coast rap battles of yore, the move stirs up conflict between street art vs graffiti. 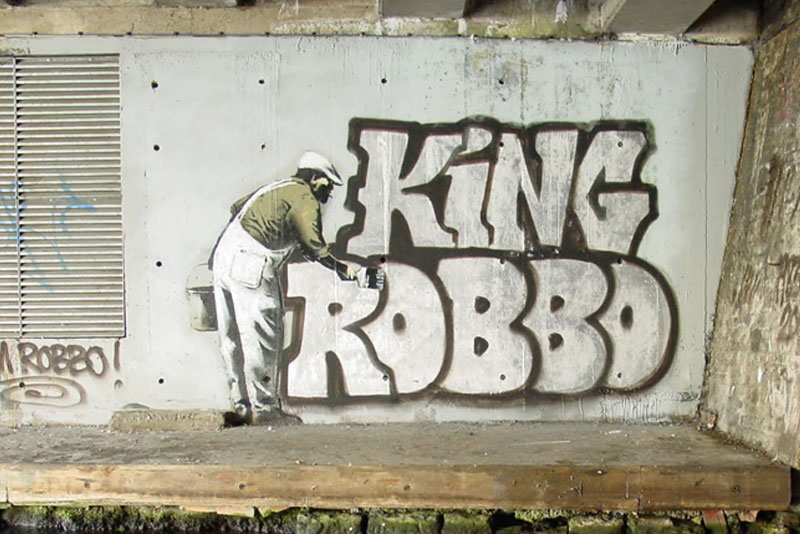 December 25, 2009: After a multi-decade hiatus, King Robbo strikes back on Christmas Day. Insulted and rejuvenated, the King is back and he’s pissed. The media machine starts to salivate. Graffiti folklore about an encounter in the late 90’s between King Robbo and Banksy emerges. The details are hazy but apparently when Banksy was introduced to Robbo, he claimed he had never heard of him and had no idea who he was. Legend has it that Robbo delivered a stern backhand to a then unknown Banksy, proclaiming: “You may have never heard of me but you’ll never forget me”

2010: A few months pass and Banksy finally retorts. Curious onlookers perk up, this is going to get spicy… 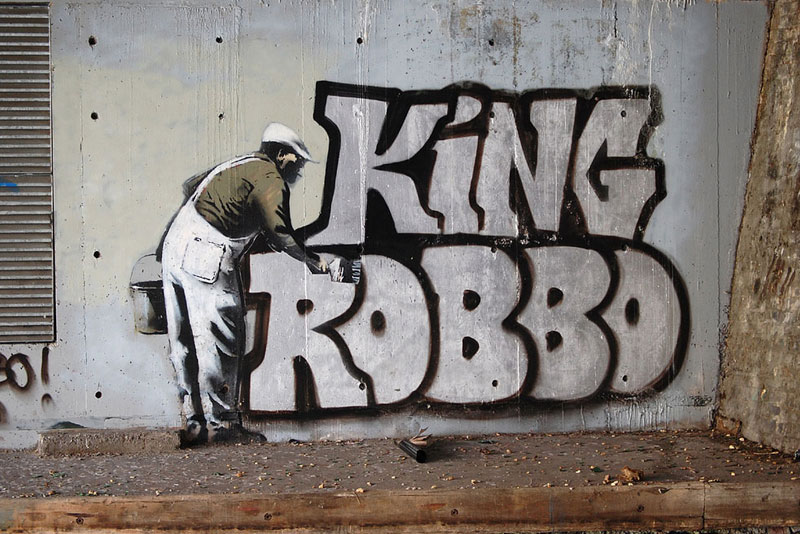 2010: King Robbo is having none of it. A subtle rebuttal if you will.

2010: Fade to black. An anonymous third-party enters the fray and blacks out everything. Could be the city council or perhaps someone just stirring the pot (or trying to end the pettiness), who knows. 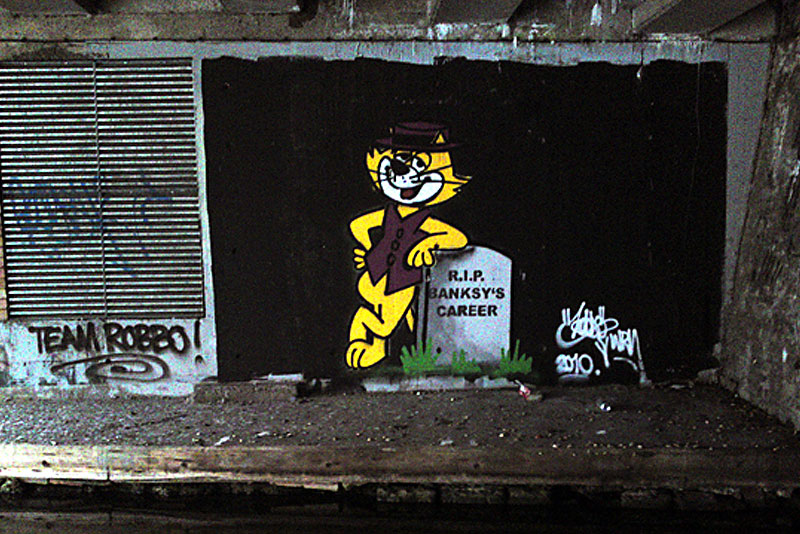 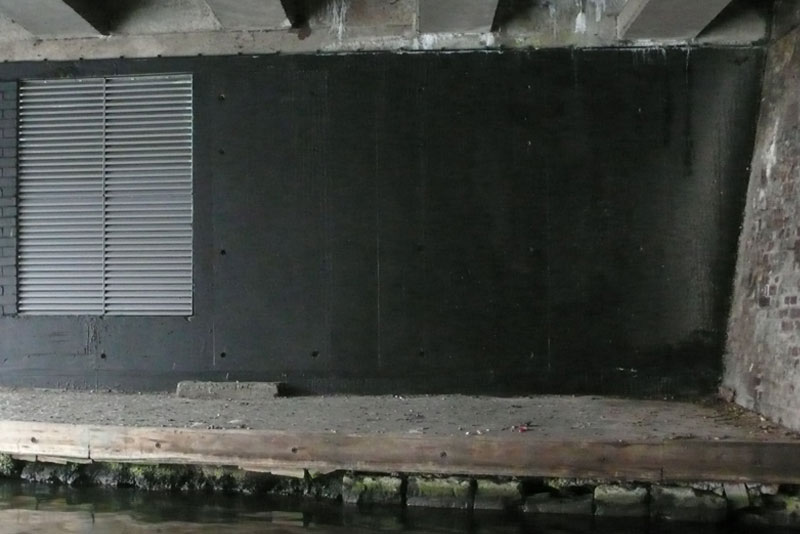 2010: A sad trombone is heard in the distance as another all-black intervention appears. Onlookers collectively shake their fist at the sky.

January 2011: Banksy returns with a head-scratching goldfish piece. Some kind of living room that nobody knows what to think of. At least he incorporated the decrepit chair. 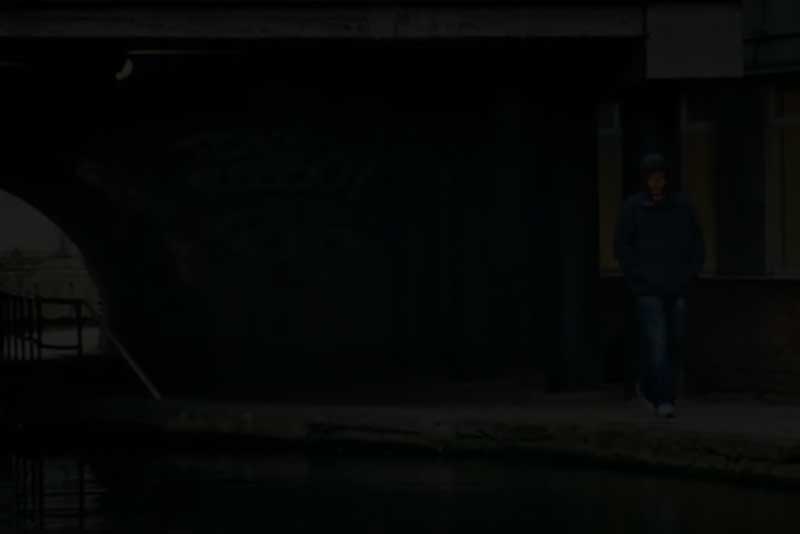 April 2, 2011: With his career again in the spotlight, King Robbo suddenly and tragically sustains a life-threatening head injury. Sadly it was only 5 days before his exhibition at the Signal Gallery, Shoreditch: ‘Team Robbo – The Sell Out Tour’. He is believed to still be in an induced coma and conspiracy theorists have run amok as to the cause. But the official word is that it was an accidental fall. Battle aside, we all hope he recovers.

November 2011: Banksy throws up an ode to King Robbo’s original. A single, flammable spray can displayed as a vigil. As with all art, the interpretation is left to the viewer. 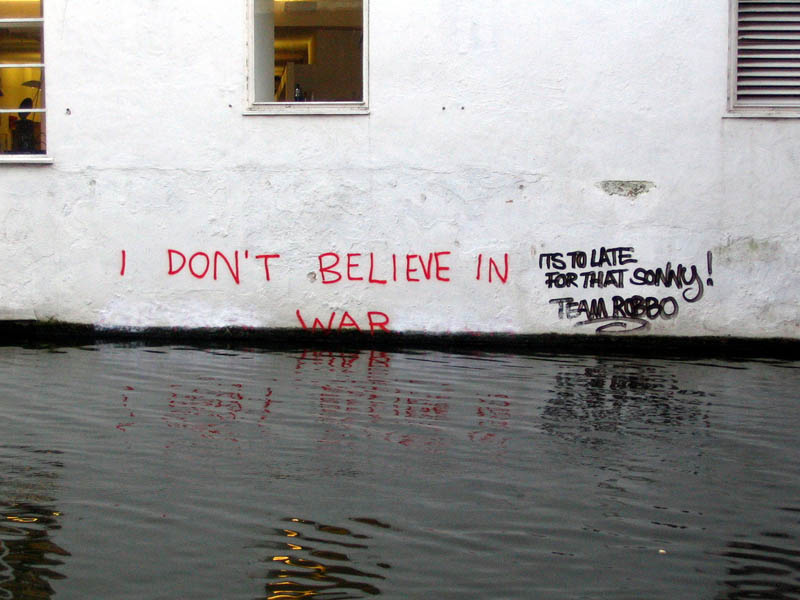 In a Twilight-esque fashion, Team Robbo suddenly appears and the war to deface Banksy’s pieces is on. All’s fair in… 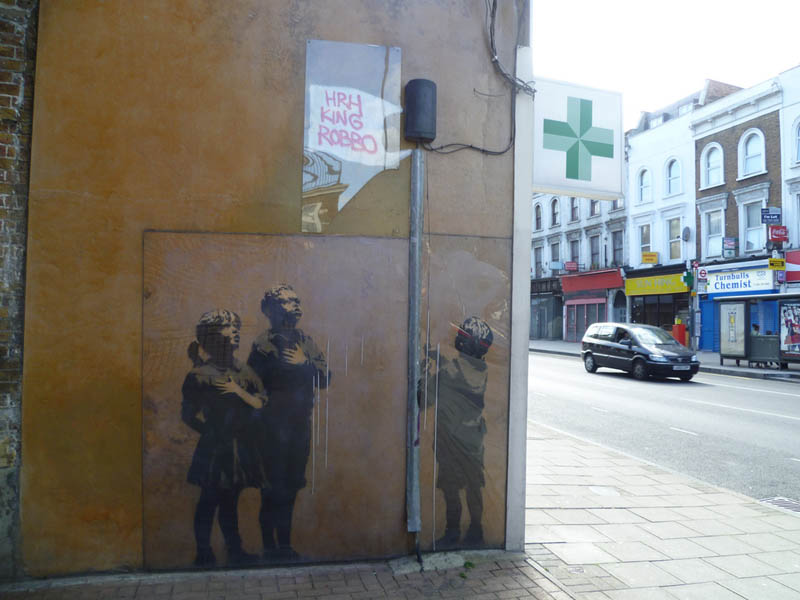 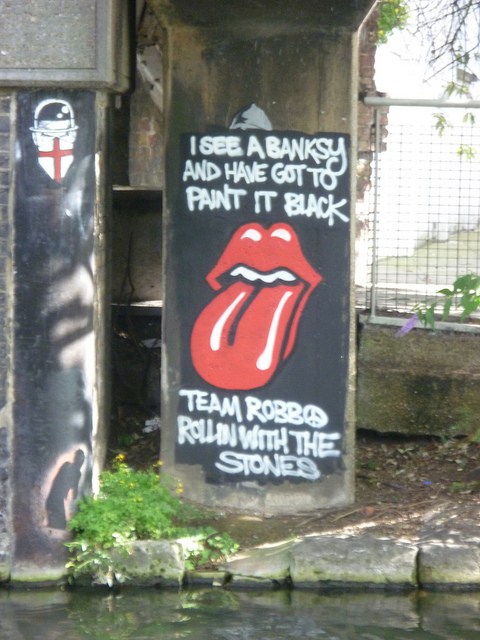 Photograph by The Only Plave That I Can Look Is Down

8 Homes Built Out of Spite