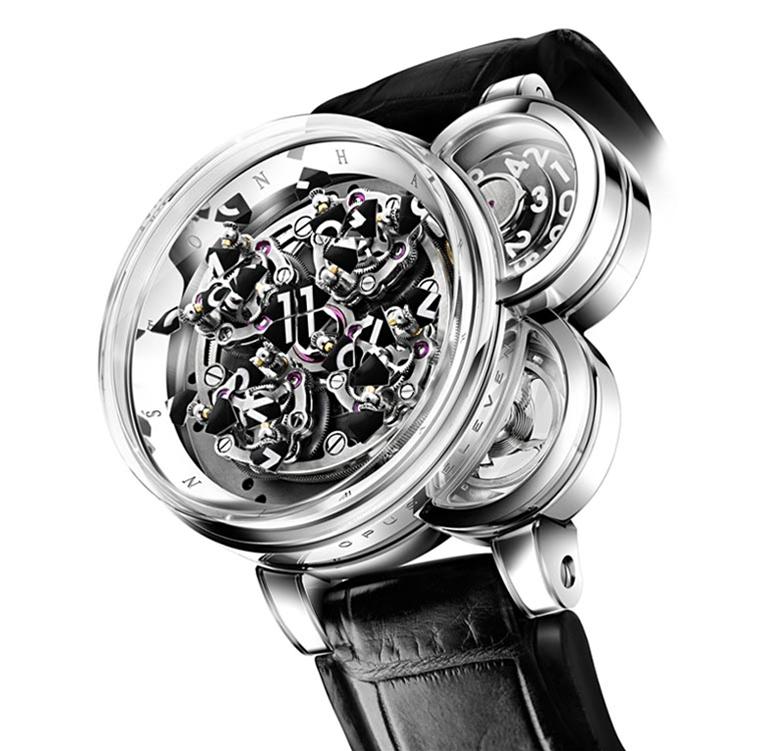 For the last eleven years, Harry Winston has partnered with a master horologist to create an exclusive and groundbreaking timepiece that reflects an unprecedented journey of collaboration and innovation. It is known simply as The Opus.

2011 heralds the latest addition to the vaunted Opus series, the Opus 11, in partnership with legendary watchmaker Denis Giguet. I can confidently state that the Opus 11 boasts the most complex and intricate time display I’ve ever seen.

Be sure to check out the video below along with a full gallery of the previous ten timepieces in the Opus Series. Many thanks to my brother for telling me about these watches!

Watch this video to see why it’s the world’s most elaborate watch! 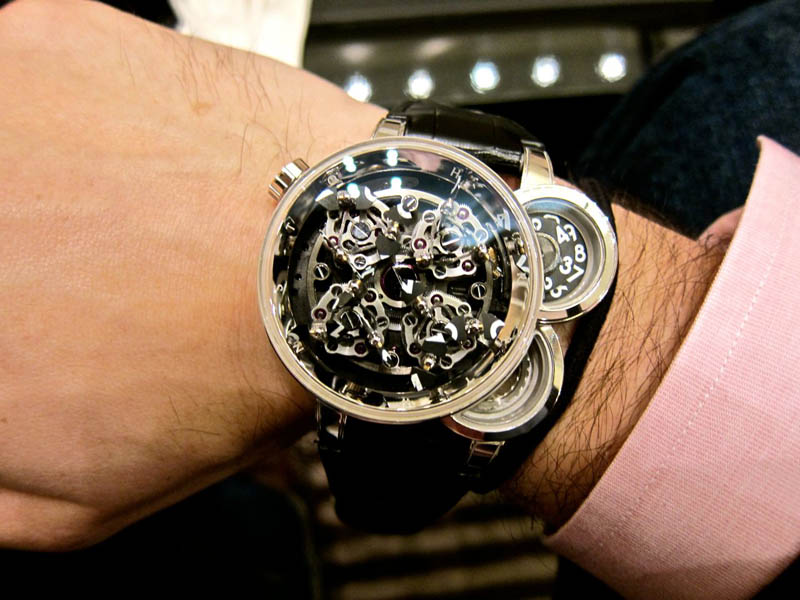 Opus Eleven makes news with a technology and architecture that have never been seen before. Ingenious mechanisms give the watch a rare character – an explosive temperament that makes a sport of time. In addition to its role as an instrument, Opus Eleven creates an engineering puzzle that resolves itself on the hour.

An extremely complex case stages the show. The three overlapping cylinders on three levels are configured to deconstruct time. The main circle is the hour’s domain, flanked by two pavilions. One shows the minutes on a jumping disk for the tens and a running disk for the units. The other, slightly lower, displays the regular beat of a big titanium balance-wheel.

Anarchy takes hold of the hours indication beneath the sapphire-crystal dome every 60 minutes. The numeral of the hour, assembled in the center of the circle, explodes into chaos before instantly reassembling as the new hour. It then remains still until the next disintegration. Instead of a hand, 24 placards revolve and rotate on a complicated system of gears mounted on an epicycloidal gear-train.

Functions:
Hour display by means of an original system made up of 24 pallets, with a rotation speed regulation and management system
Digital display of minutes by 2 disks, a jumping disk for the tens and a running disk for the units

In 2001, Harry Winston launched The Opus Series. The Opus concept is based on the idea of creating an exception timepiece each year in partnership with on the the most gifted independent horologists.

What makes the concept unique is that the partners come together as equals and work in total symbiosis. Each Opus reflects an unprecedented journey of collaboration and innovation, resulting in a groundbreaking timepiece that neither partner could have imagined alone.

Functions: Display of time by modules for hours, minutes and seconds mounted on a platform. Continuous movement of the platform rotates in twenty-four hours. Twenty-four hour second time zone indicated in the periphery. Linear power reserve indicator on the case back. 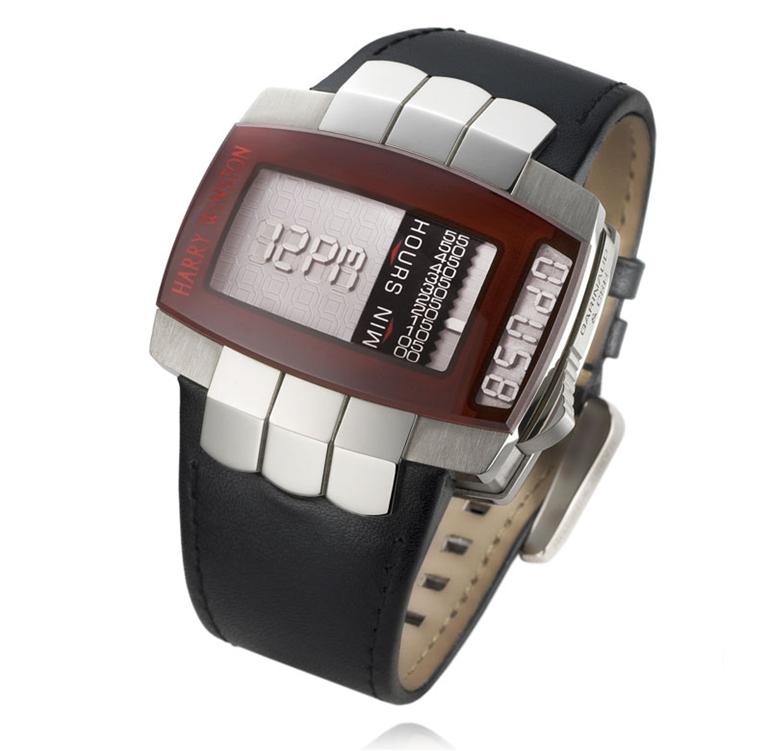 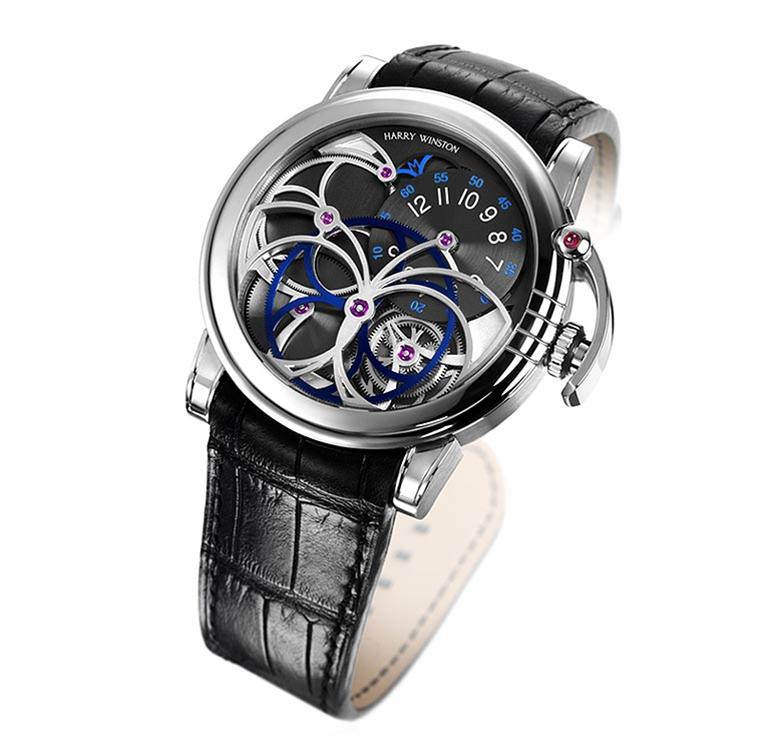 45mm round case in white gold. 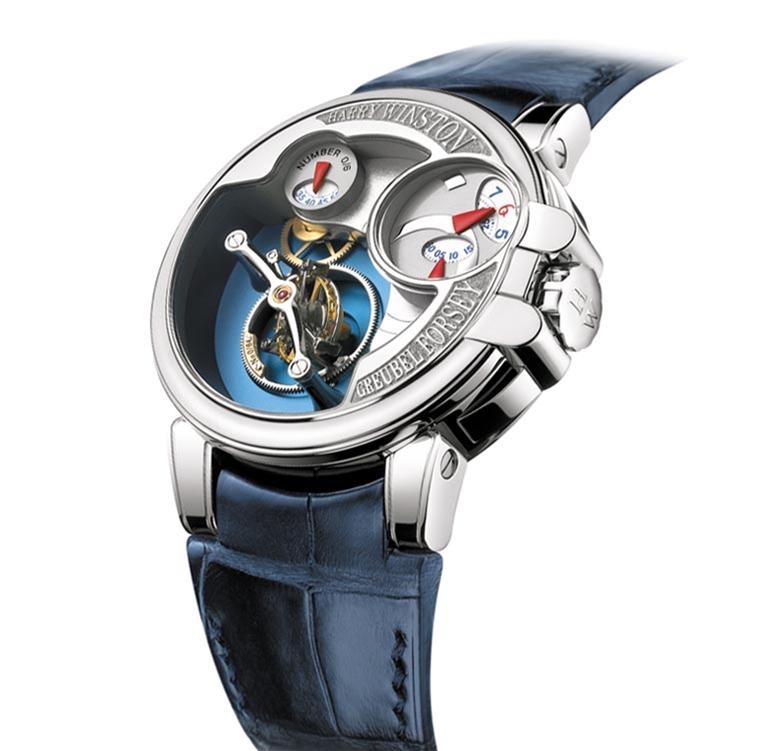 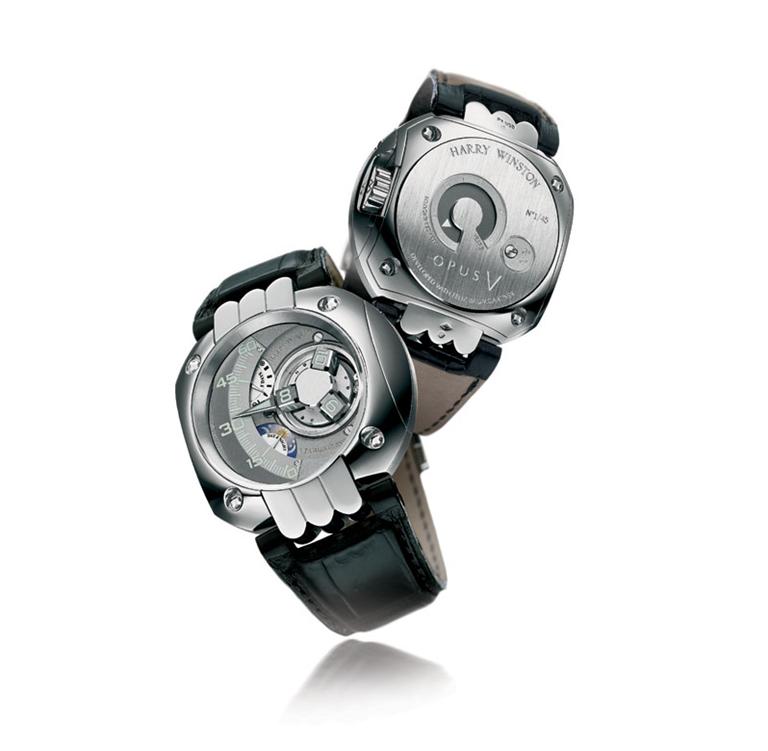 Movement: F. Baumgartner mechanical off-centered movement with satellite hour display and retrograde minute hand moving over a 120° counter.
Power-reserve indicator (120 hours), Day and night indication.
Dial: Three small blocks arranged like satellites within a three-dimensional system. Since each block carries four numerals, two rotational axes are required to display all 12 hours: the first central axis enables each hour numeral to “move past” the minute counter while driving the retrograde hand gliding over a 120° graduated scale; while the second reveals the four numerals in accordance with first rotation. 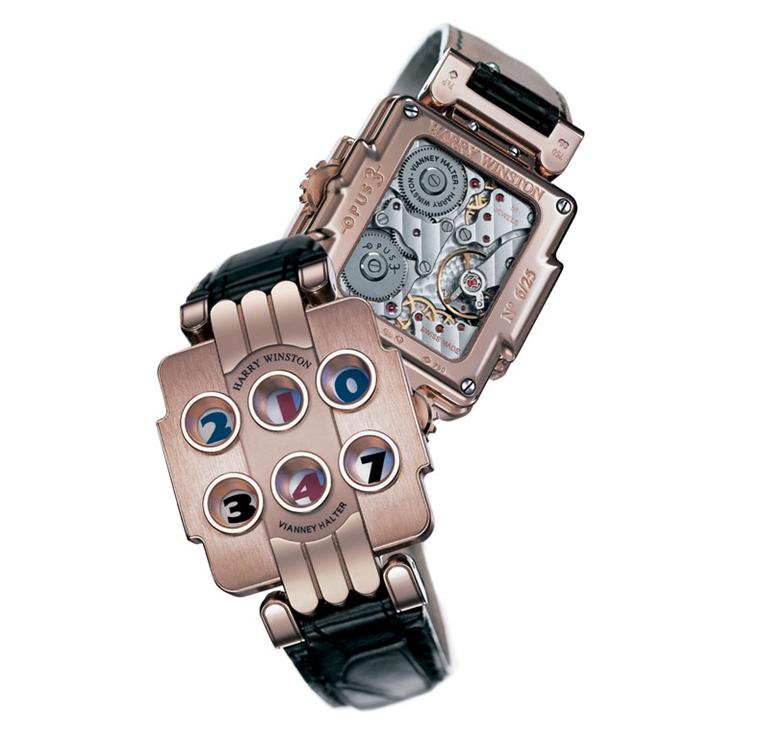 Limited edition of 12 pieces per movement.

IF YOU ENJOYED THIS ARTICLE, THE SIFTER HIGHLY RECOMMENDS: