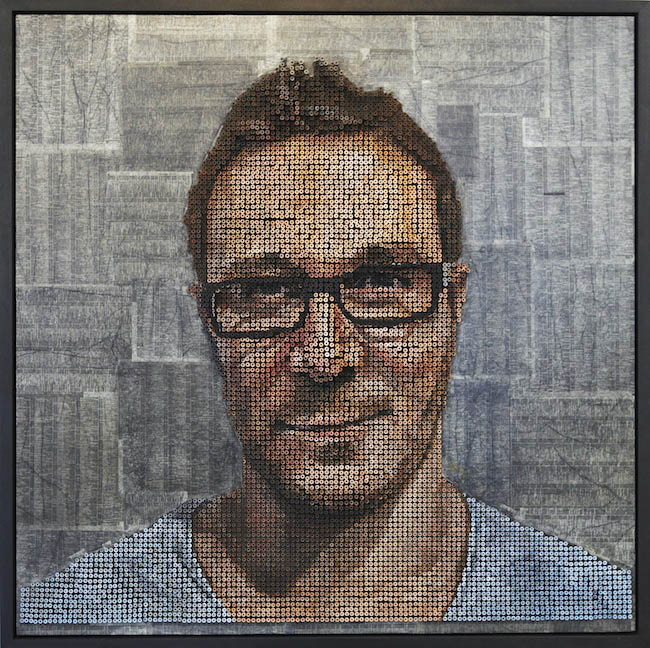 In Andrew Myers’ latest series, the California-based sculptor uses up to 10,000 screws to create these jaw-dropping portraits. Indeed, the process is as painstakingly tedious as it looks, with each screw manually placed (at varying lengths) and painted. Andrew doesn’t use computer software to map out his portraits, it’s all by feel, treating each piece like a traditional sculpture. Check out the incredible work below and get a glimpse into the stages of the build, it is truly mind-blowing! 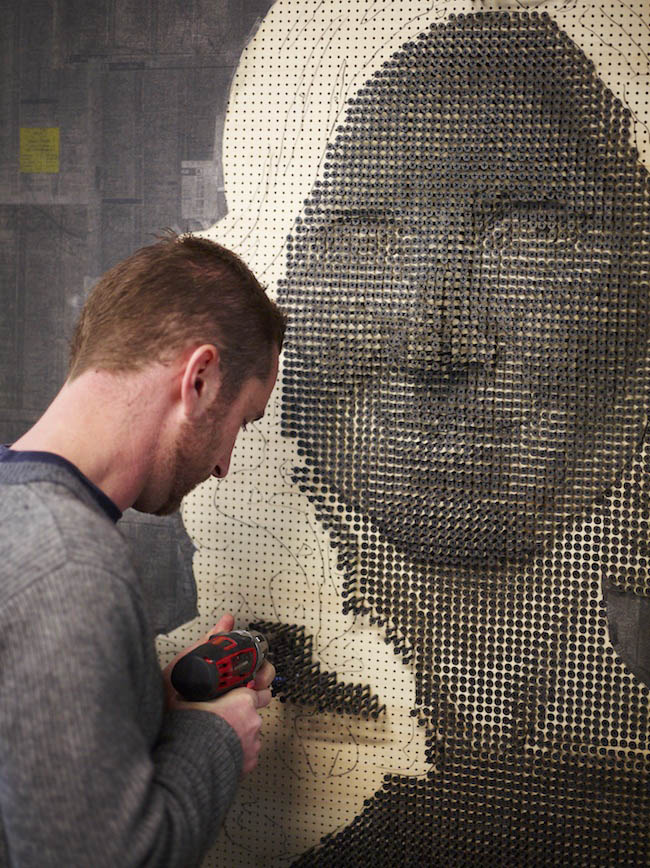 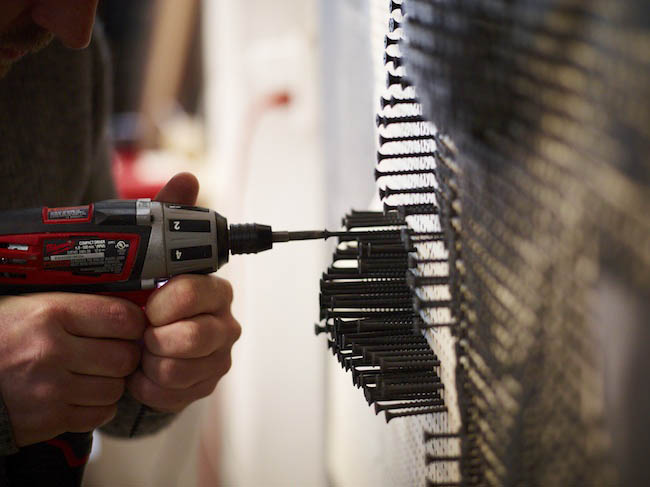 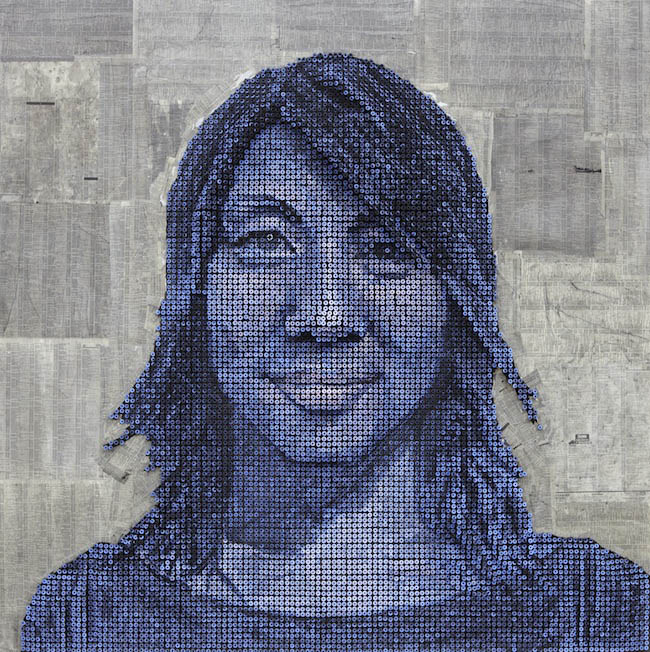 Since his early childhood, Andrew Myers has been artistically influenced by European life and culture. Born in Braunshweig, Germany and raised in Ciudad Real, Spain, his exposure to modern continental living and classical architecture prompted the universal and classical themes, yet modern design found in his artwork.

At the age of 20, Myers applied to the Art Institute of Southern California (now known as the Laguna College of Art and Design); with no previous art training, he was accepted based upon the natural talent his application portfolio evidenced. The young artist developed his skills through advanced figurative sculpture and accelerated painting curriculum. While these two and a half years of creative training provided Myers with the basic working knowledge of the artistic field, it was his drive, passion, and leap of faith into work as a full time artist that allowed him to cultivate his particular style.

Myers blends modern material with classical figurative technique featuring a universal subject matter that is prevalent throughout his work. It is his unification of these three characteristics that results in the innovative and modern artwork that captivates viewers and has been so highly acclaimed nationwide.

Most recently, Myers has been working on public commissions, some of which include, St. Catherine’s Catholic Church in the Diocese of Orange and a public work for the City of Laguna Beach, California, as well as several private client commissions. Myers’ work graces the pages of LA Times’ Coastline Pilot, OC Register’s Laguna New Post, H Magazine, and NBC San Diego’s spread on The Port of San Diego Sculpture Show.

Most recently, Myers placed 1st Sculpture at the highly acclaimed annual Sausalito Arts Festival, and 2nd in Sculptural Pursuit Magazine’s National Sculpture Competition and is featured in a 6 page spread of the July 2008 edition. Andrew Myers has also been featured on ABC’s Eye on LA, Orange County Edition and participates in several nationwide shows each year. 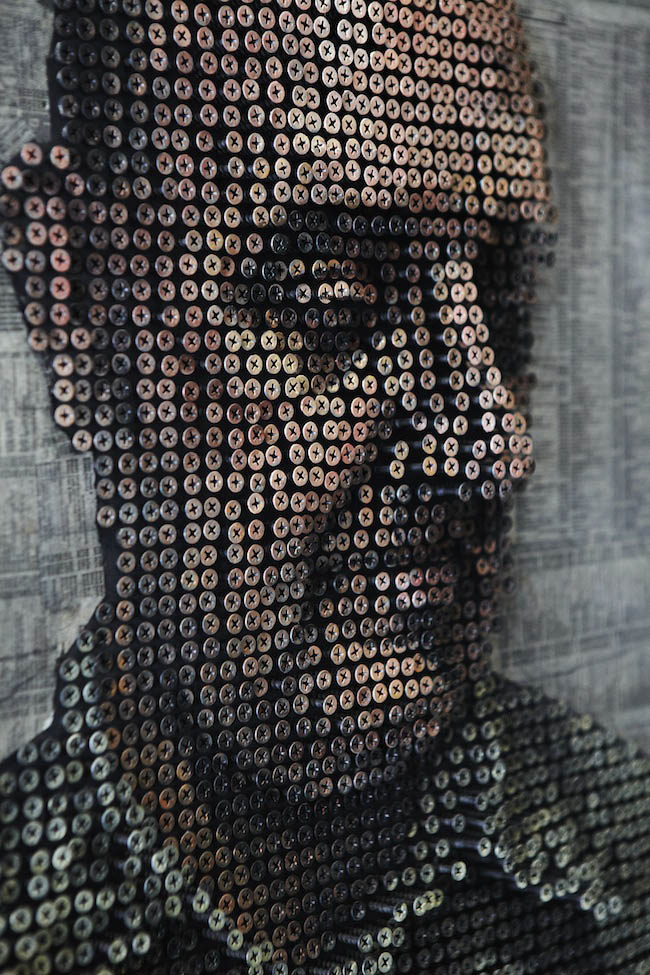 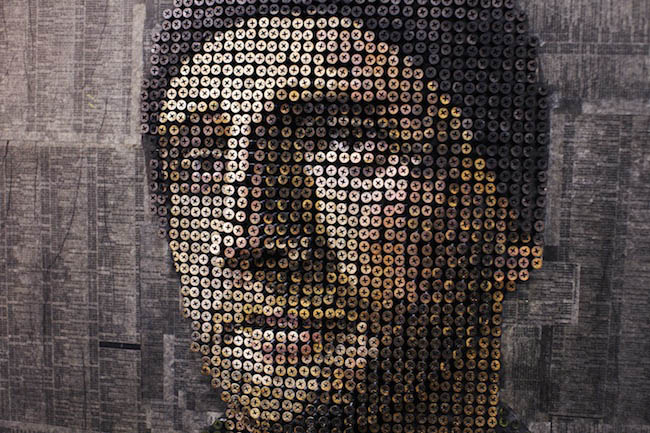 
If you enjoyed this article, the Sifter highly recommends: ASTONISHING 3D COLLAGES BY ADAM NEATE 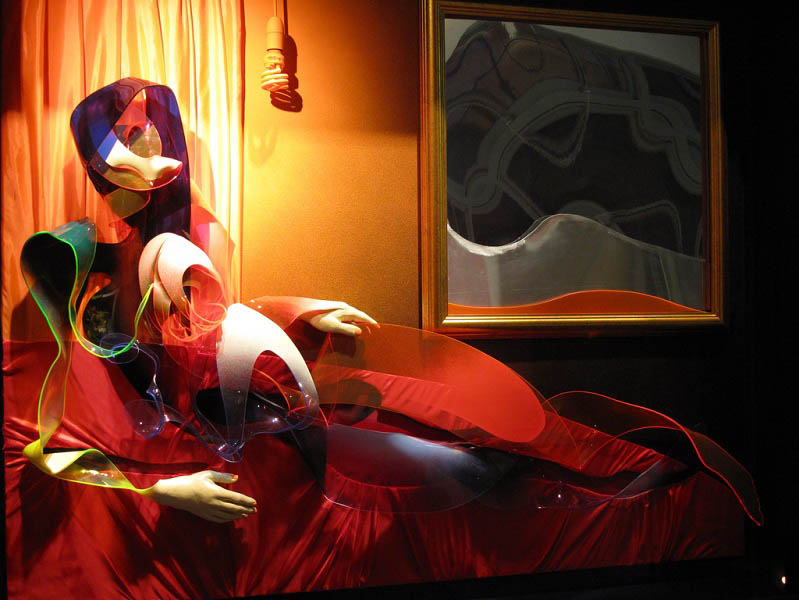