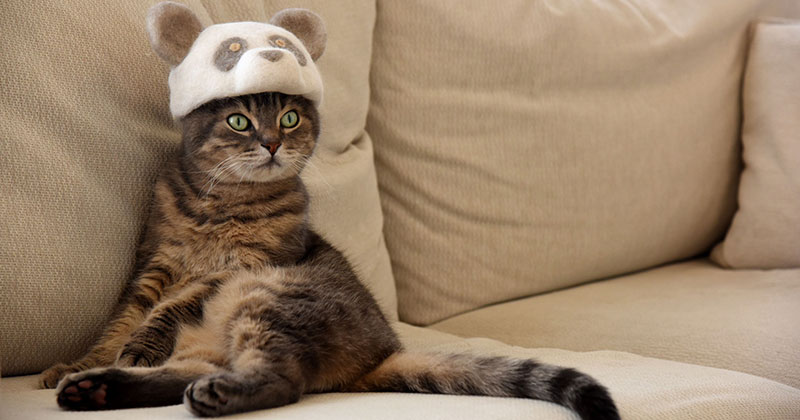 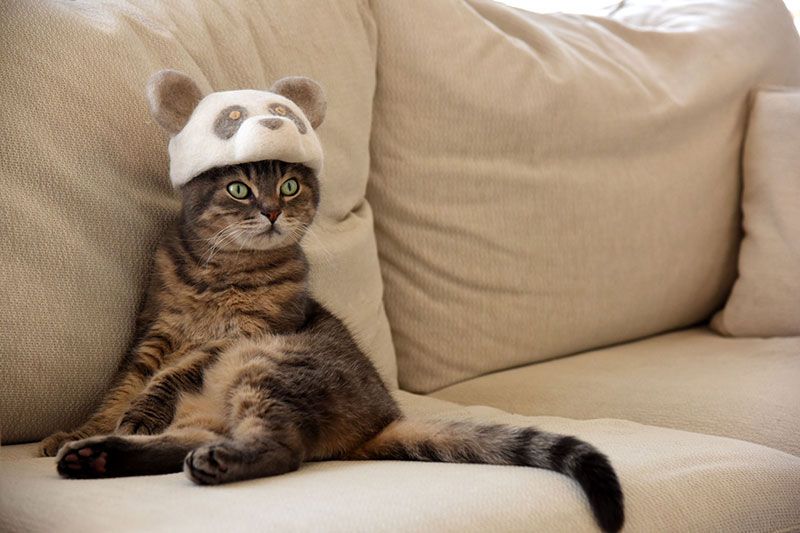 It all started when Ryo Yamazaki noticed a clump of fur on his floor and rather than throw it out, he molded it into a small pointy hat and placed it on one of his cat’s head as a joke.

100+ hats and 100,000+ Instagram followers later, and it’s safe to say Yamazaki’s ‘cat hats’ struck a chord with a feline-obsessed Internet.

Ryo crafts each hat with his wife, Hiromi Yamazaki, and the couple reuse the shed fur from their three Scottish Fold cats: Nya, Maru, and Mugi.

Scottish Folds are known for their wide eyes, rounded faces, and their bewildered facial expression. For those concerned that the cats may appear troubled or discomfited, that is their general demeanour, hat or no hat.

According to an interview with designboom, each hat takes approximately a bowl of fur to create and many of the cat hats are repurposed from older hat designs. No glue or bonding agents are used, the fur is simply rubbed together until it holds.

Below you will find a gallery of our personal favorites but you can see many more on their website and Instagram feed. 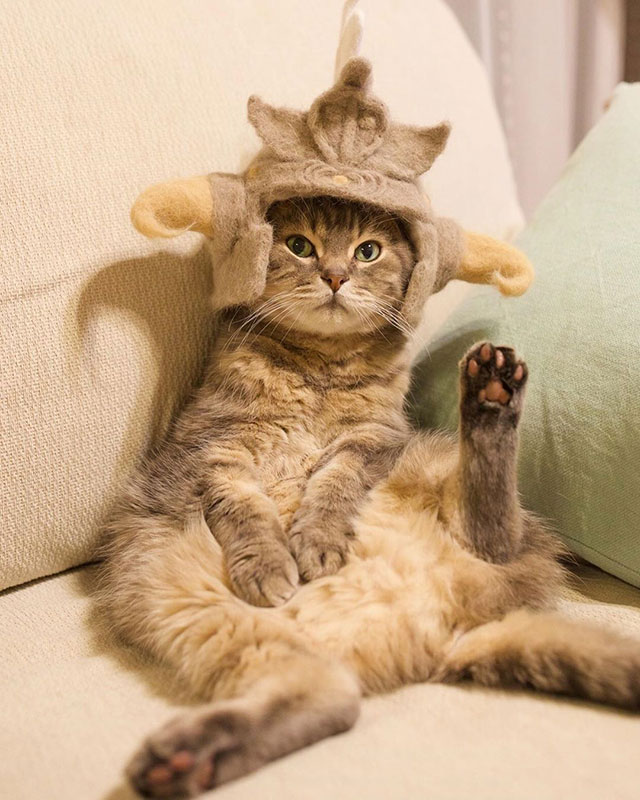 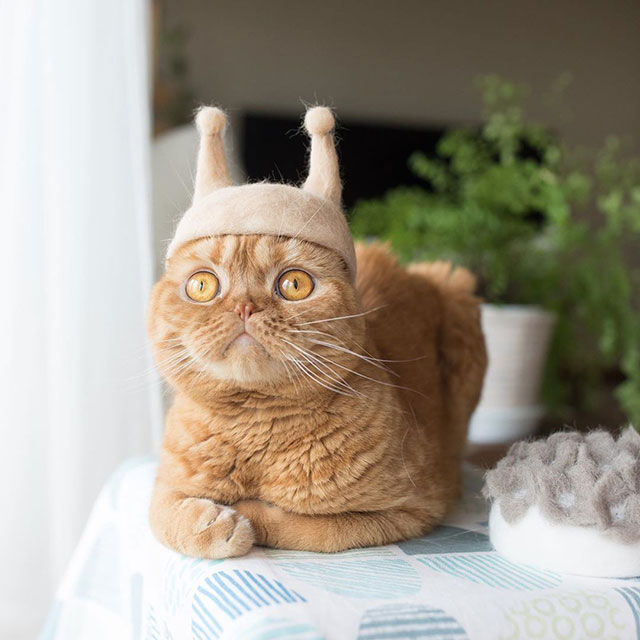 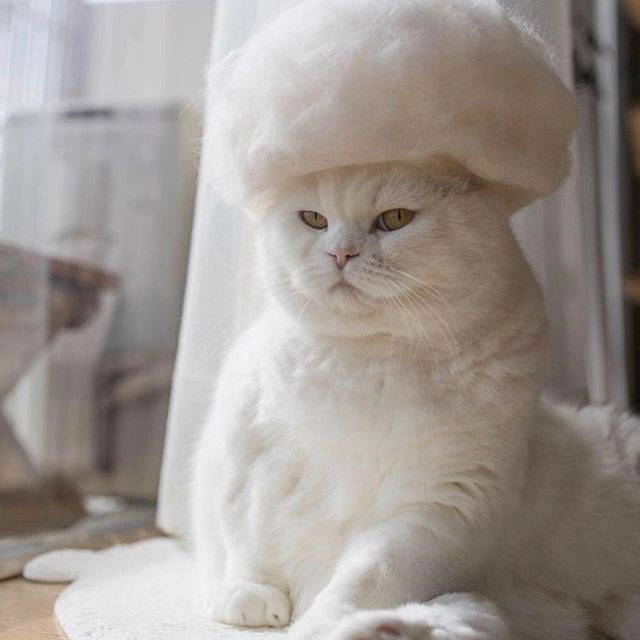 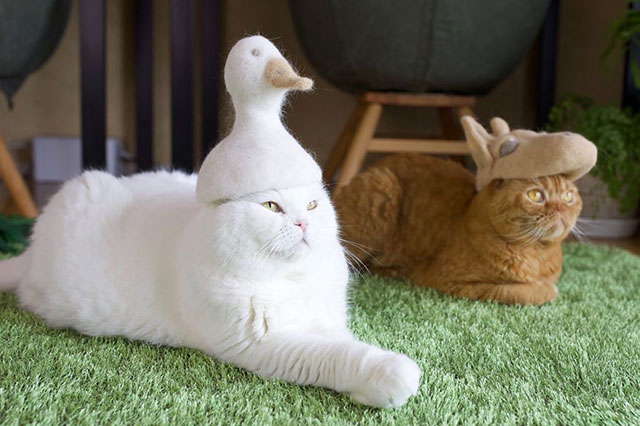 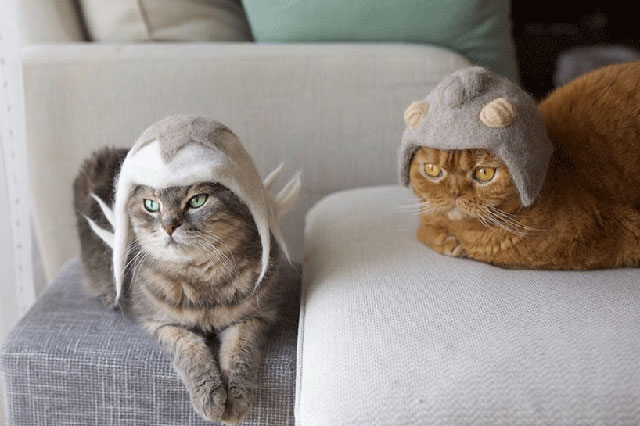 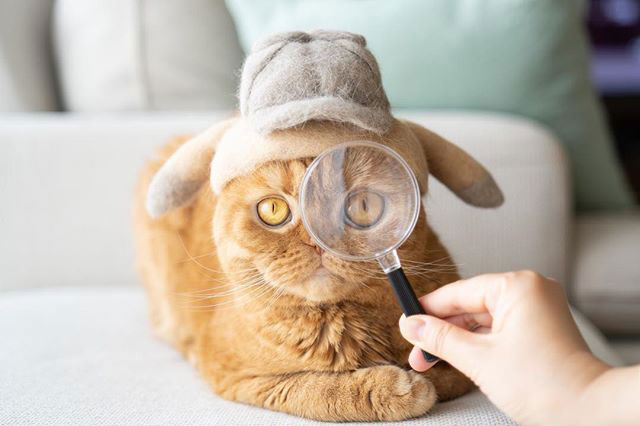 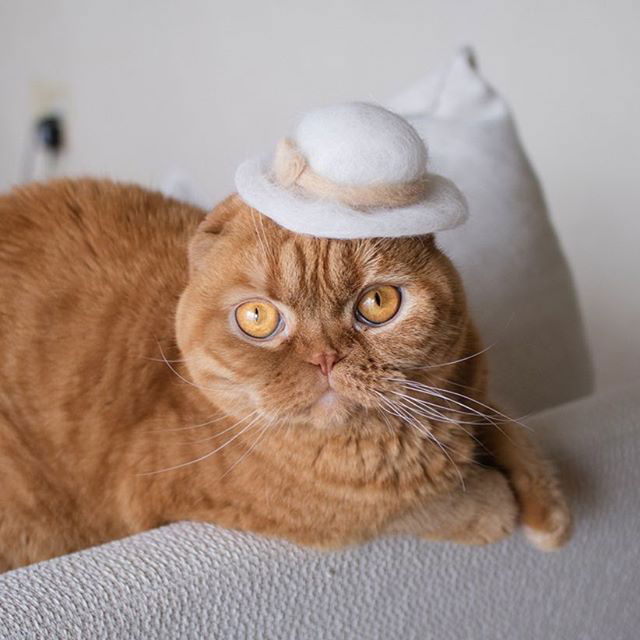 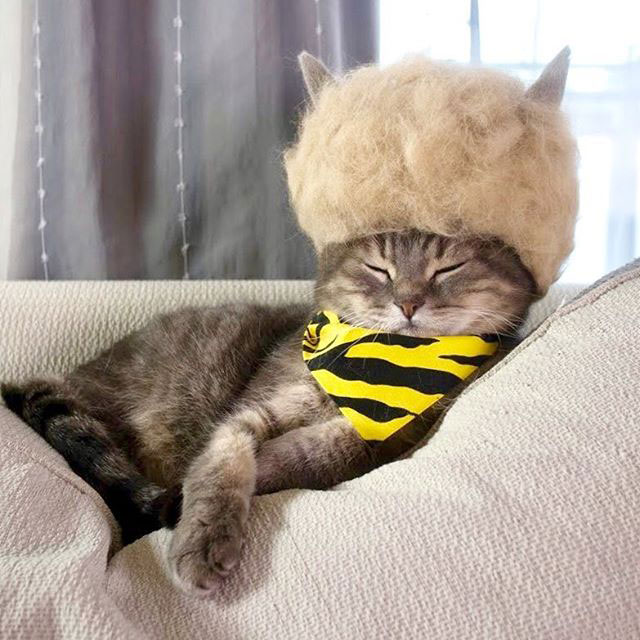 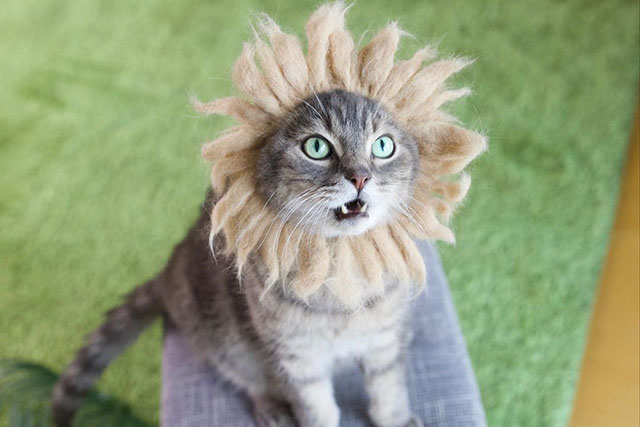 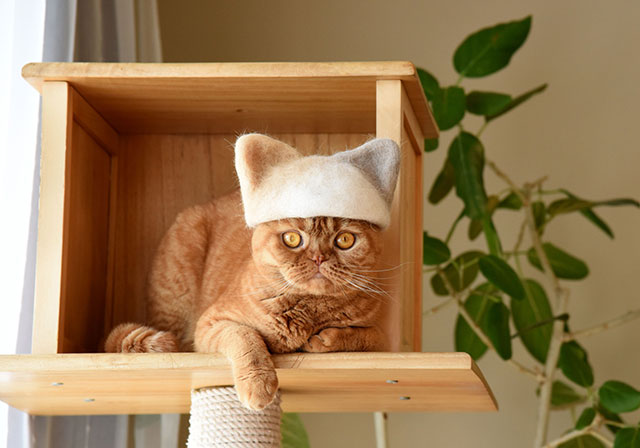 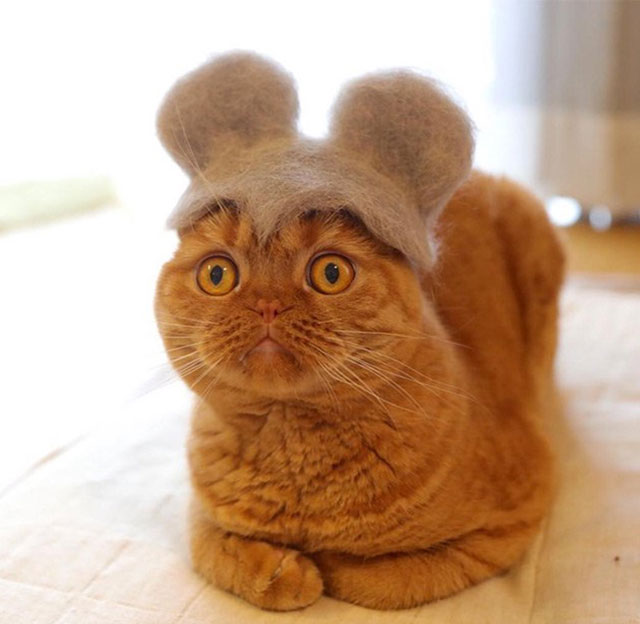 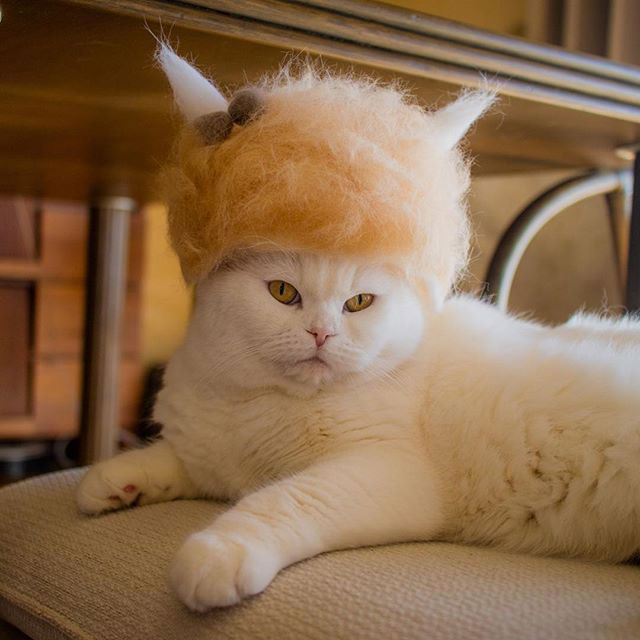 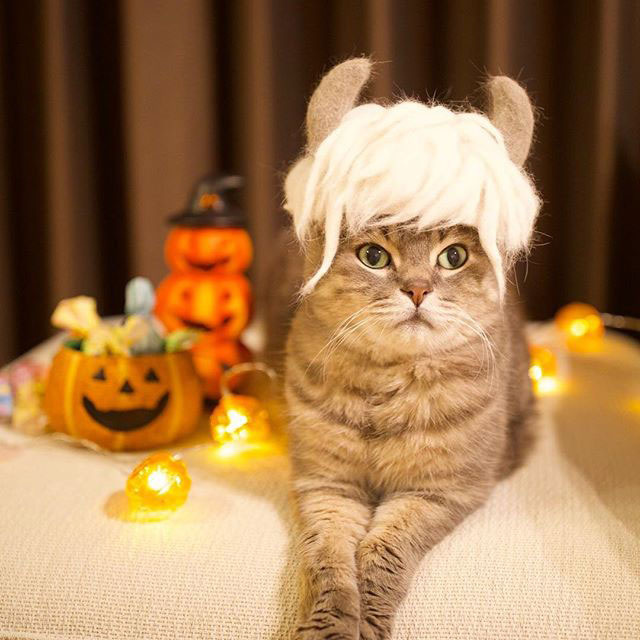 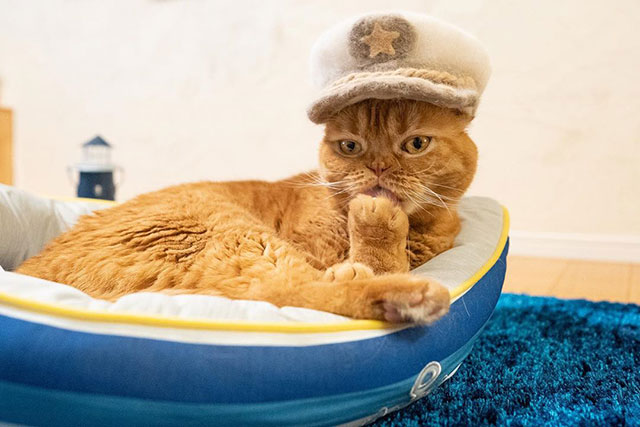 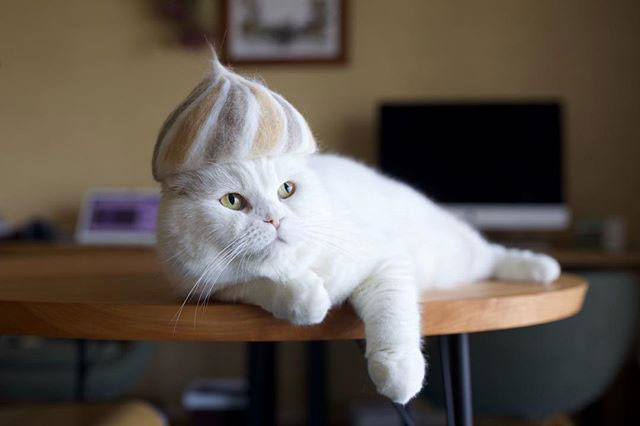 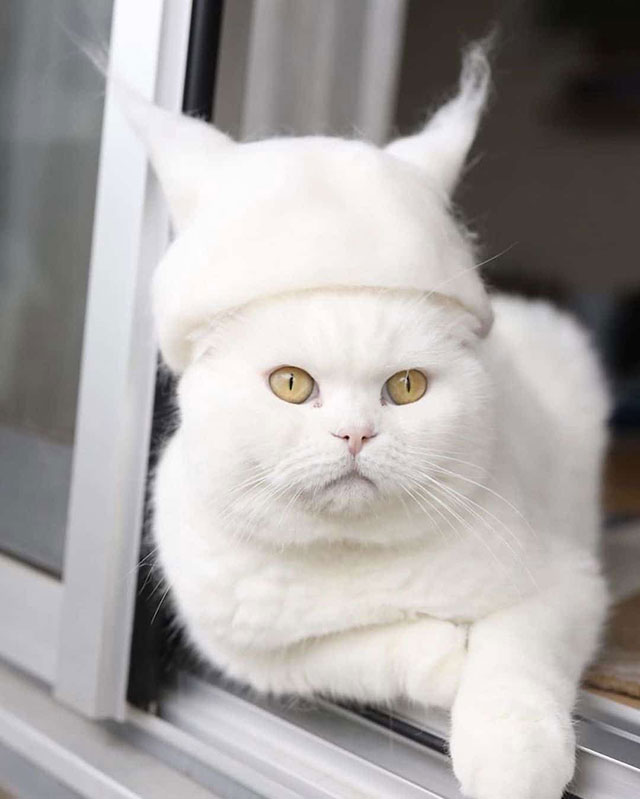 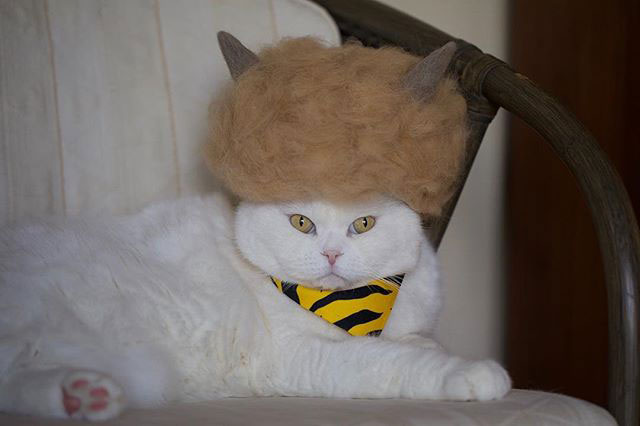 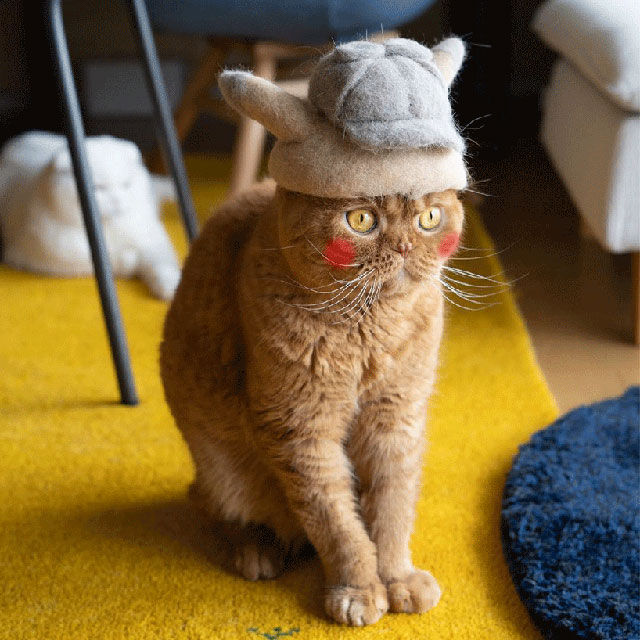 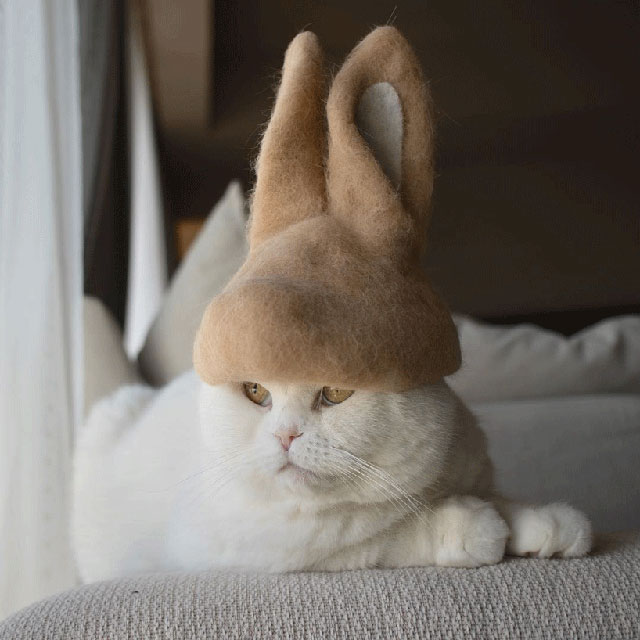 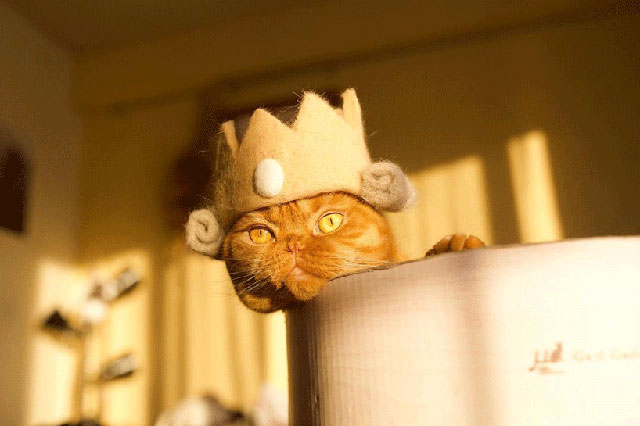 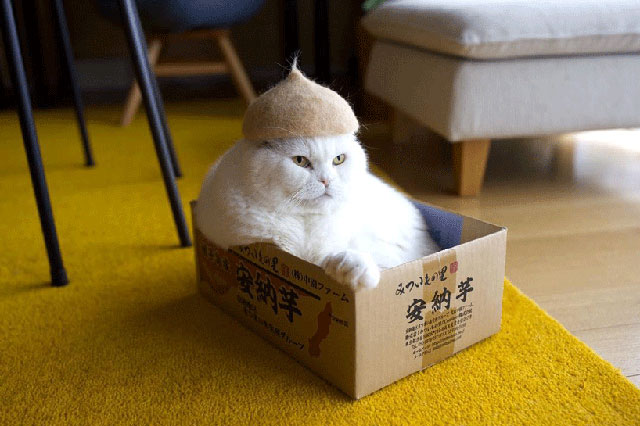