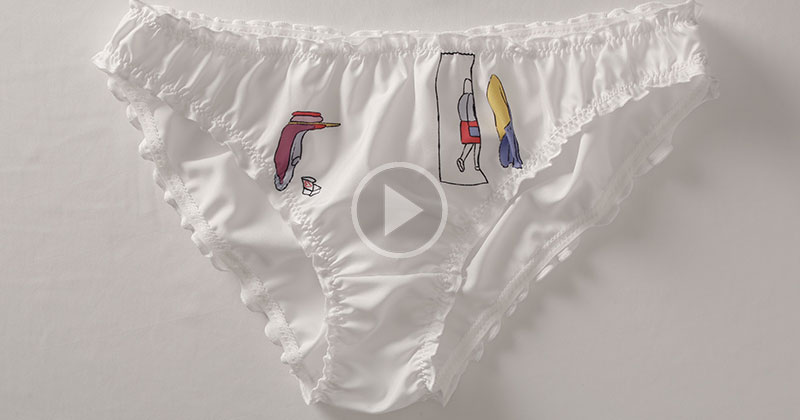 “Bloomers” is a multi award-winning animated short film by Samantha Moore. Animated fabric brings the story of a lingerie factory in Manchester to life. Silk, cotton and lace go under the camera, as the workers recount the history of Ella and Me, the UK garment manufacturing industry, and British family traditions of making.

A specially composed soundtrack by Swedish composer Malin Bång, inspired by sounds of sewing machinery, evokes the ups and downs of the factory. Produced by Abigail Addison at Animate Projects.

If you enjoyed the film, be sure to check out the 5-minute ‘making of’ video below!