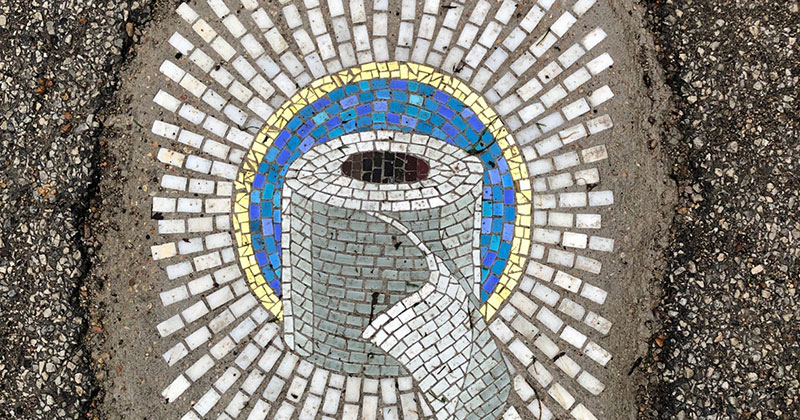 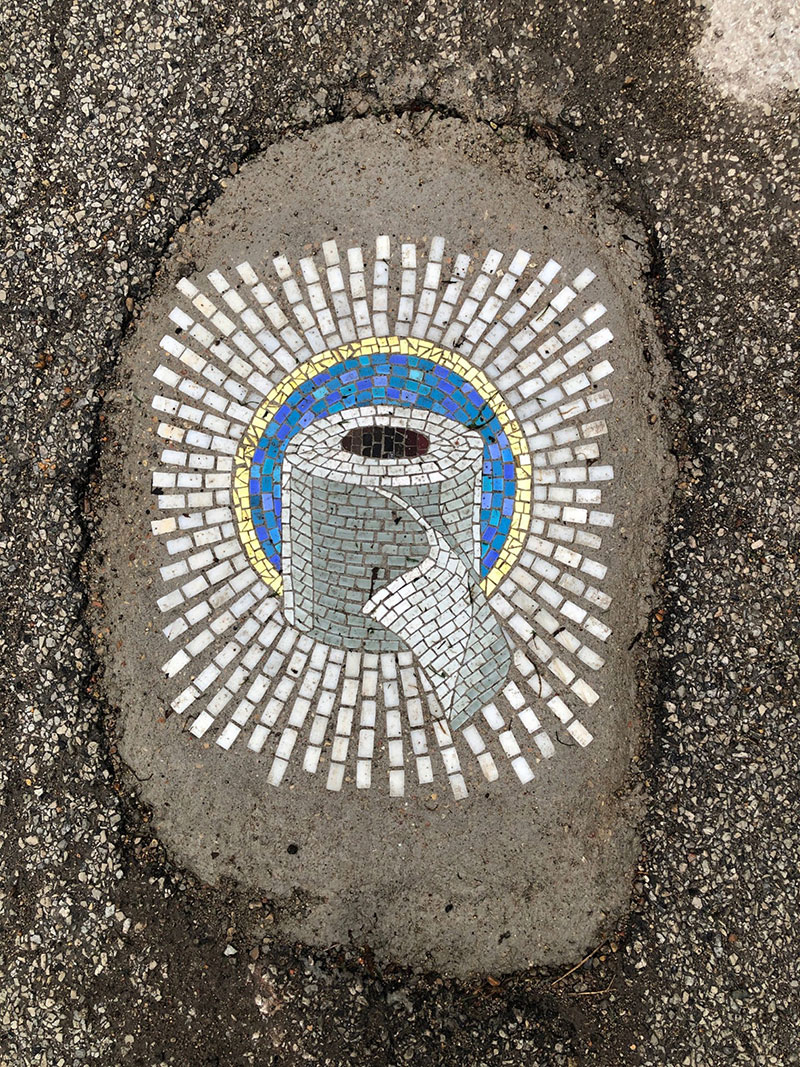 Bachor says it was his first ‘multi-install’ of pothole art he’s ever done. Sadly, a truck ran over the beer-themed mosaic before the mortar had fully set but hey, that’s street art.

While the toilet paper, beer can and hand sanitizer are instantly recognizable, the fourth mosaic depicts a star from the Chicago flag, meant to generate civic pride, Bachor says.

Bachor’s pothole project began in 2013 and he has since completed nearly 100 mosaics in cities across the United States. To see more of Bachor’s work, check him out at the links below! 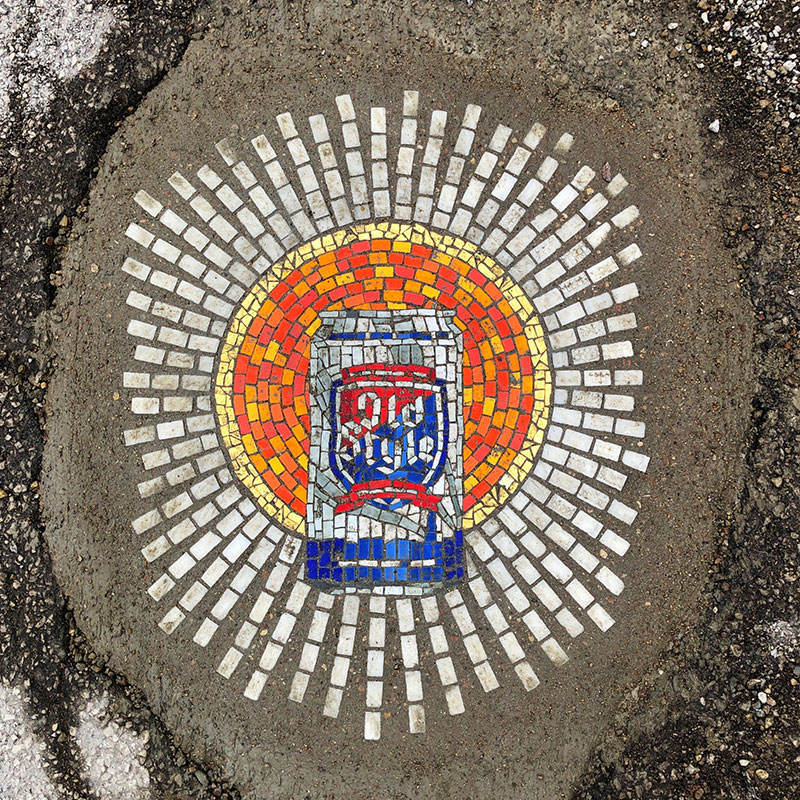 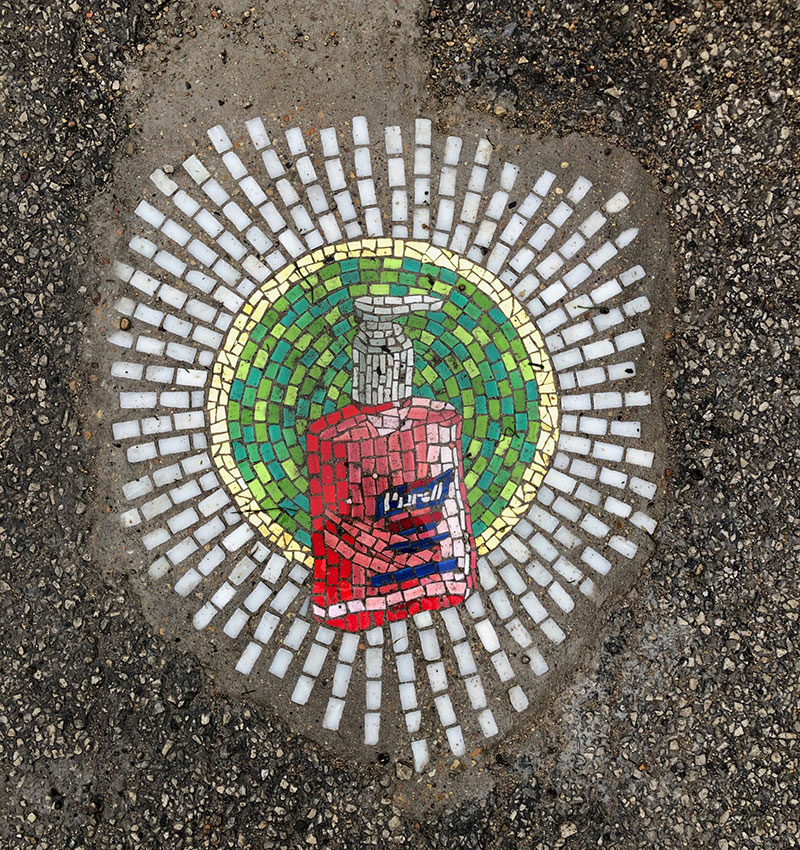 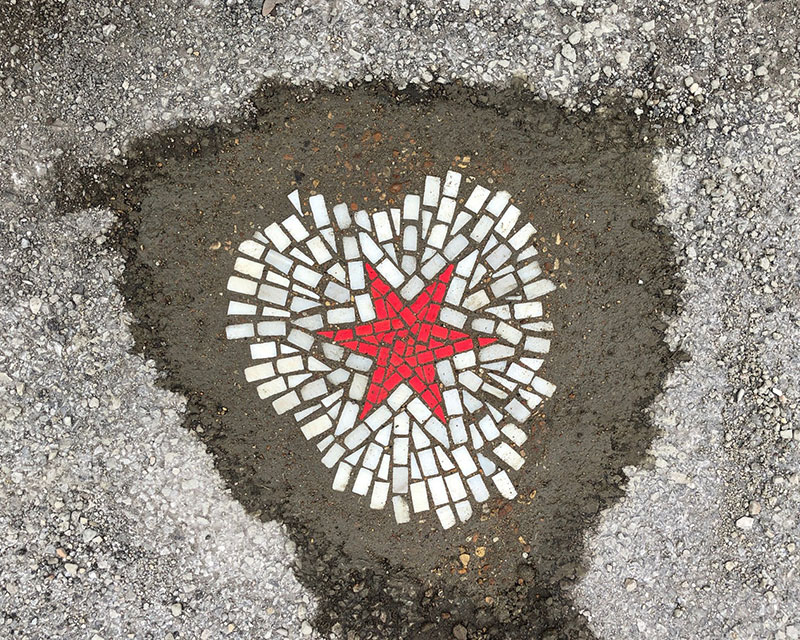 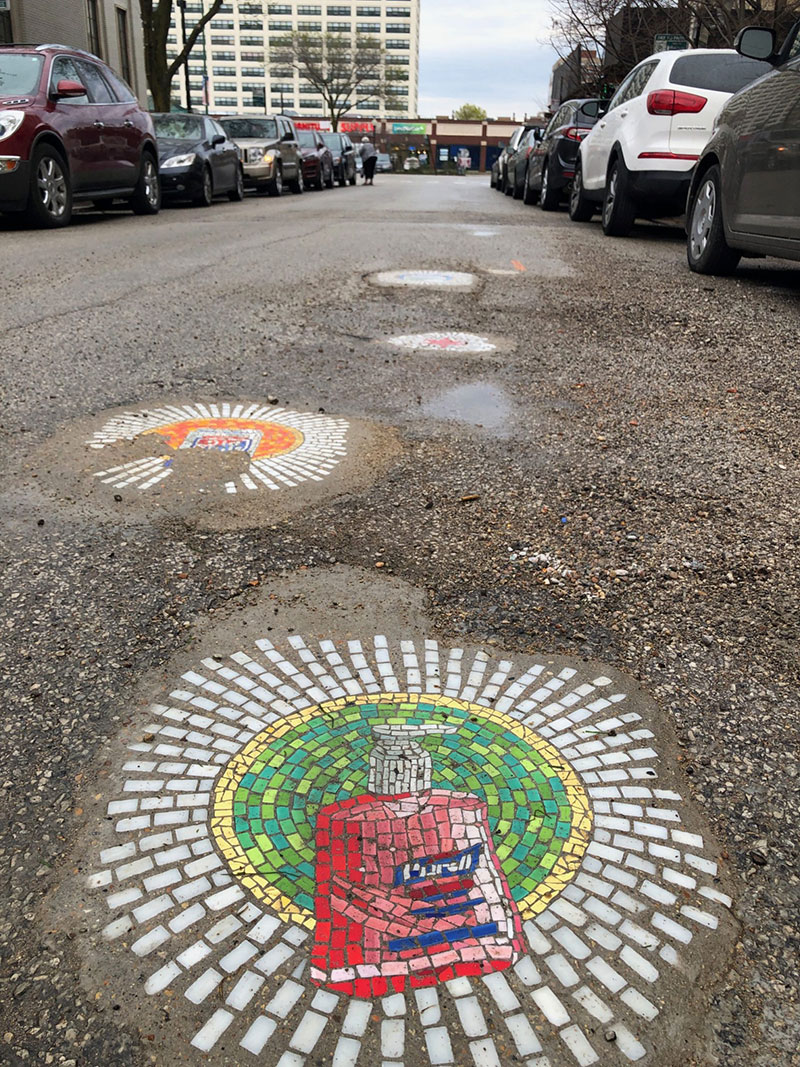 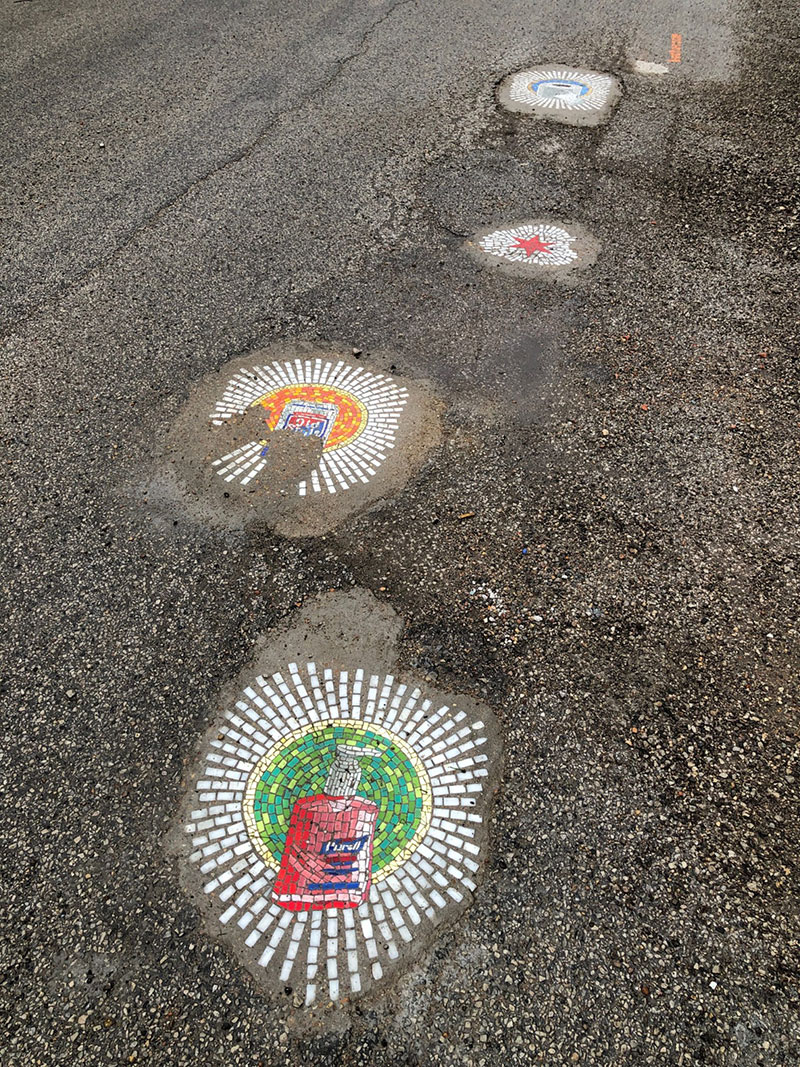 “Today’s Holy Trinity” the 1st multi-install of pothole art I've ever done is ready to be run over! The series of four pieces of pothole art is located on Gunnison just west of Broadway in Chicago's Uptown neighborhood. The goodie bag is attached to a telephone pole near the install. BONUS: No need to leave your house! You'll be able to watch the installation of this artwork wherever you happen to live soon. More info on that a bit later! Wash your hands. ••••••• #bachor #jimbachor #potholeart #todaysholytrinity