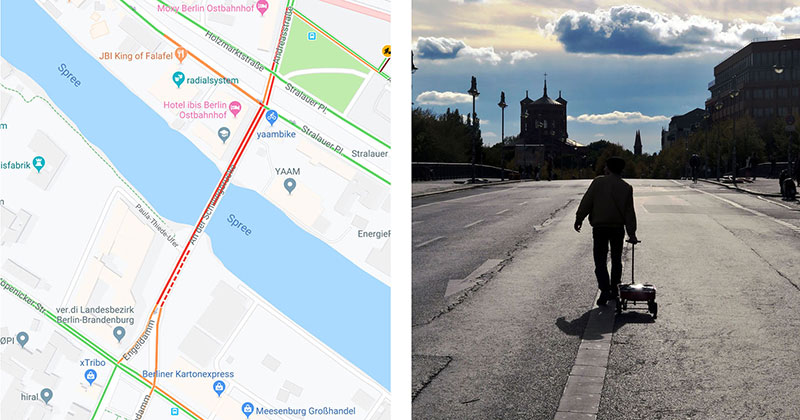 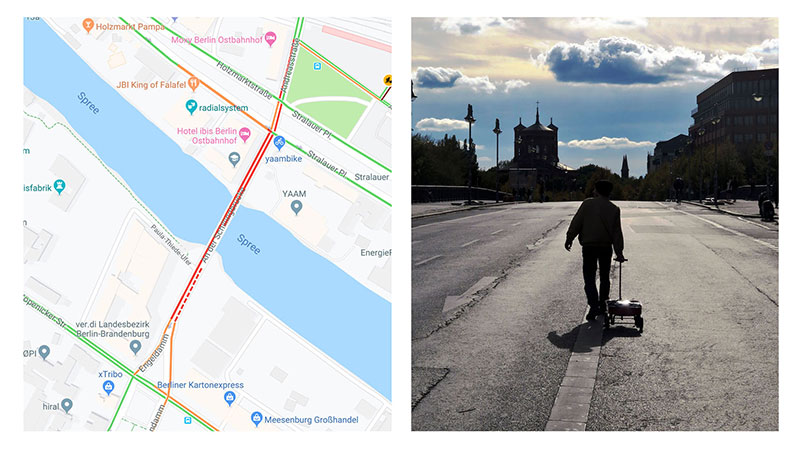 Artist Simon Weckert transported 99 smartphones in a little red wagon to generate a virtual traffic jam in Google Maps. He was able to turn a virtual ‘green’ street ‘red’, which impacted the physical world by navigating cars using Google Maps on another route to avoid being ‘stuck’ in traffic.

Check out the video below and scroll down to learn more about this project.

The advent of Google’s Geo Tools began in 2005 with Maps and Earth, followed by Street View in 2007. They have since become enormously more technologically advanced. Google’s virtual maps have little in common with classical analogue maps. The most significant difference is that Google’s maps are interactive – scrollable, searchable and zoomable. Google’s map service has fundamentally changed our understanding of what a map is, how we interact with maps, their technological limitations, and how they look aesthetically.

In this fashion, Google Maps makes virtual changes to the real city. Applications such as Airbnb and Carsharing have an immense impact on cities: on their housing market and mobility culture, for instance. There is also a major impact on how we find a romantic partner, thanks to dating platforms such as Tinder, and on our self-quantifying behaviour, thanks to the Nike jogging app. Or map-based food delivery-app like Deliveroo or Foodora. All of these apps function via interfaces with Google Maps and create new forms of digital capitalism and commodification. Without these maps, car sharing systems, new taxi apps, bike rental systems and online transport agency services such as Uber would be unthinkable. An additional mapping market is provided by self-driving cars; again, Google has already established a position for itself.

With its Geo Tools, Google has created a platform that allows users and businesses to interact with maps in a novel way. This means that questions relating to power in the discourse of cartography have to be reformulated. But what is the relationship between the art of enabling and techniques of supervision, control and regulation in Google’s maps? Do these maps function as dispositive nets that determine the behaviour, opinions and images of living beings, exercising power and controlling knowledge? Maps, which themselves are the product of a combination of states of knowledge and states of power, have an inscribed power dispositive. Google’s simulation-based map and world models determine the actuality and perception of physical spaces and the development of action models.

– text by Moritz Alhert – The Power of Virtual Maps 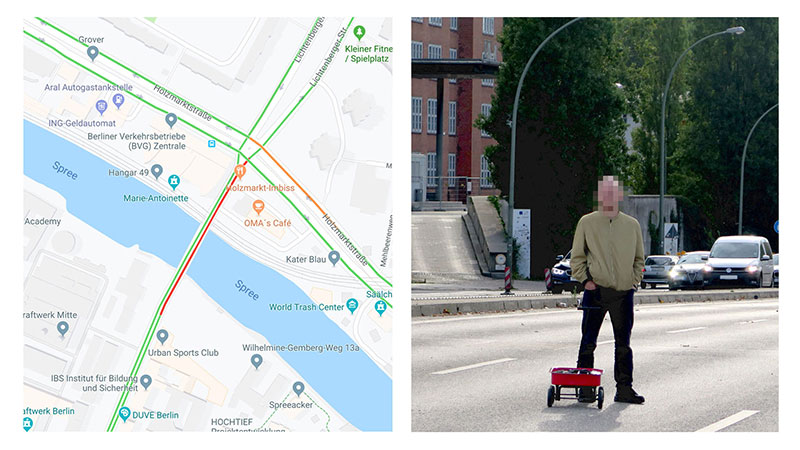 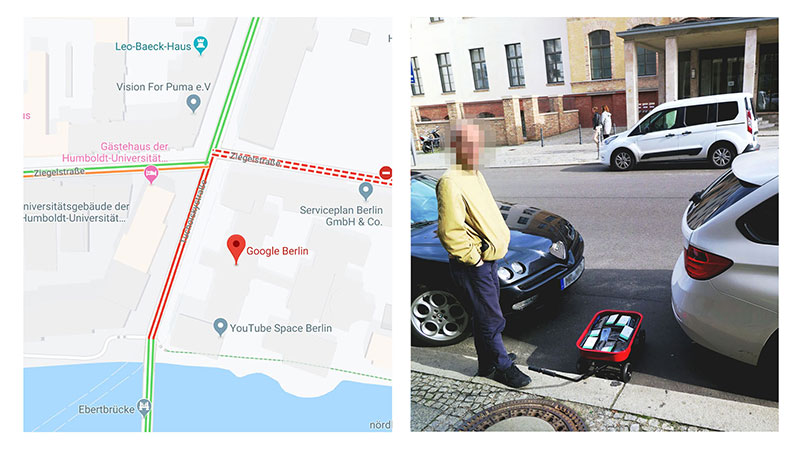 Simon Weckert is an artist with his home base in Berlin. He likes to share knowledge on a wide range of fields from generative design to physical computing. His focus is the digital world – including everything related to code and electronics under the reflection on current social aspects, ranging from technology oriented examinations to the discussion of current social issues.
In his work, he seeks to assess the value of technology, not in terms of actual utility, but from the perspective of future generations. He wants to raise awareness of the privileged state in which people live within Western civilization and remind them of the obligations attached to this privilege.

Hidden layers like producing and transporting the raw minerals required to create the core infrastructure of technologie and “human fulled automation” labor of microworkers who perform the repetitive digital tasks that underlie new technologie are just some of the topics in his projects. [source] 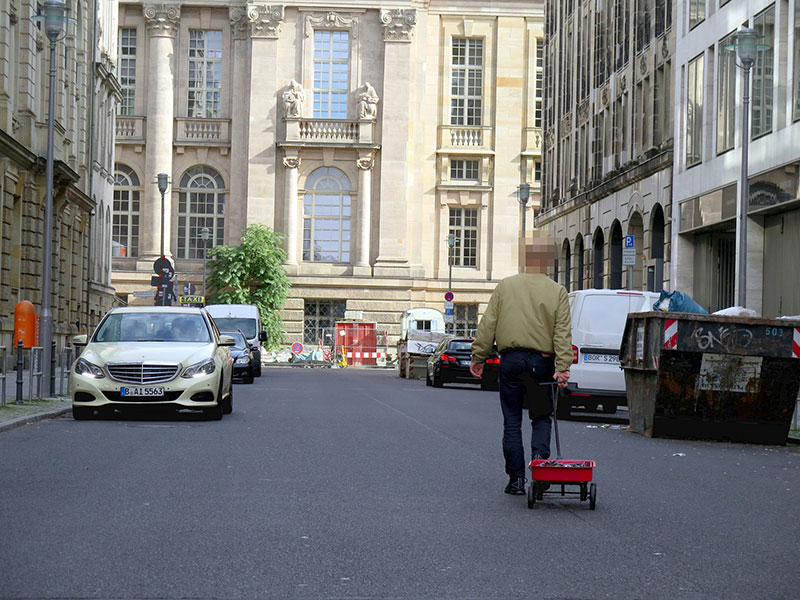 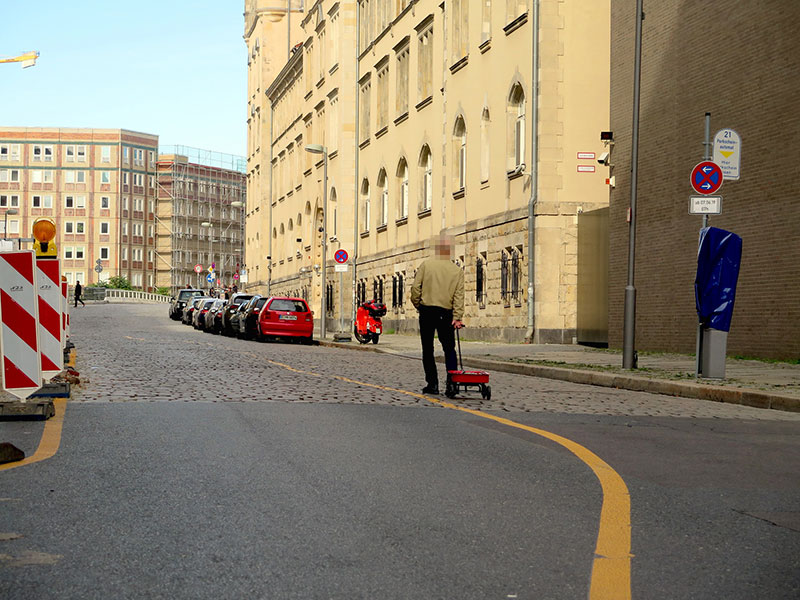 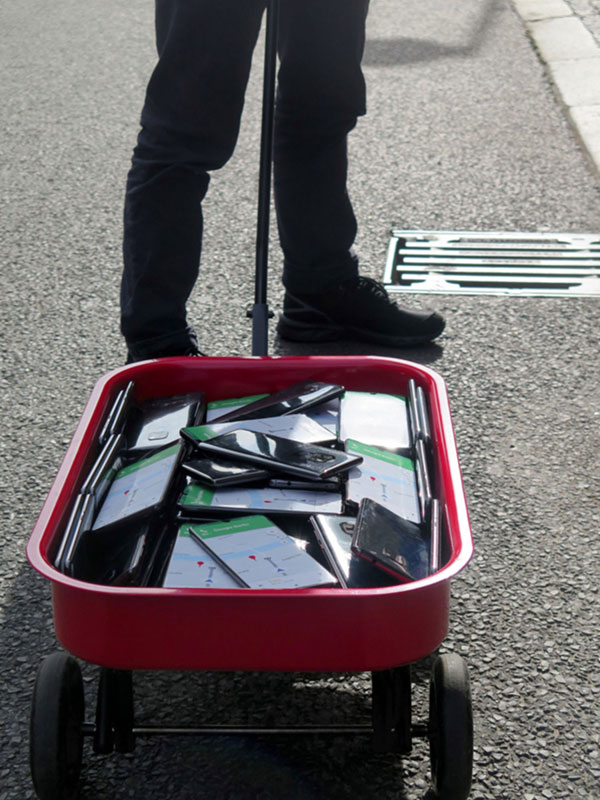