Shocking Footage from Sendai Airport During 9.0 Earthquake and Tsunami in 2011 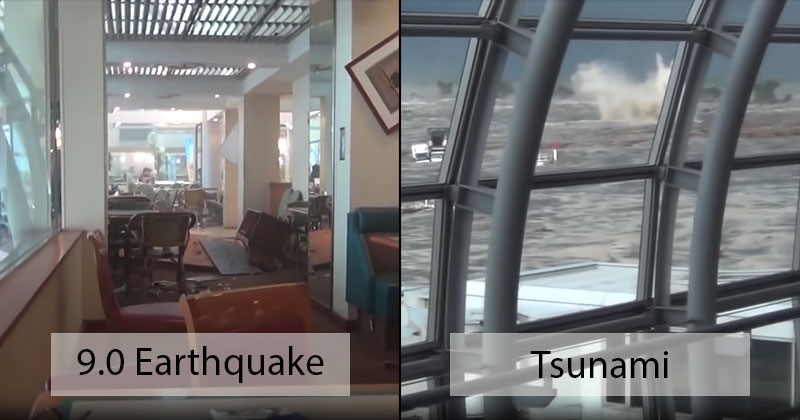 The earthquake triggered powerful tsunami waves that may have reached heights of up to 40.5 meters (133 ft) in Miyako in Tōhoku’s Iwate Prefecture, and which, in the Sendai area, traveled at 700 km/h (435 mph) for up to 10 km (6 mi) inland.

Watch the harrowing moments above from video taken at Sendai Airport.