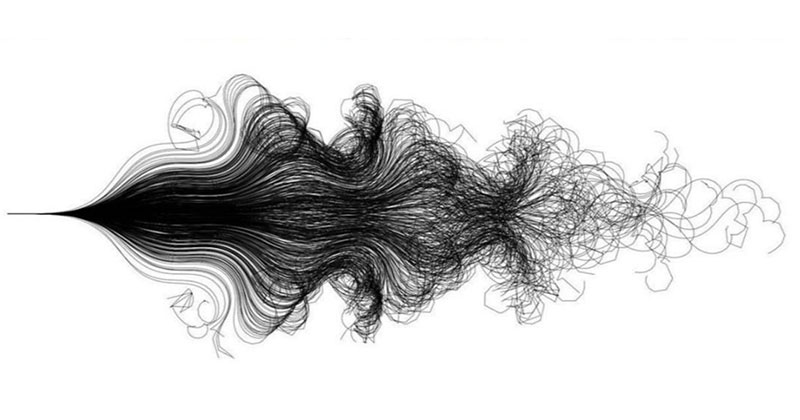 In a paper entitled, It Takes Two Neurons To Ride a Bicycle, Matthew Cook mapped the path of 800 unmanned bicycles until they fell over.

The visual was shared on reddit a few weeks back and it kind of reminds me of an ink plume dropped in water, or smoke being released into the air .