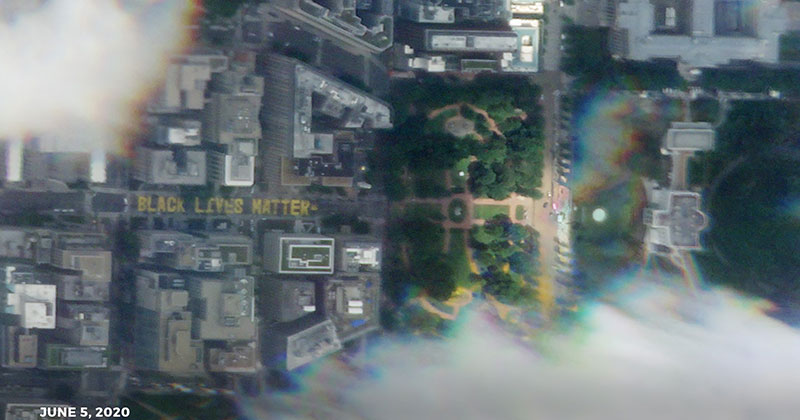 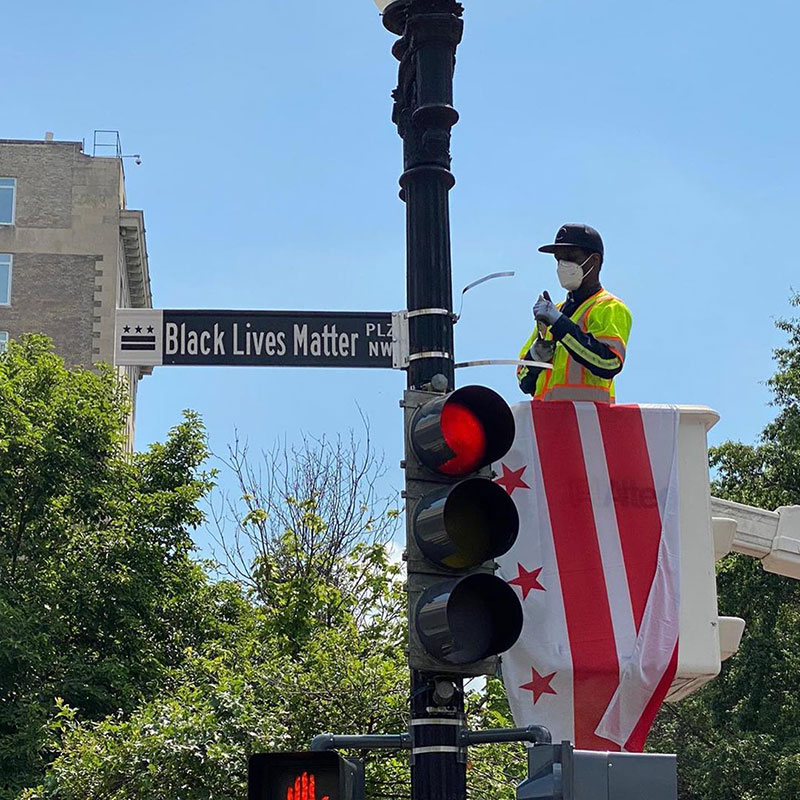 The mural and street sign were unveiled on Friday as the Plaza has been sight for ongoing protests in the nation’s capital. Mayor Bowser is a black woman and Democrat that has been in a battle with the President.

Interestingly, the local Black Lives Matter chapter, panned what they saw as a PR stunt and ‘performative distraction’:

This is a performative distraction from real policy changes. Bowser has consistently been on the wrong side of BLMDC history. This is to appease white liberals while ignoring our demands. Black Lives Matter means defund the police. @emilymbadger say it with us https://t.co/w0ekwSG1ip

On Thursday, the Mayor also demanded the President, “withdraw all extraordinary federal law enforcement and military presence from Washington DC.” She also criticised troops for not wearing any identification, allowing them operate outside “established chains of commands,” she said. [source]

Google Maps has been quick to update the street name on their system and satellite imagery from Friday shows just how big the mural is.

Below you will find videos and additional photos of the mural and street sign change.

#Blacklivesmatter mural painted on 16th st near the #WhiteHouse 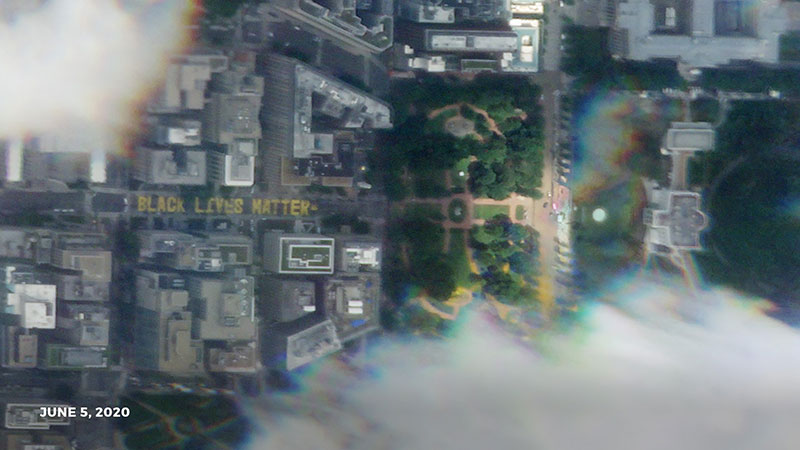 Google Maps prior to the street name change 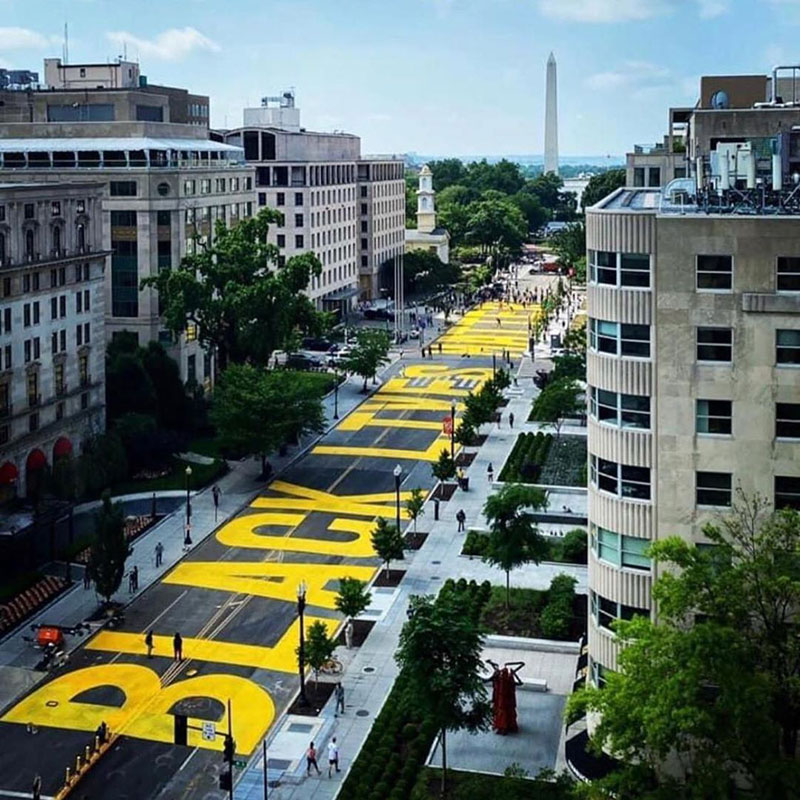 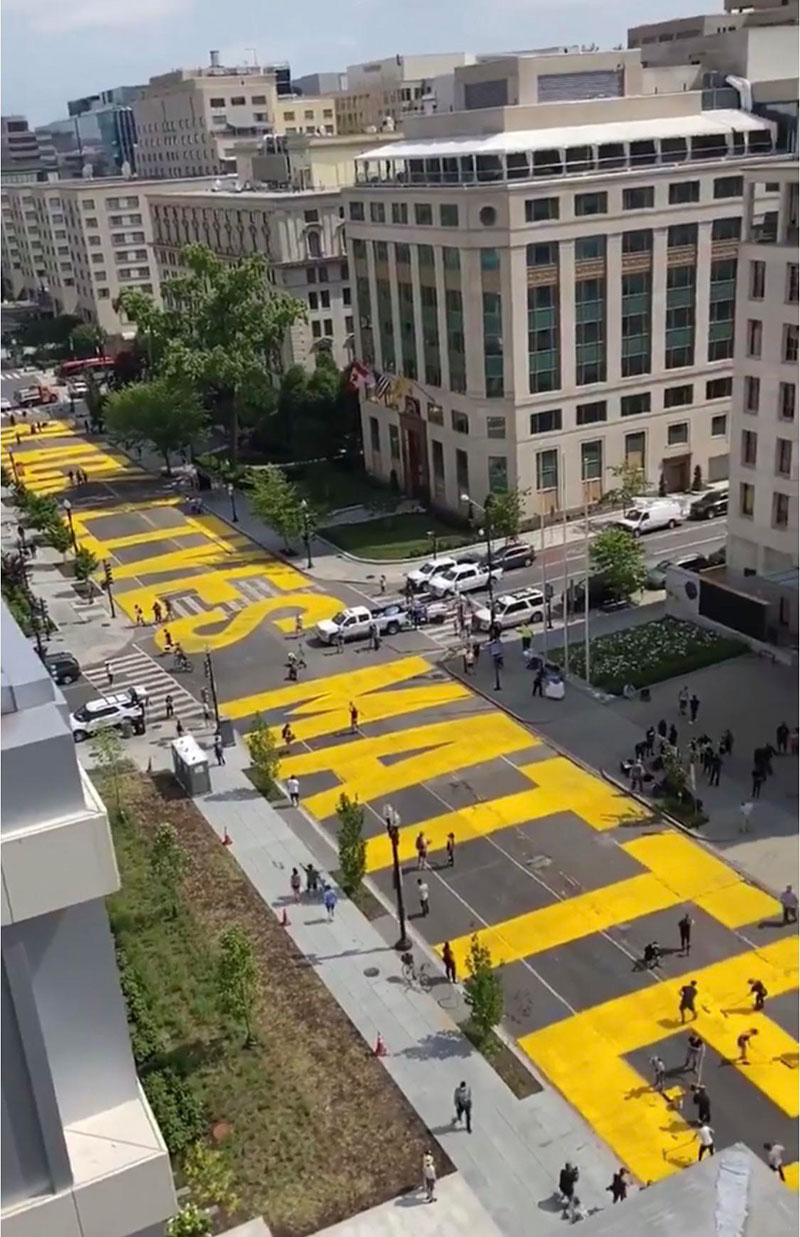 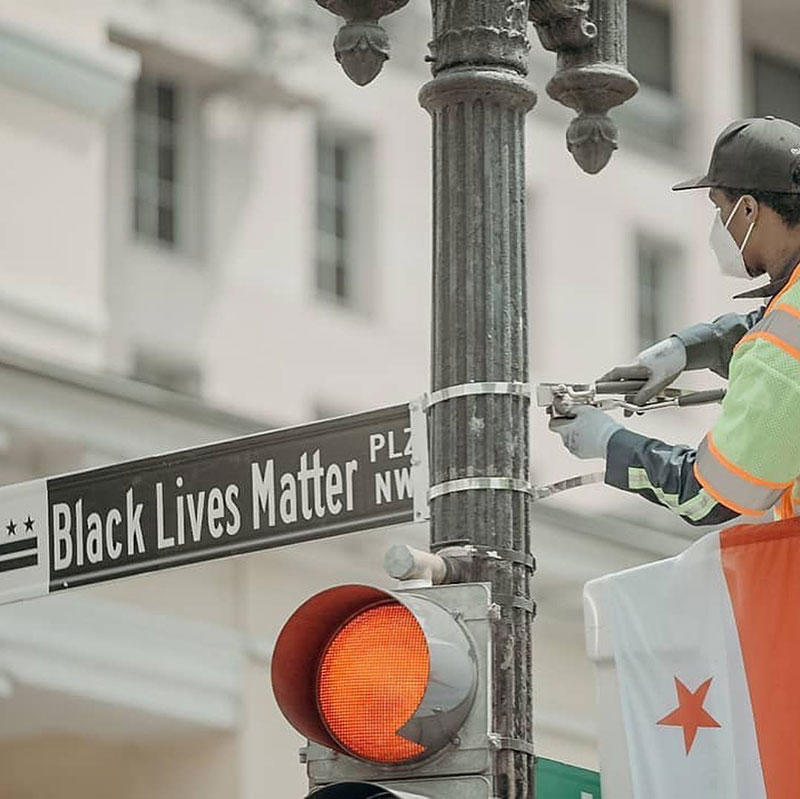