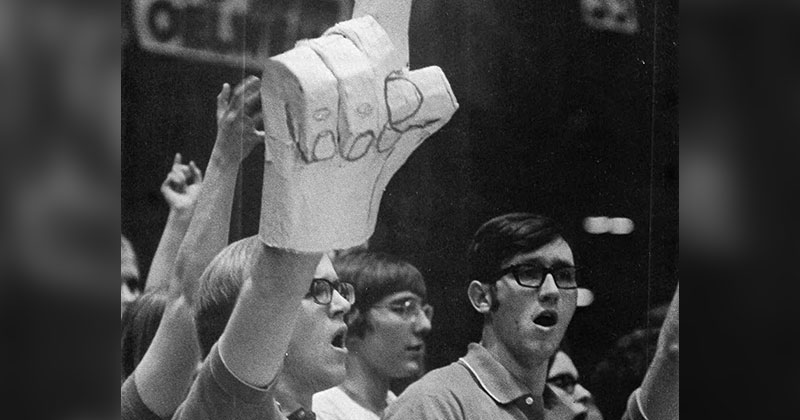 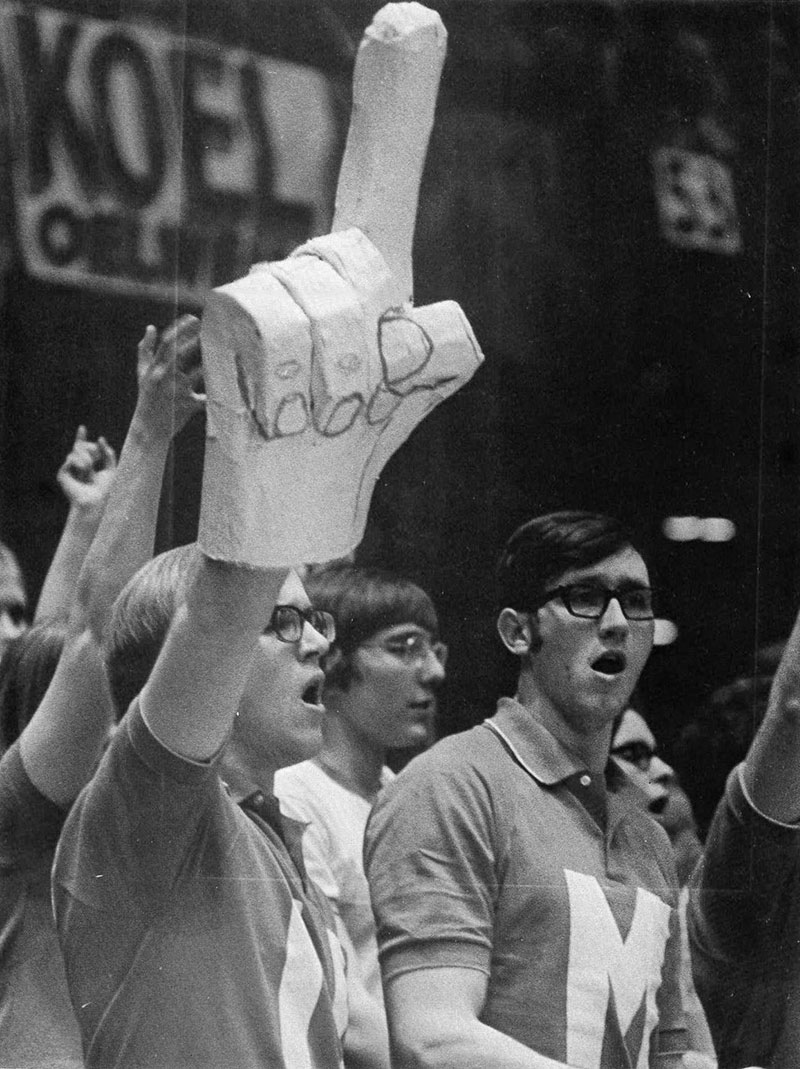 Seen here is the first known prototype of the giant foam hand/foam finger. It was created in 1971 by Ottumwa High School student Steve Chmelar, who constructed a giant hand out of hardware cloth and papier-mâché for the 1971 Iowa High School Athletic Association Boy’s State Basketball Finals, between the Ottumwa Bulldogs and the Davenport West Falcons.

A senior in high school, Steve’s photo was taken by the Associated Press and published in the Des Moines Tribune and the 1971 Ottumwa High School class yearbook, the Argus, in Ottumwa, Iowa.

While this 1971 prototype was made from papier-mâché, in 1976, Geral Fauss, a teacher at Cy-Fair High School created foam fingers to show support for the team at the high school where he taught, to raise funds for the industrial arts club, and as a project that his industrial arts class could produce themselves. His first prototype foam finger was actually made out of plywood and had a painting of a “number one” done in the school’s colors.

Fauss first sold his foam fingers at the 1978 Cotton Bowl in Dallas (University of Texas vs. Notre Dame), and he later went on to found Spirit Industries for the large scale manufacturing of foam fingers. In 1979, the first polyurethane foam version of the product was produced by Spirit Industries. [source]