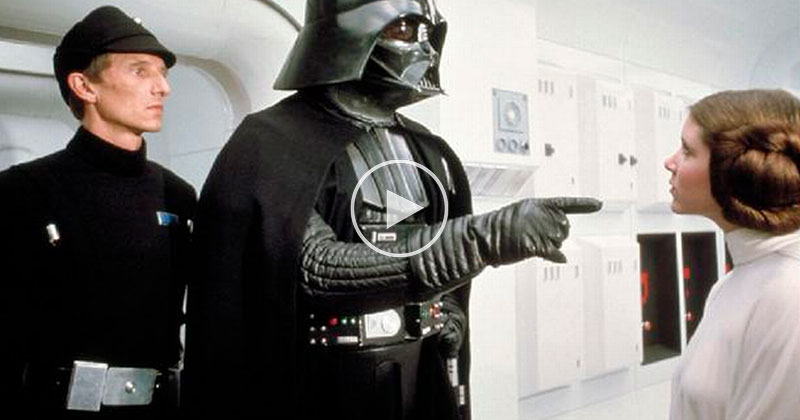 In this interesting behind-the-scenes look at Star Wars, we get to hear the original voice of Darth Vader actor, David Prowse. Although his voice was never intended to be used in the final cut, it’s interesting that all the other actors on set heard Prowse’s voice recite all of Vader’s actual lines when filming.

We all know the iconic Vader voice over would eventually be done by James Earl Jones, can you imagine in some alternate Universe where it’s Prowse’s voice and not Jones’?

The clip is from the documentary, “Empire of Dreams”.