In 1984, John Lowe Achieved the First Ever Nine-Dart Finish in Televised History 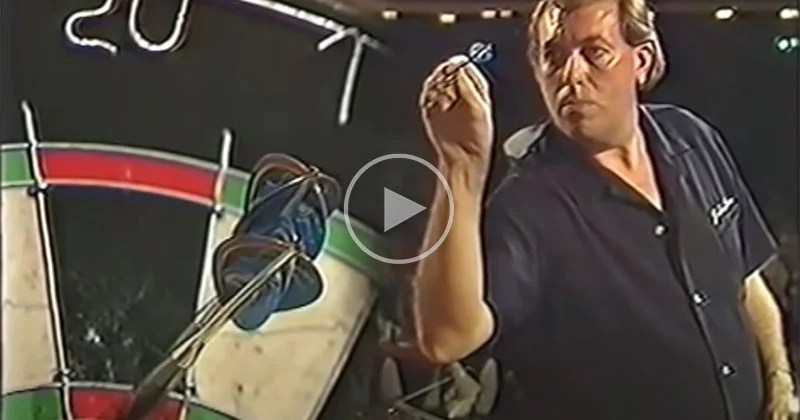 A nine-dart finish, also known as a nine-darter, is a perfect leg in the sport of darts, using only nine darts, the fewest possible, to check out from 501. It is difficult to achieve, even for the game’s top professionals, and is considered the highest single-game achievement in the sport, similar to a maximum 147 break in snooker or a 300-point game in bowling.

The first televised nine dart finish was achieved at the MFI World Matchplay on 13 October 1984 by John Lowe, who used the third method (with the T17 first, then T18, D18) as his outshot after scoring two maximum 180s. For this he received a prize of £102,000, and he went on to win the whole event. [source]