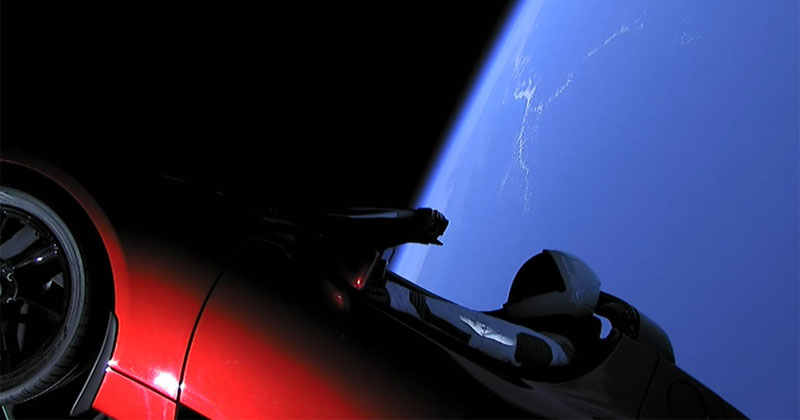 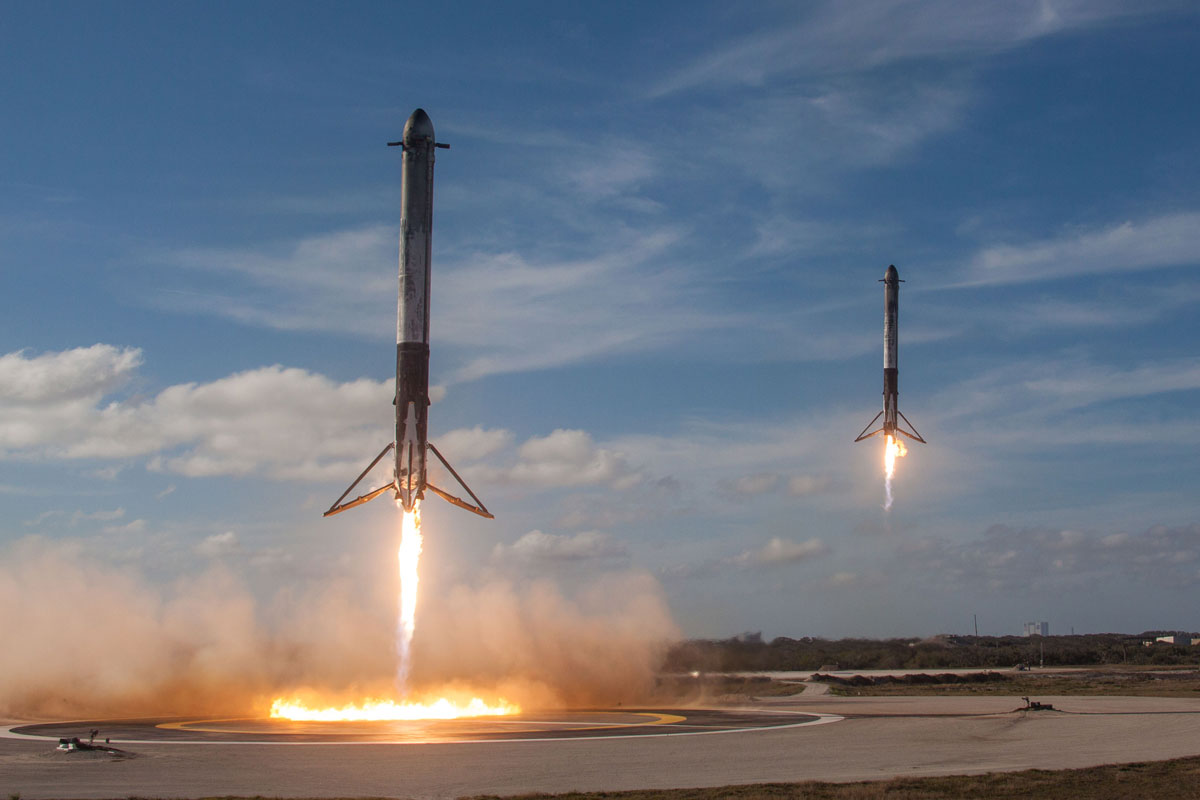 On February 6, 2018 Elon Musk’s SpaceX successfully launched the world’s most powerful rocket, the Falcon Heavy, into space from the Kennedy Space Center in Florida. In the process, he launched a Tesla Roadster into space (playing a David Bowie soundtrack on loop) on a one-way mission to Mars and successfully landed 2 of 3 Falcon 9 rockets used for the launch (seen above).

According to BBC, the Falcon Heavy is designed to deliver a maximum payload to low-Earth orbit of 64 tonnes – the equivalent of putting five London double-decker buses in space. Such performance is slightly more than double that of the world’s next most powerful rocket, the Delta IV Heavy – but at one third of the cost thanks to its re-usability. 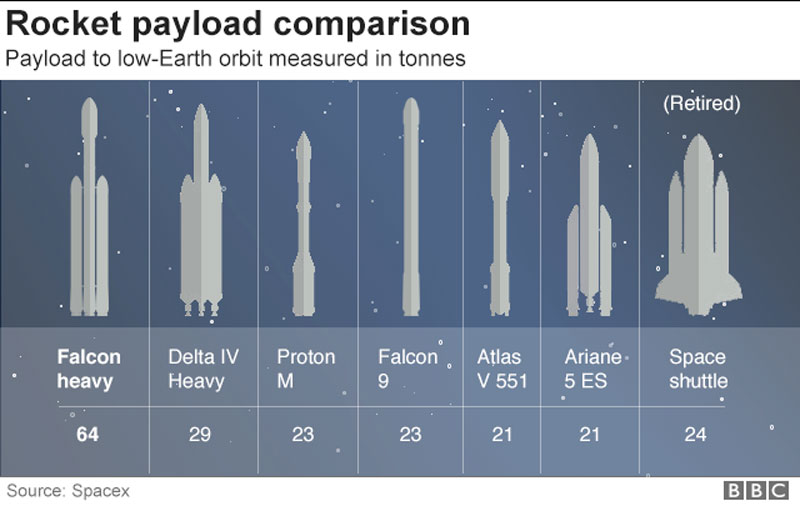 The complete 43-minute launch video has been embedded below. Highlights include:

The larger payload combined with the lower cost opens up more possibilities for launching larger satellites, robots and telescopes into space. For the Tesla Roadster to make it to Mars’ orbit, the engine on the upper-stage rocket needs to fire on three separate occasions, with the third and final ignition only occurring after a long cruise phase. Only time will tell if that portion of the mission is successful.

Below you will find some photos from the historic mission, including the roadster which, as far as marketing goes, is pretty awesome. 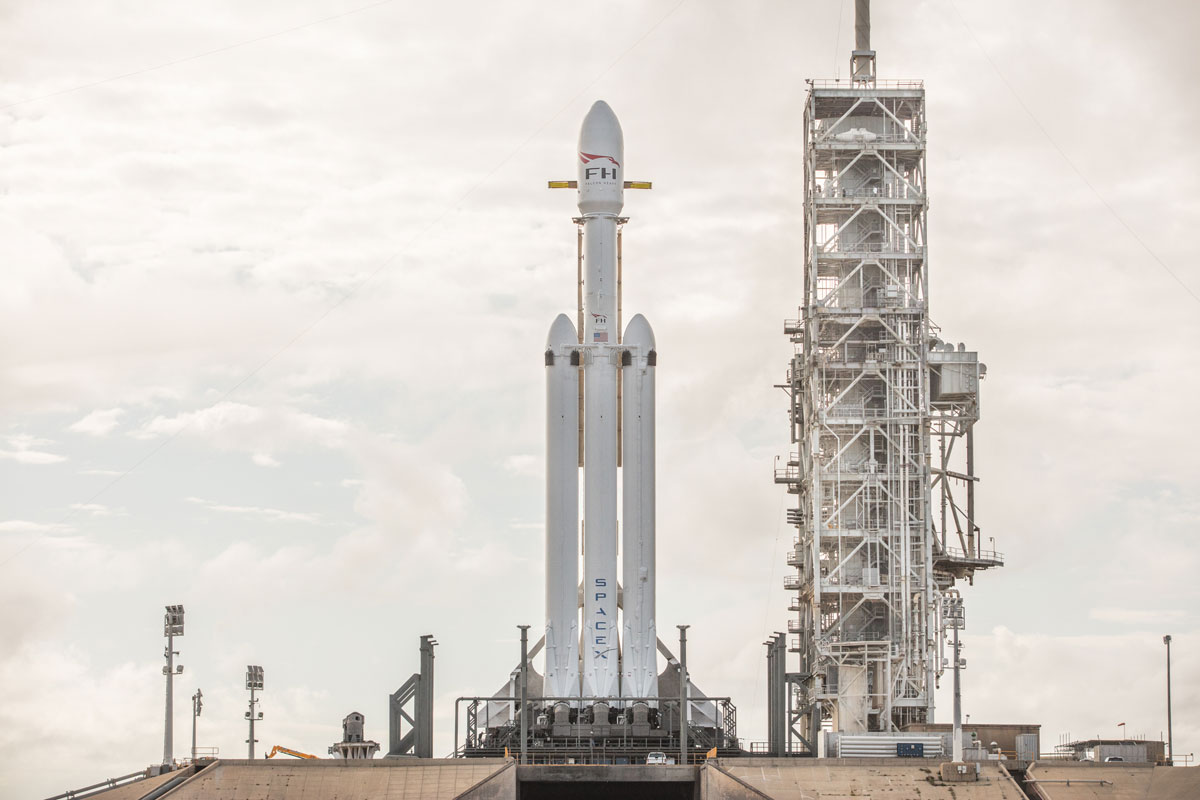 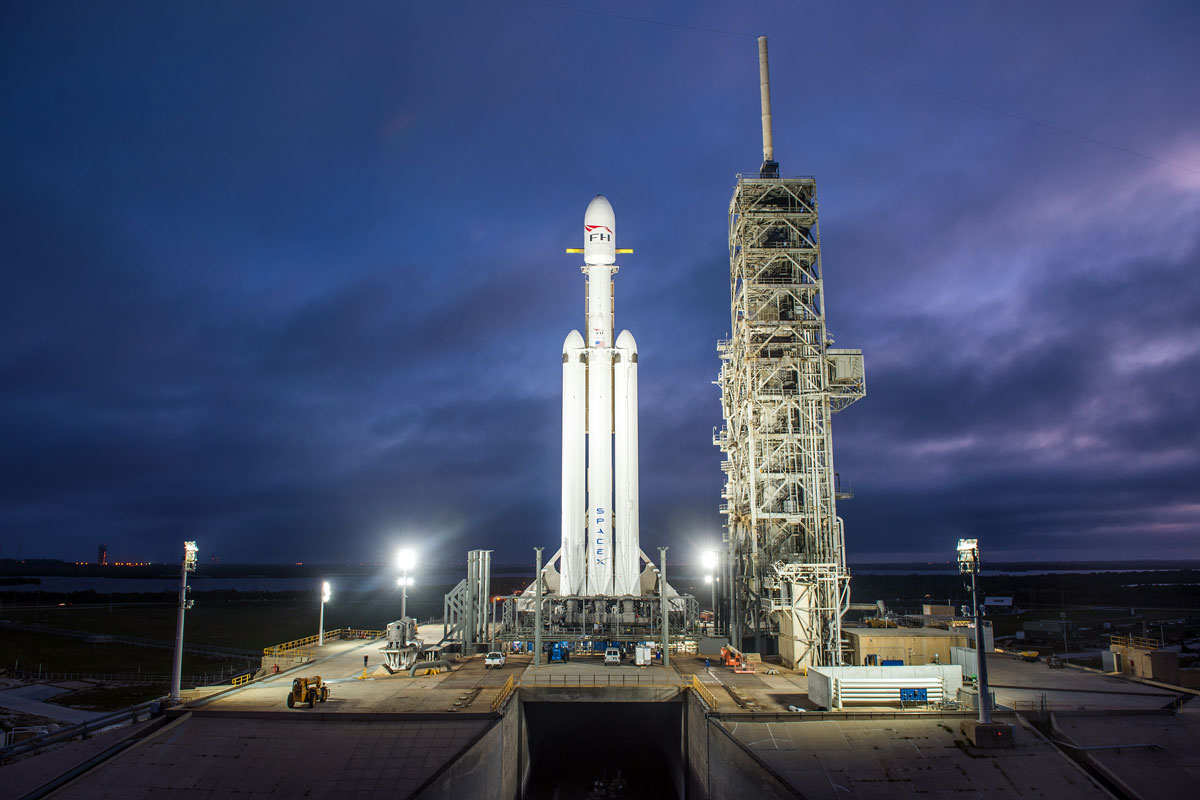 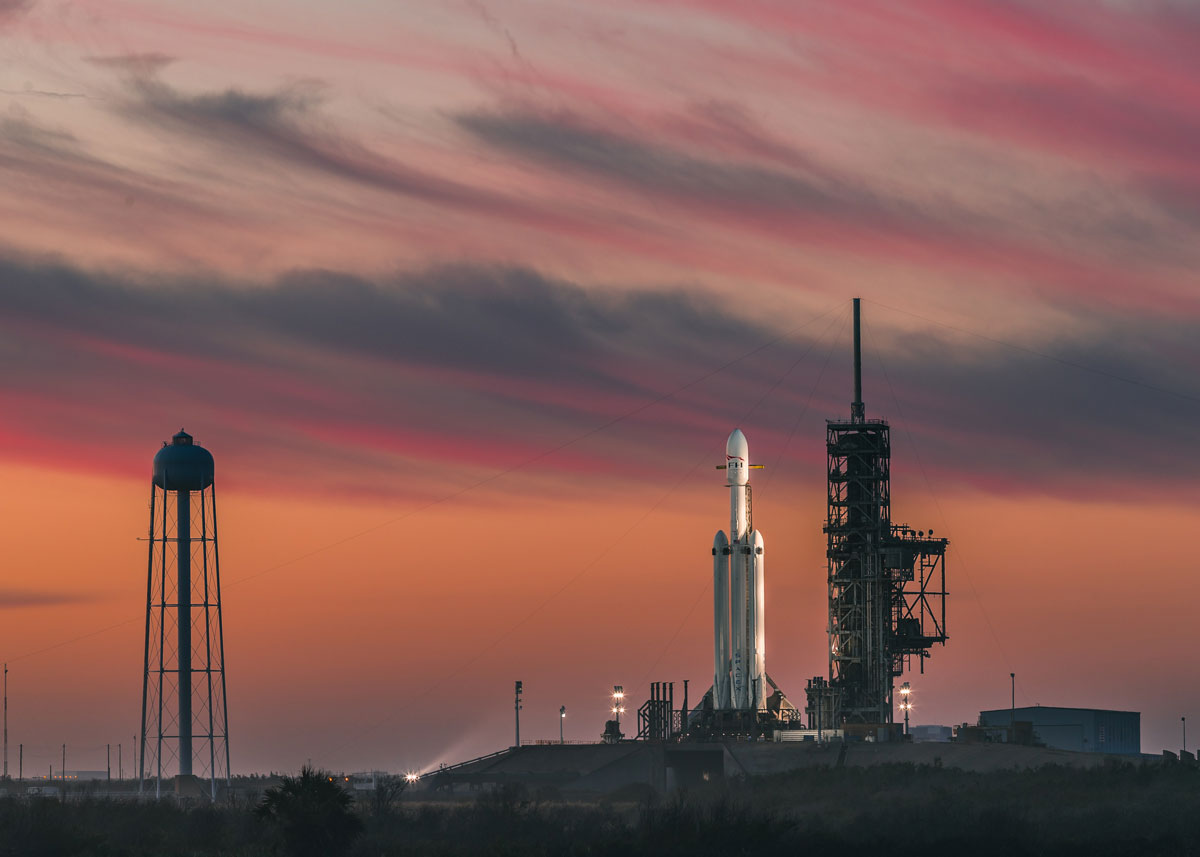 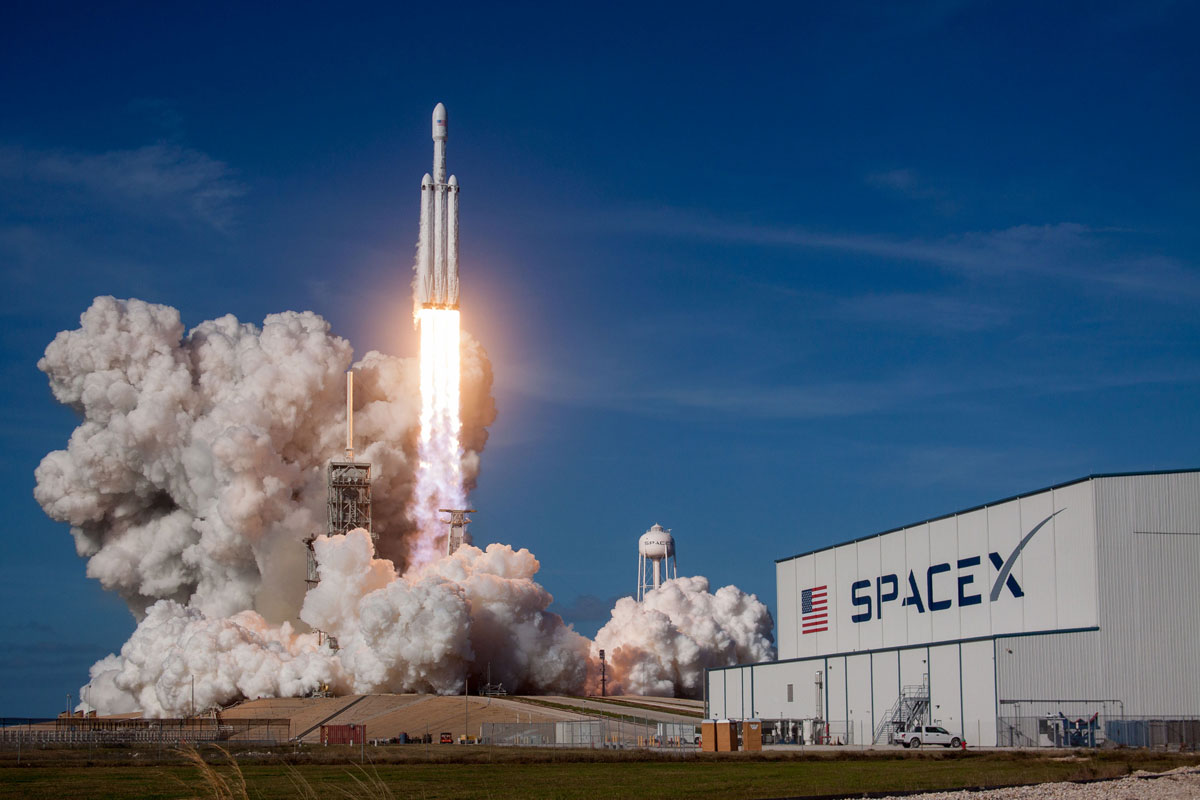 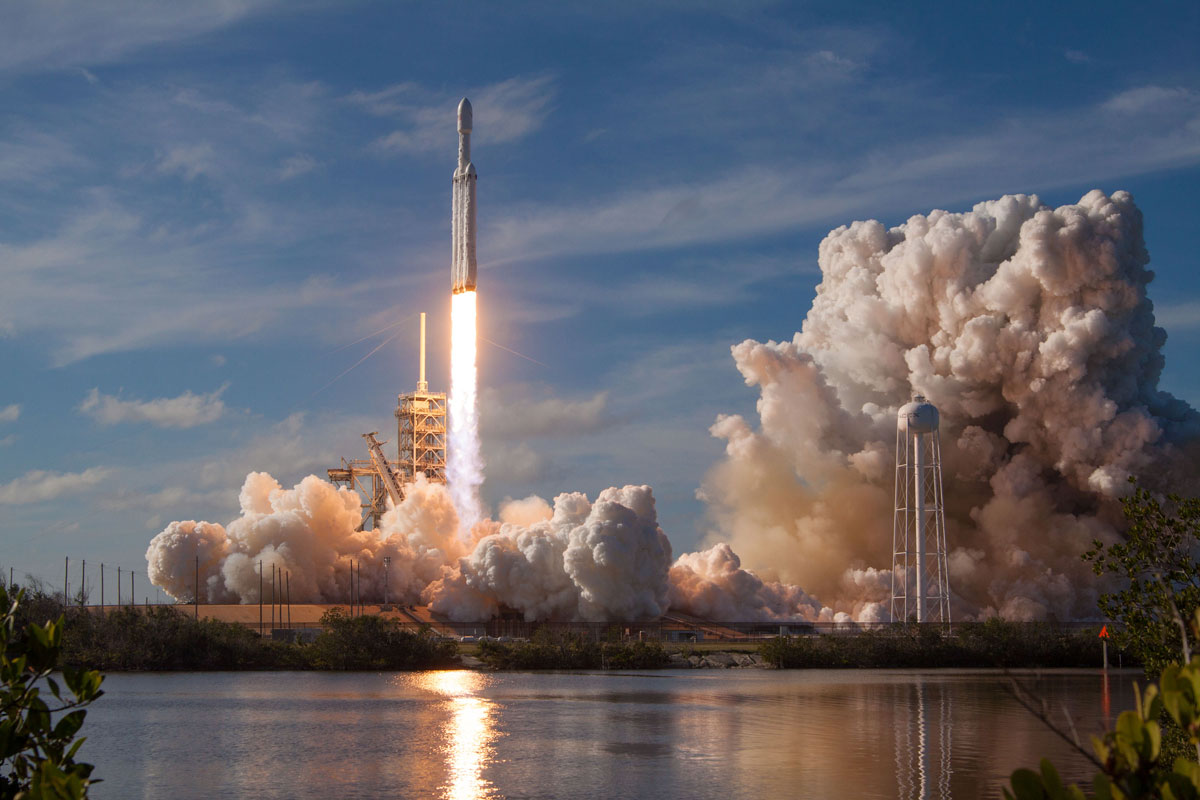 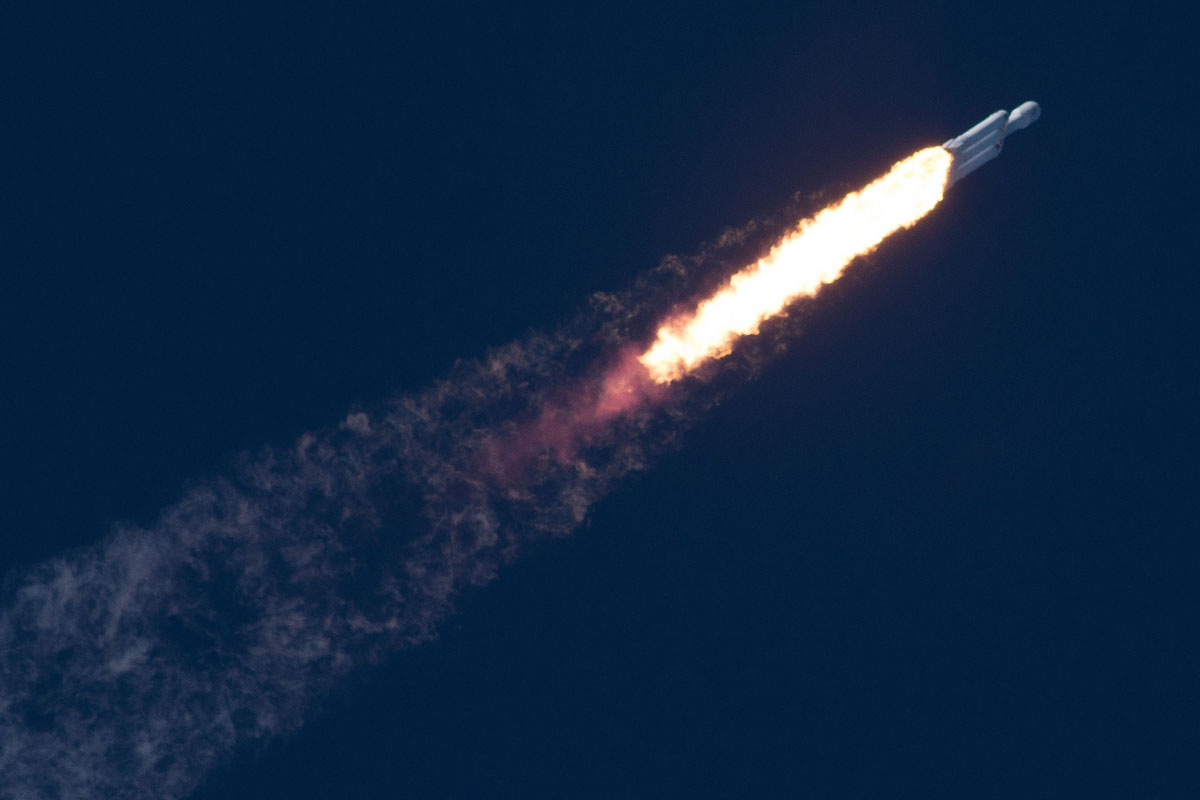 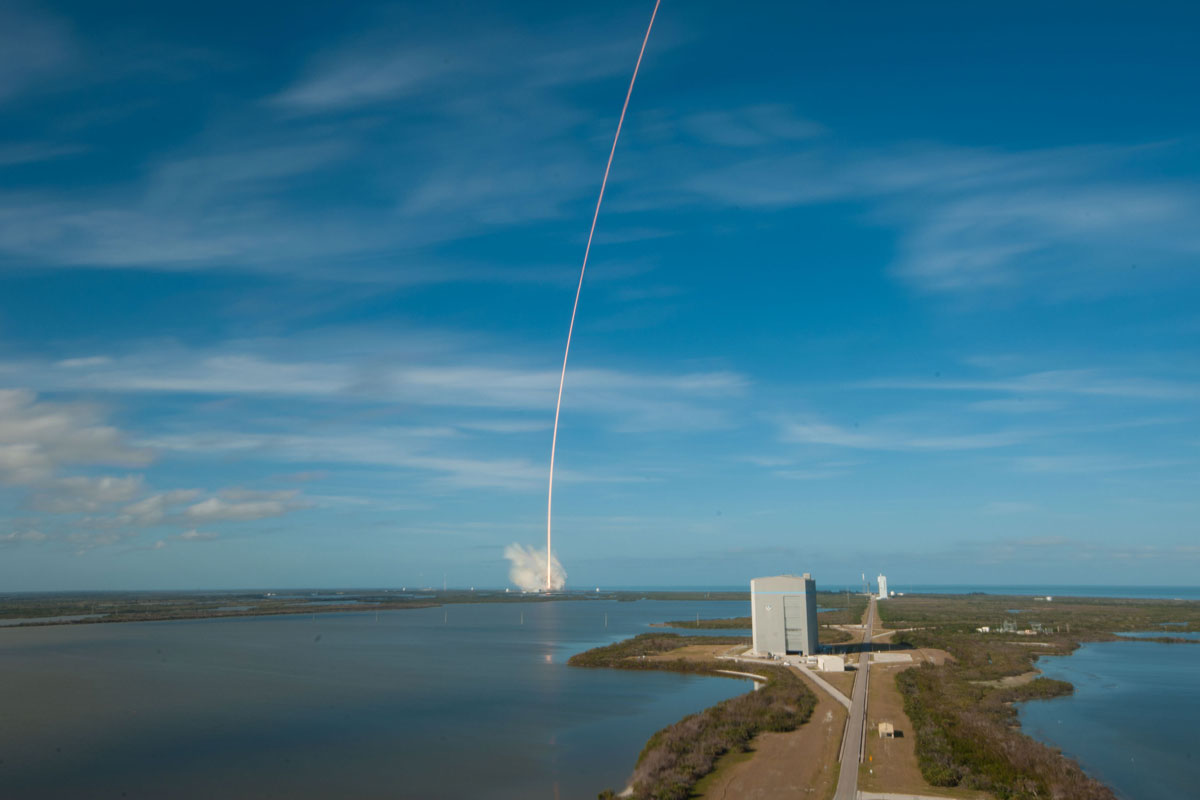 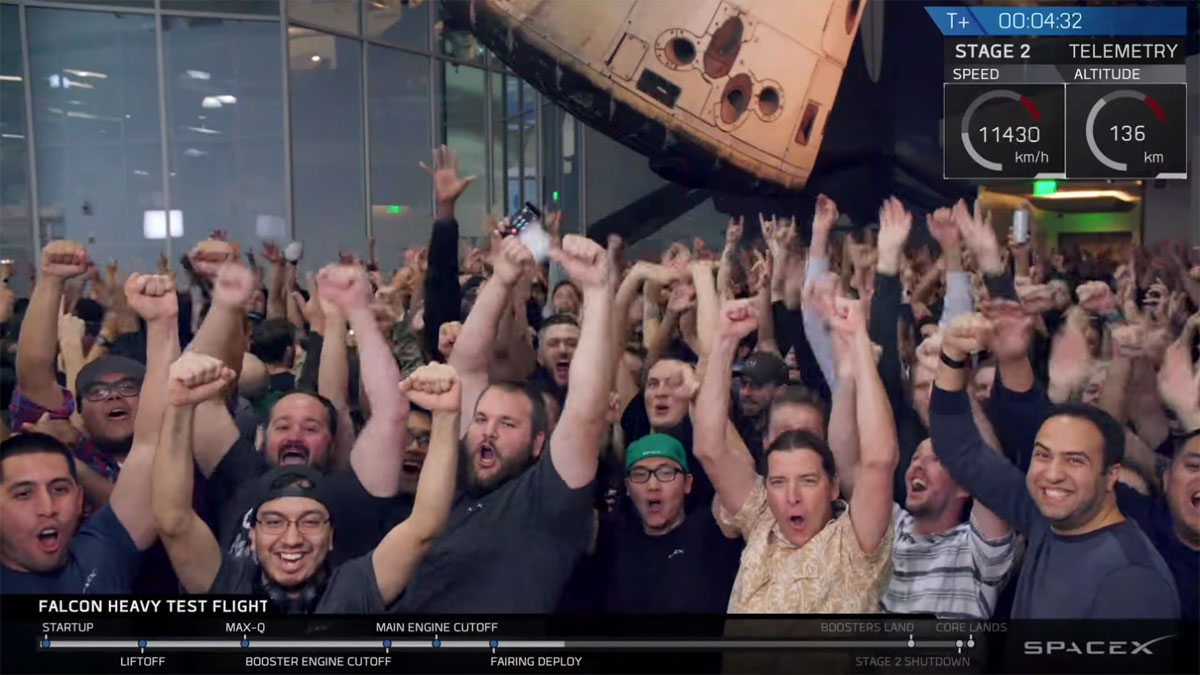 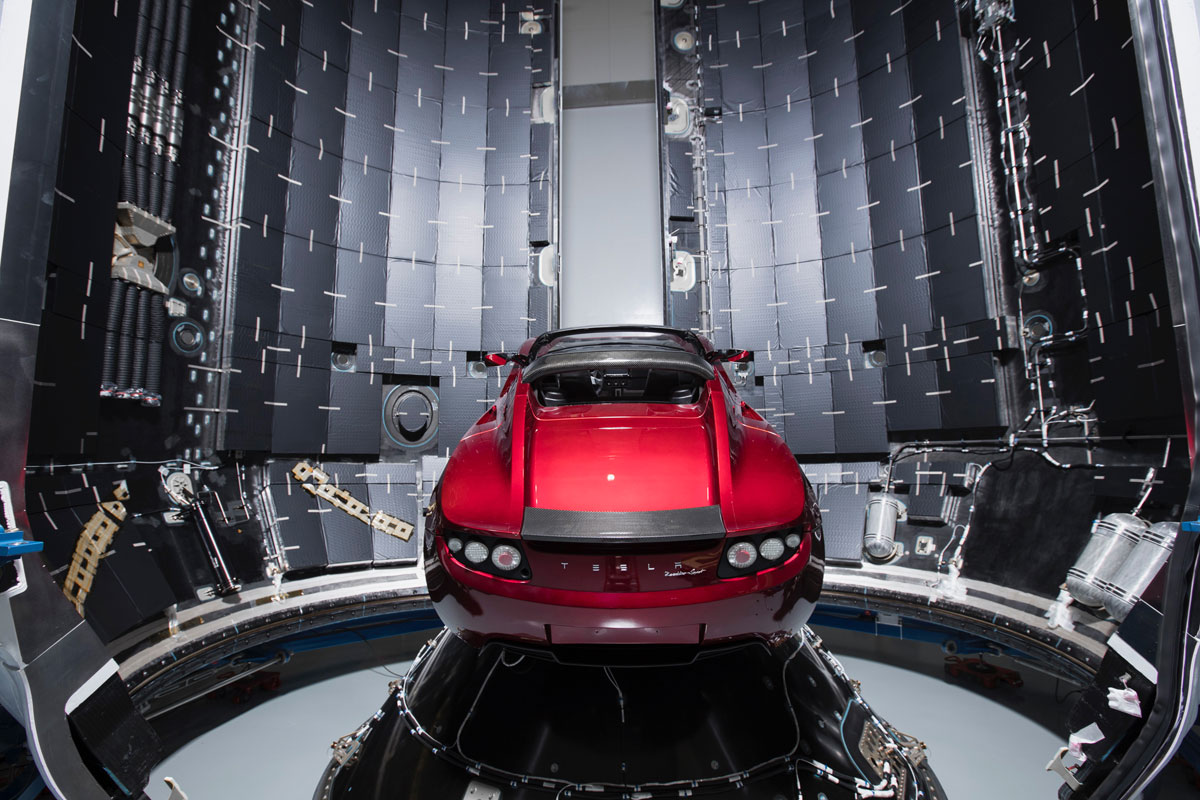 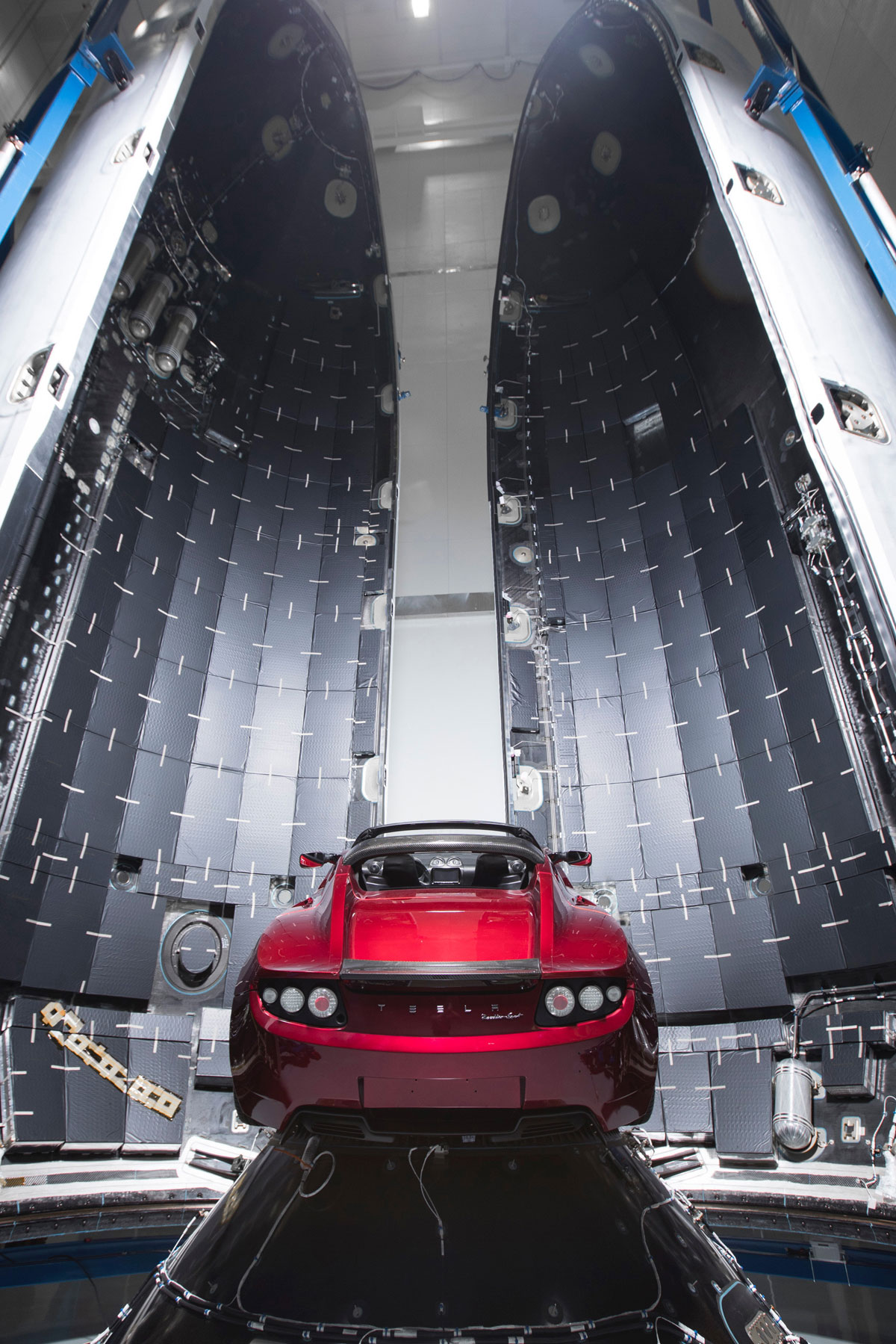 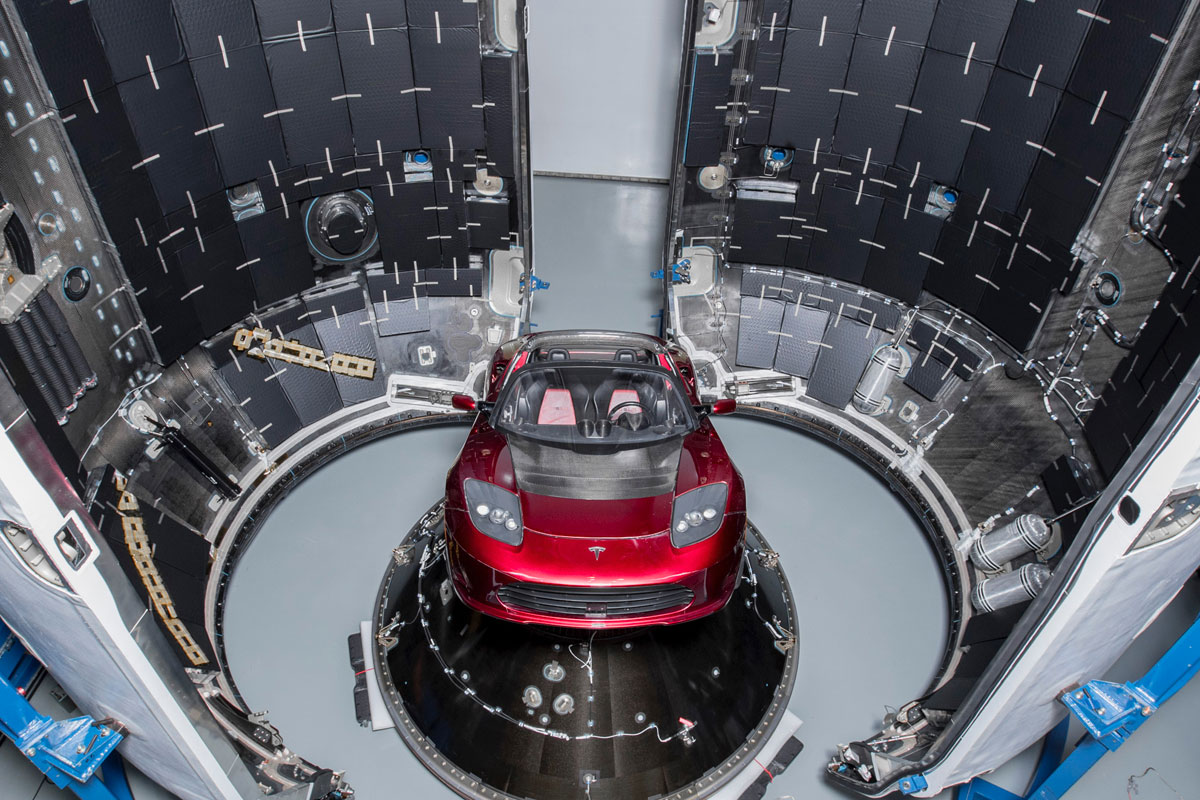 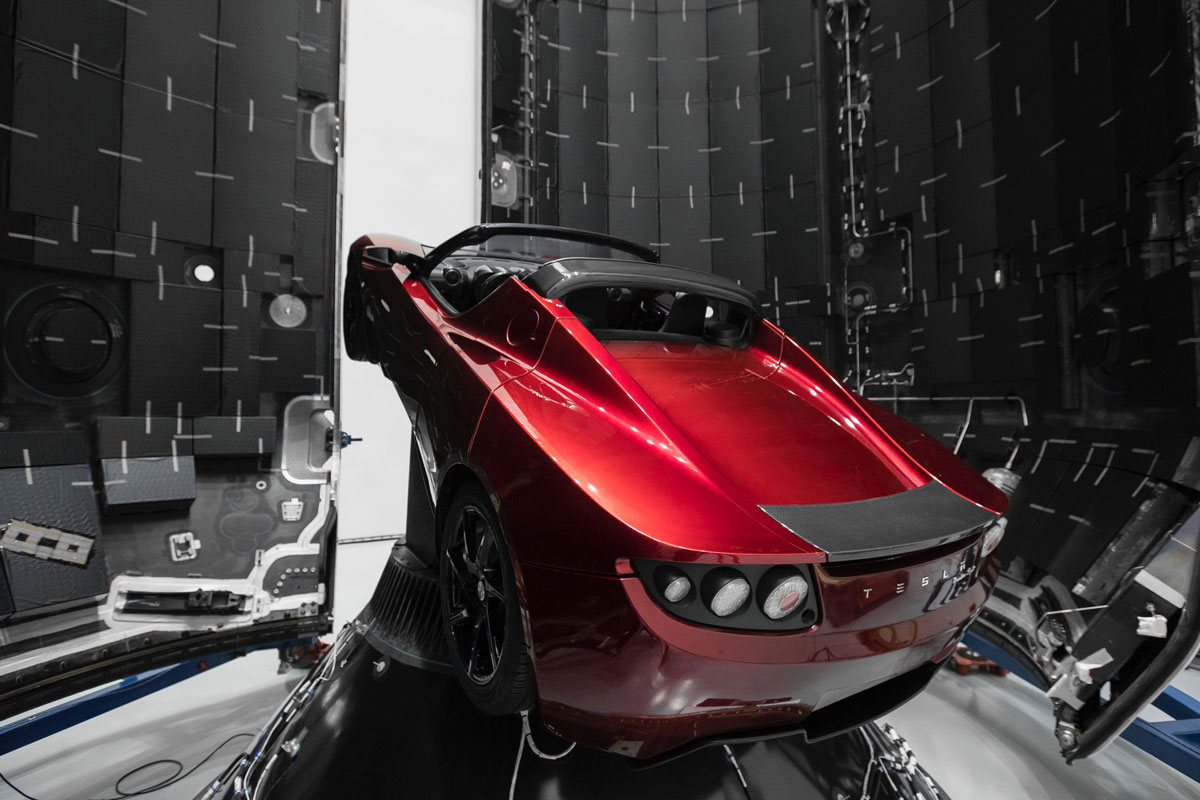 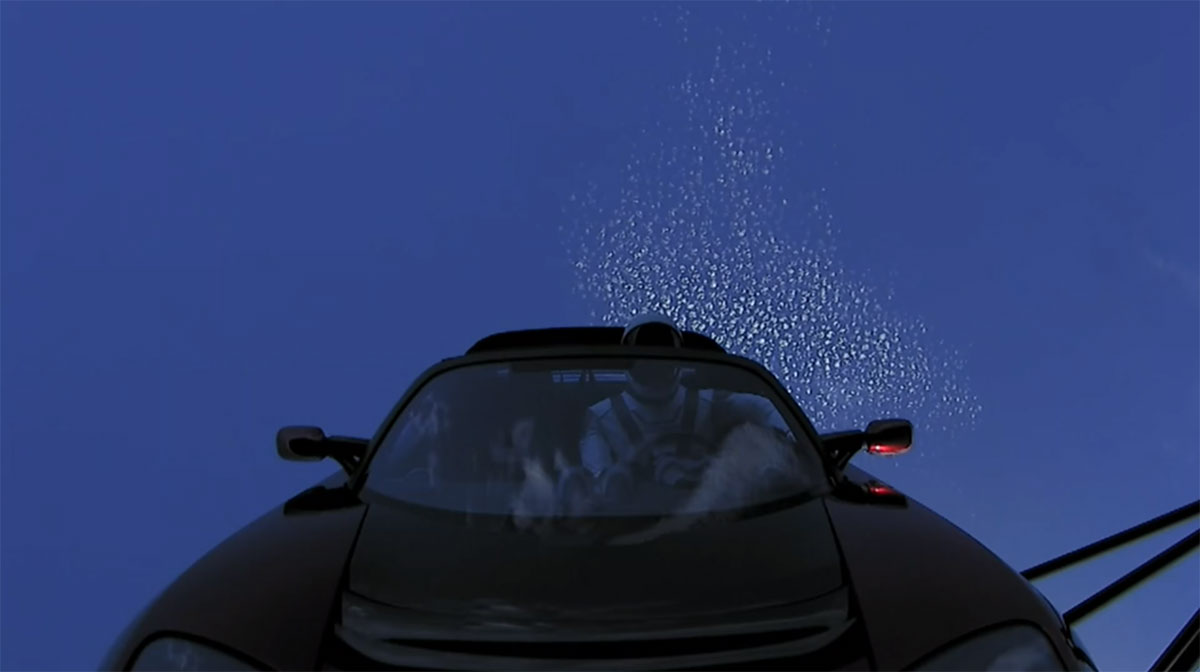 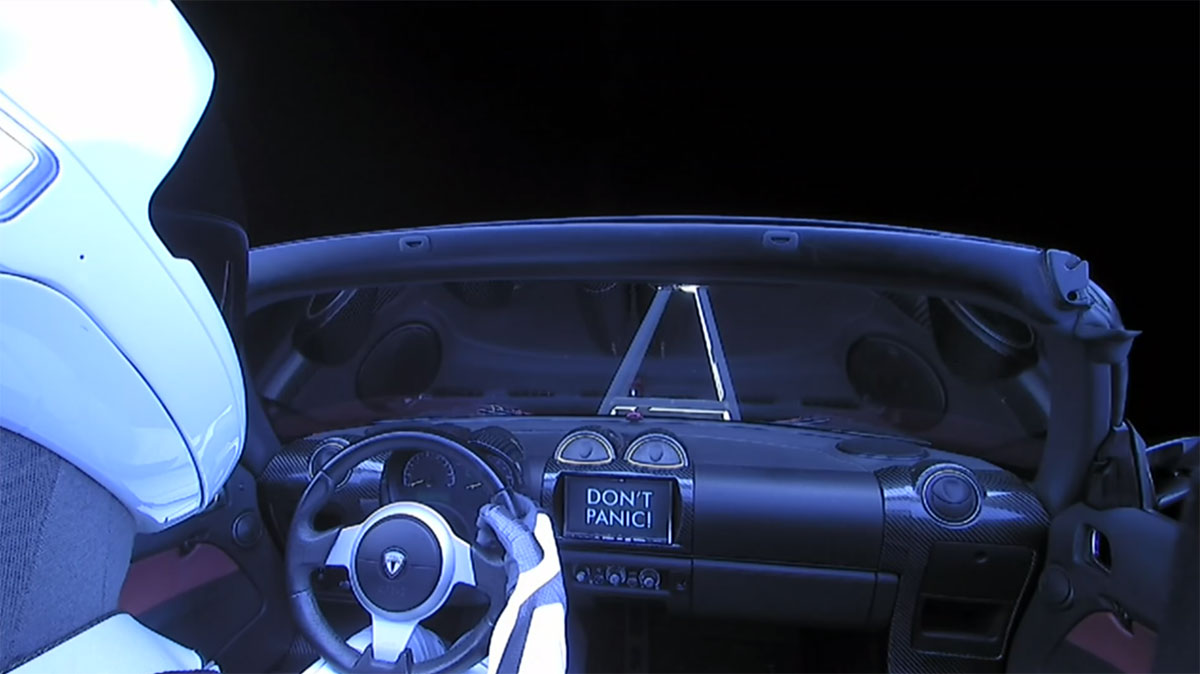 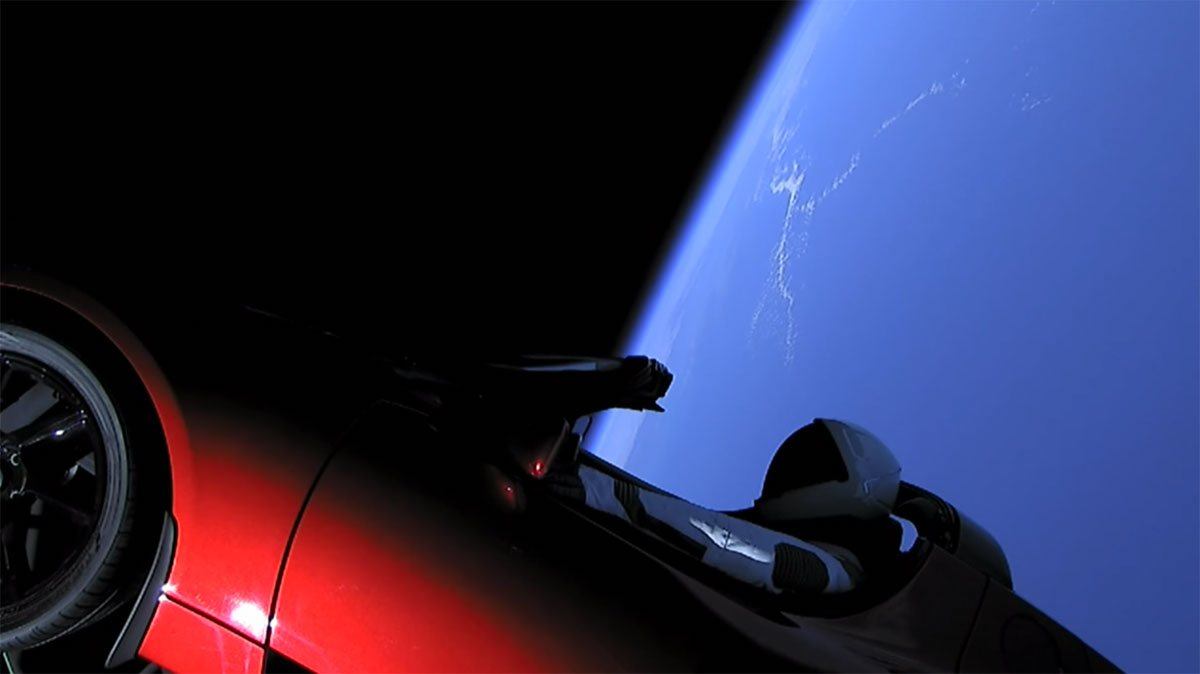 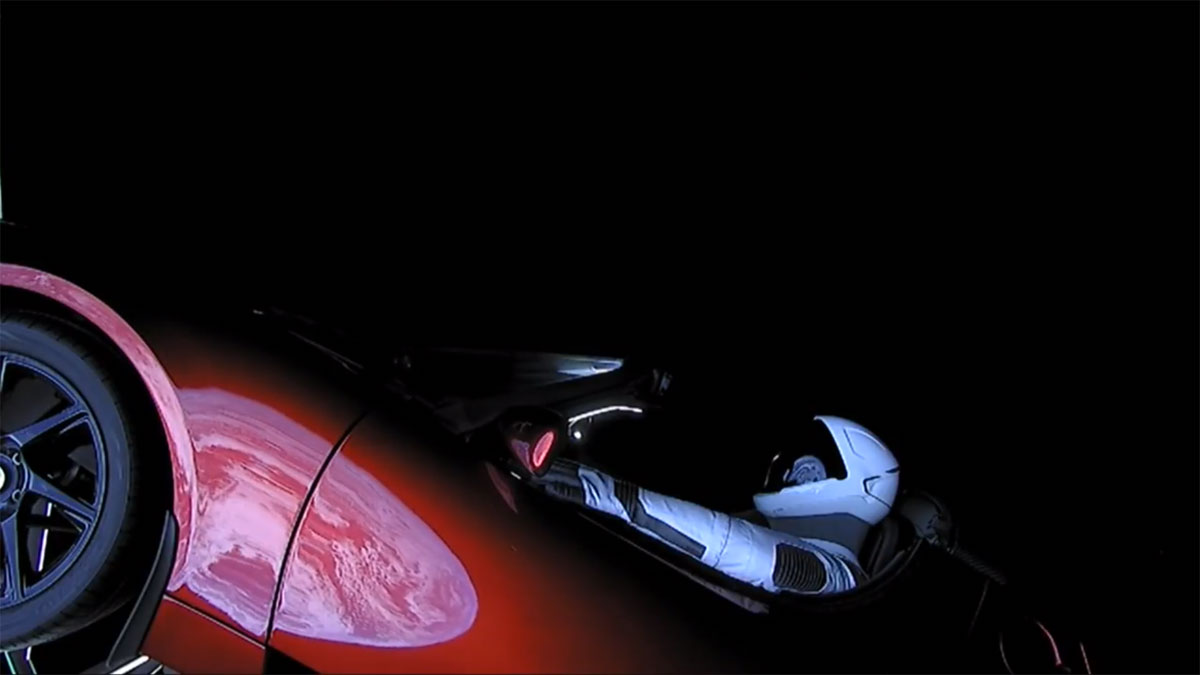