The MTA Banned Dogs on the Subway Unless They Fit in a Bag, but this is New York City 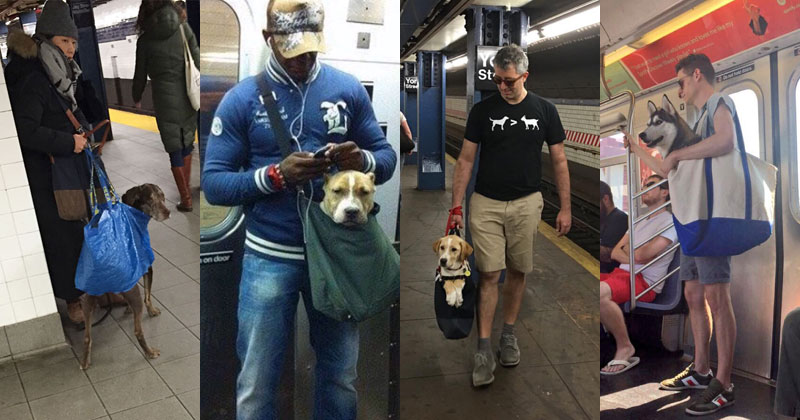 When the MTA banned dogs on the subway last October pet owners were outraged.

“No person may bring any animal on or into any conveyance or facility unless enclosed in a container and carried in a manner which would not annoy other passengers.” [source]

The rules were clear but this is NYC and New Yorkers are not ones to take anything lying down. Soon dogs of all sizes were riding the subway in bags of all sizes. Photos of these ‘doggybags’ shortly followed on social media.

Owners got creative, dogs continued to ride, and other passengers got a chuckle. Below you will find 11 hilarious examples of the ‘doggybag’ phenomenon, enjoy! 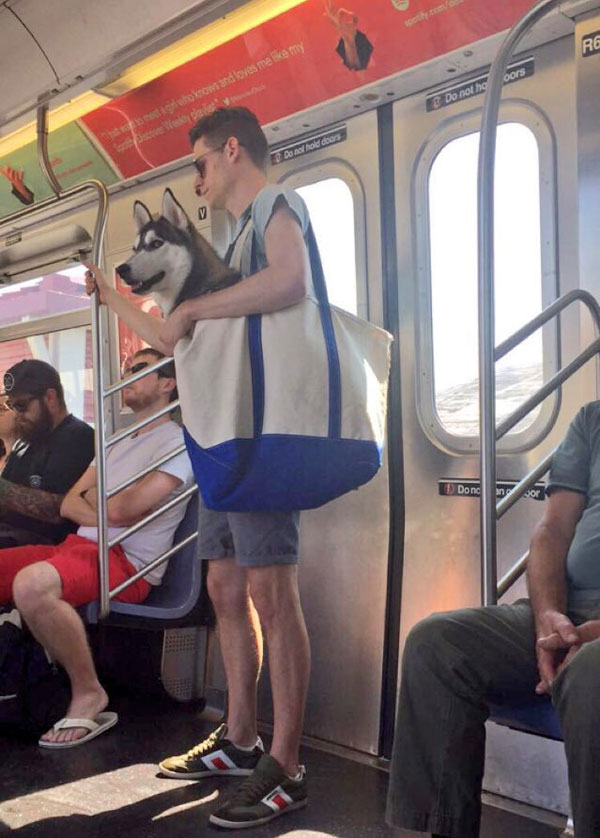 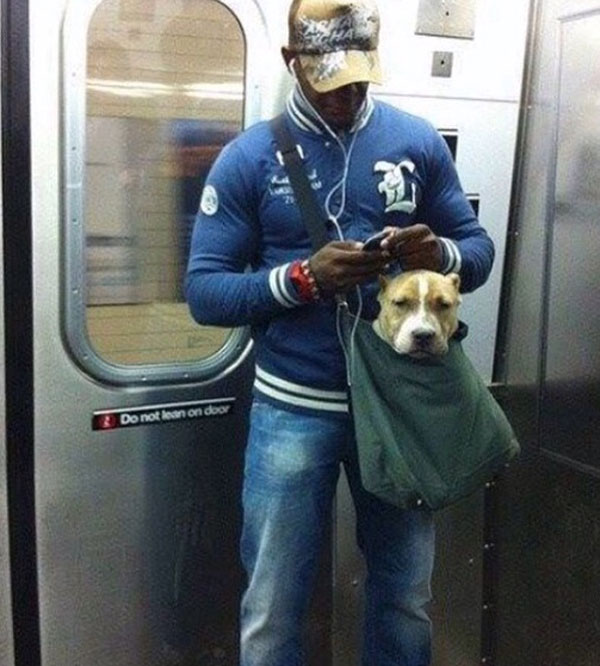 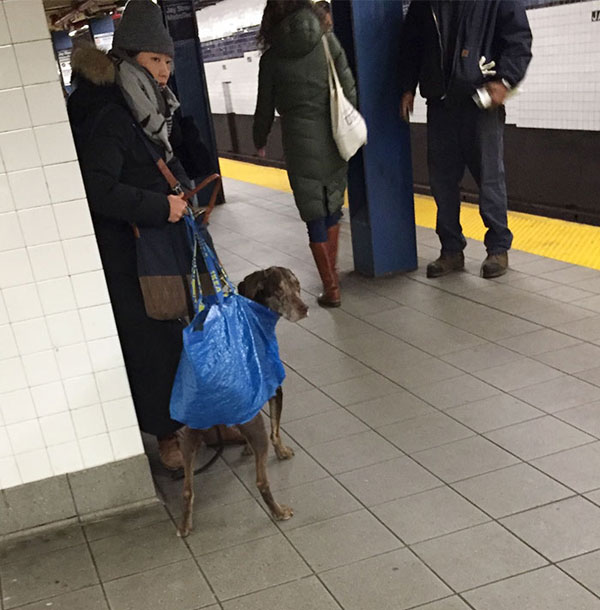 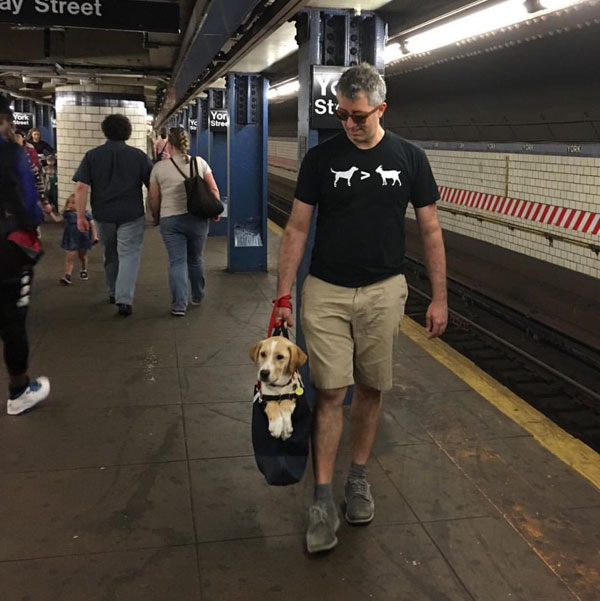 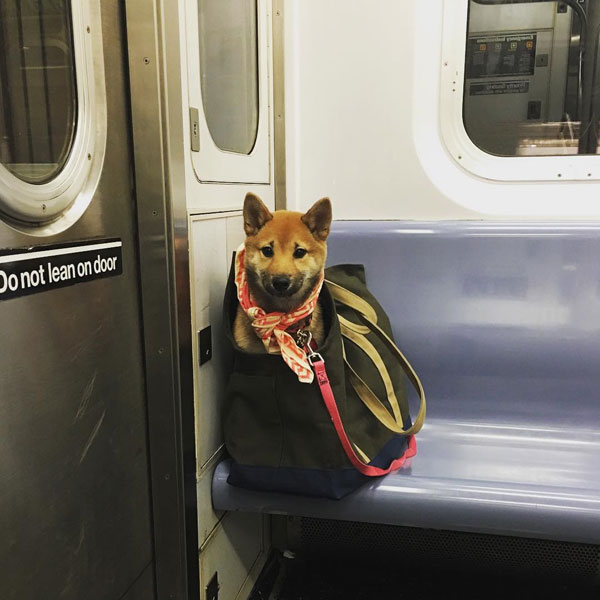 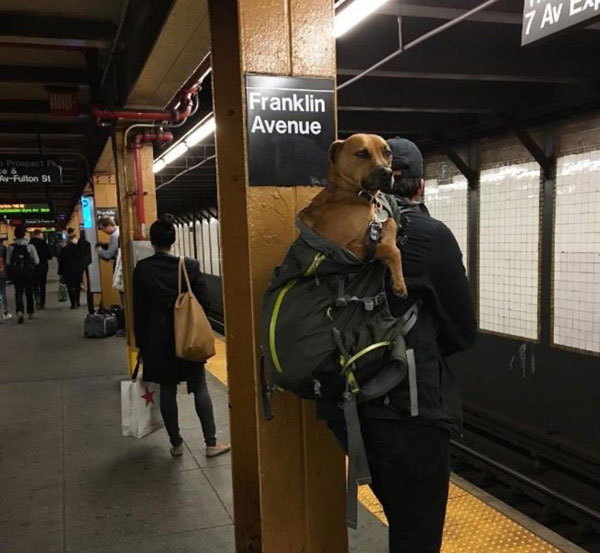 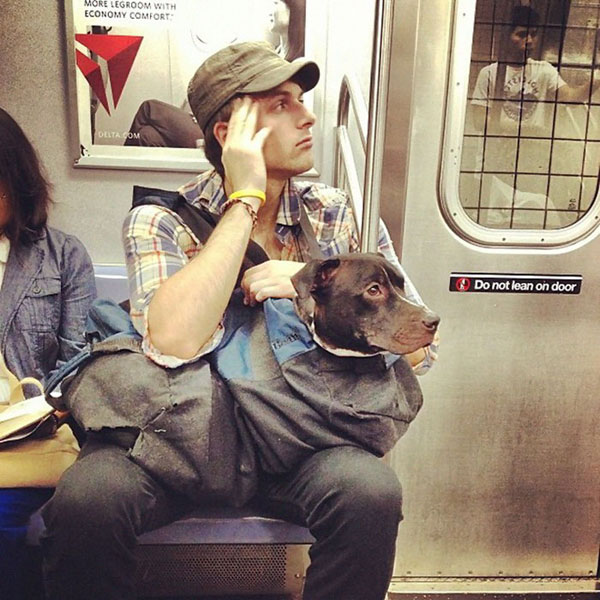 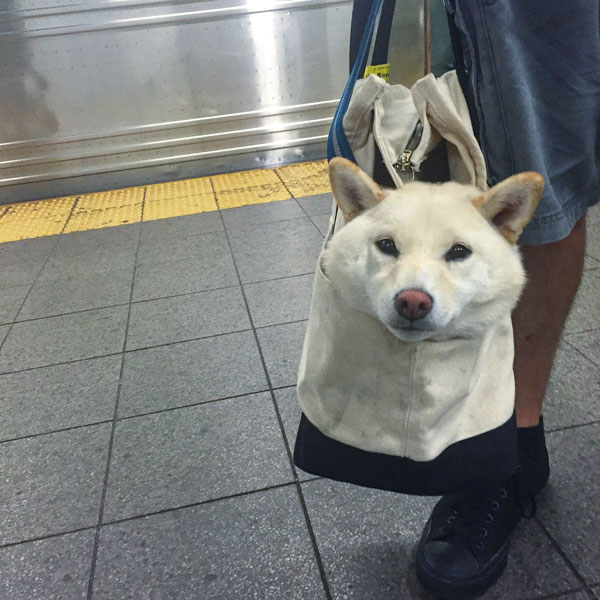 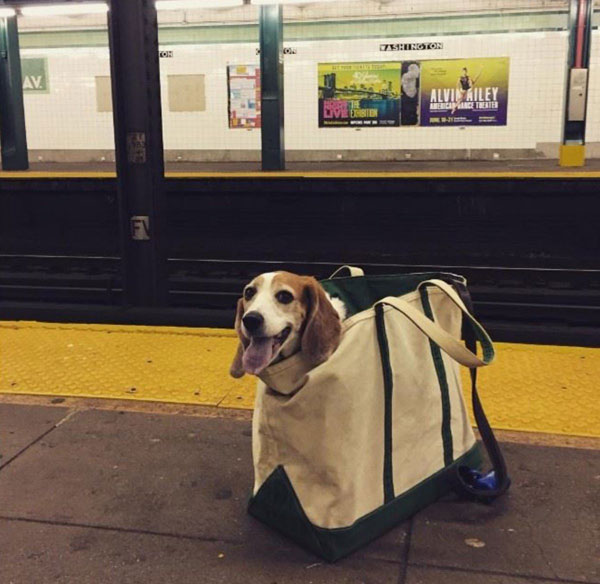 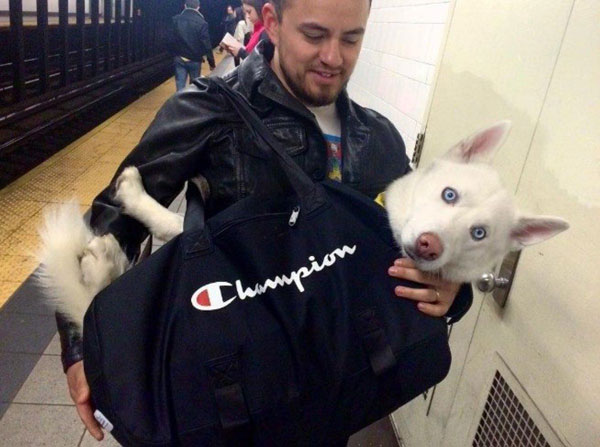