In a record-setting 48 hours, temperatures in Colorado over the Labor Day long weekend reached 100+°F, only to dramatically drop to the low 30s on Tuesday/Wednesday, with snowfalls totalling anywhere from 1 inch (Barr Lake) to 14 inches (Westcliffe).

While large temperature swings in Colorado are known to occur, it’s unprecedented for this type of swing to happen in September.

In Fort Collins, the Colorado Climate Center at Colorado State University measured 0.3 inches of snow Tuesday morning, tweeting “the earliest accumulating snow ever observed in over 130 years of records!” That followed Sunday’s high of 99 degrees, the highest temperature ever observed so late in September. The National Weather Service says Fort Collins hit 100 degrees on Saturday.

In Denver, it has been 20 years since it has snowed in September for much of the Front Range. Denver reached 101 degrees on Saturday, making it the latest triple-digit day on record and helping to set a new monthly record high. [source]

There are countless regional records being set for both heat and cold across Colorado. You can find just a few of them below. 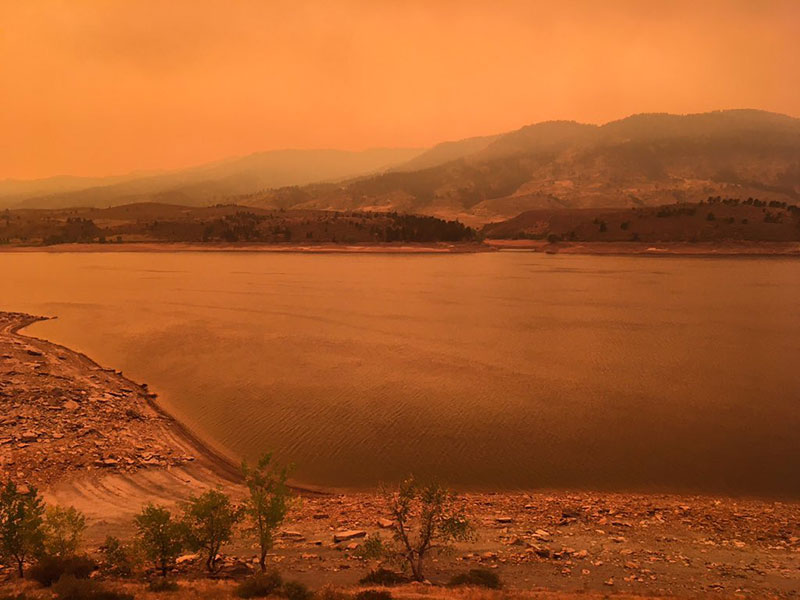 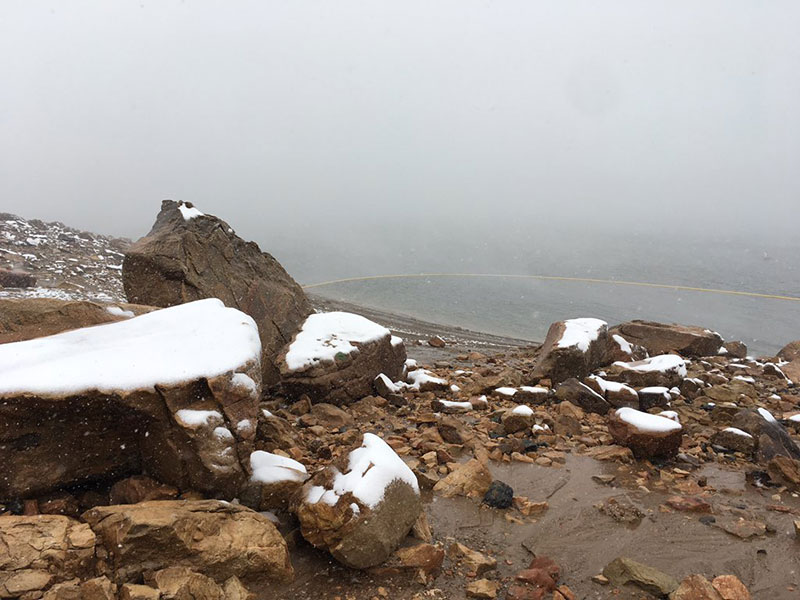 With did some searching, and we found a station in southeast CO that reported 104° on September 7 and 3.9" of snow on September [email protected], obs time is 6am, which means the 104 actually occurred on the 6th, but some of that 3.9" snow likely fell on the 8th. pic.twitter.com/JazEtY3Qom

Alamosa taking the records to another level yet again. On both Saturday and Sunday (Sept 5-6) they set a new monthly record high temperature of 89F. The earliest measurable snow on record was Sept 18. This morning, September 9, they have a foot of snow on the ground. 🤯 #cowx pic.twitter.com/PGQTA22rWj

The Del Norte climate station, with pretty complete records back to 1920, has recorded a total of 16" of snow in September *in its entire history*. We'll await the final tally, but they may have exceeded that in this one storm. Love the comment from the @CoCoRaHS observer #cowx pic.twitter.com/Pe8M3MD2Vc

Morning measurement at the official Fort Collins weather station was 0.3" of snow – the earliest accumulating snow ever observed in over 130 years of records! Previous earliest was Sept. 12 (in 1974 and 1989). #cowx @NWSBoulder

This follows a high temperature of 99°F on Sunday September 6, the highest temperature ever observed so late in September (breaking the record set last year on Sept 2) 🔥 🌨️ #cowx

It was a scorcher statewide today, but the hot spot was the Arkansas Valley in southeast Colorado. Today’s high temperature of 108F at La Junta is the highest temperature ever observed in September in Colorado! 🔥🌡️ #cowx https://t.co/COAIQowDfV

It's not often you'll see a short-term weather story that looks like this from one day to the next. Saving for posterity…@NWSBoulder #cowx #WeatherWhiplash pic.twitter.com/6lsZrCpD8j