Proud Dad Wins Internet with “How it Started. How it’s Going” Tweet 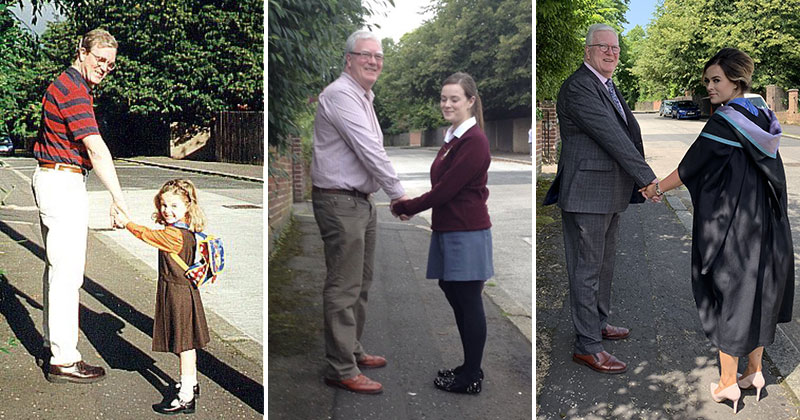 Proud Belfast dad, Ciarán Shannon, went viral with his heartwarming series of photos as part of the “How it Started. How it’s Going” trend on Twitter.

The three photos were taken with his daughter, Niamh, in the same spot outside their home. Niamh, who is now 25 years old, is currently a maths and science teacher.

The first was taken on Niamh’s first day at St Therese of Lisieux Primary School in north Belfast, in September 1999. The second picture was on Niamh’s final day at school in May 2013, and the final one was in the summer of 2018 when she graduated from university.

The three pictures are side-by-side in a frame on a wall in the family home.

How it started. How it’s going pic.twitter.com/wm64ywTmmk 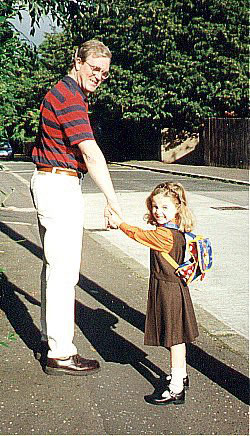 May 2013. Last day of secondary school 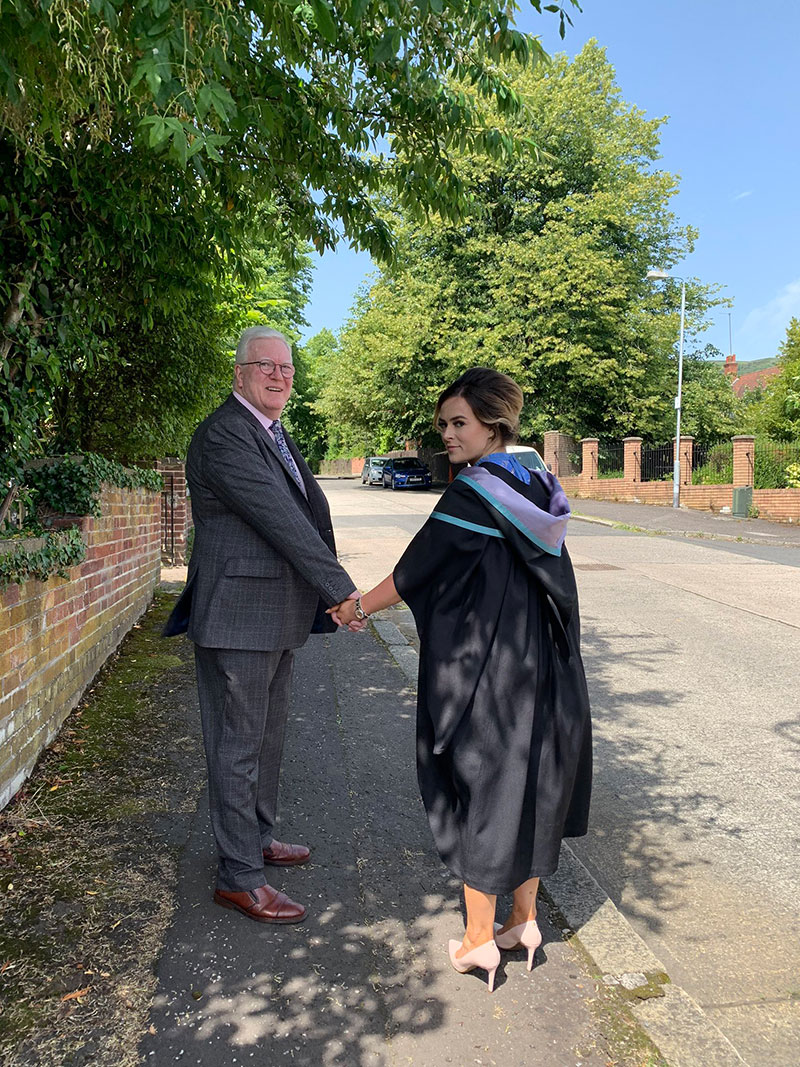 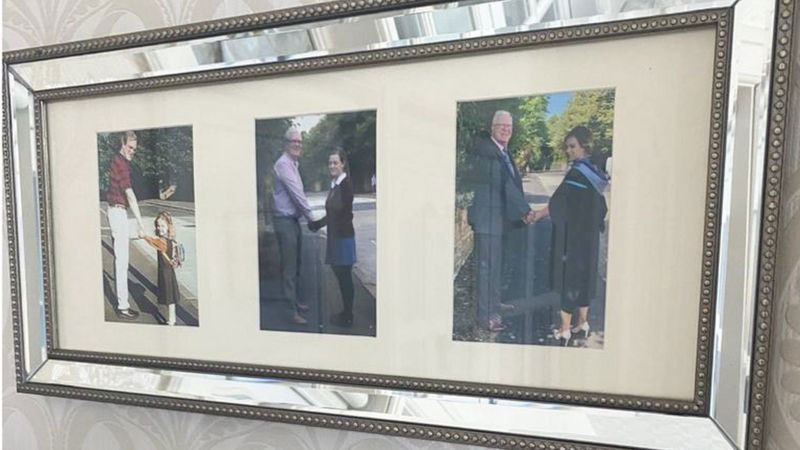 Framed at the family home