On Sunday, March 14 at 6:01 a.m. EDT, SpaceX launched 60 Starlink satellites from Launch Complex 39A (LC-39A) at Kennedy Space Center in Florida. This was the ninth launch and landing of this Falcon 9 first stage booster, which previously supported launch of Crew Dragon Demo-1, RADARSAT Constellation, SXM-7, and five Starlink missions.

It’s a remarkable and incredible feat for the rocket and program as a whole. 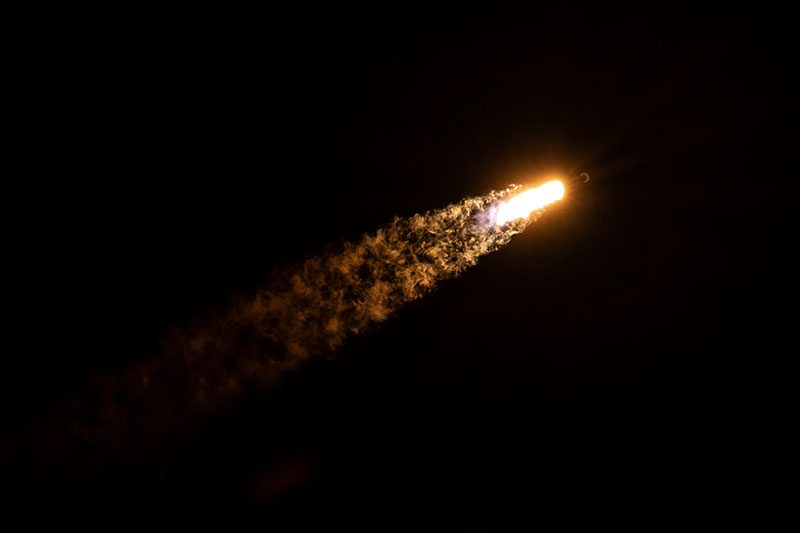 The Starlink constellation will consist of five orbital shells. The first shell will consist of 1,584 total satellites in a 53 degree inclination, 550 kilometer altitude orbit. Once the first shell of Starlink is complete, Starlink will provide coverage to over 80% of the Earth’s surface. Each satellite is 260 kilograms and has a compact design, allowing SpaceX to fit 60 of them in the fairing of Falcon 9. SPaceX has already launched over 1,300 Starlink satellites to date.

Latency is the time it takes to send data from one point to the next. When satellites are far from Earth, latency is high, resulting in poor performance for activities like video calls and online gaming.

Sunday’s mission marks the eighth flight overall for SpaceX in 2021, and the second flight this year for this historic booster. After its last flight took off on Jan. 20, SpaceX engineers were able to turn it around the booster and prep for its ninth flight in just 53 days — the second quickest turnaround time for this particular booster. (The record was between flights 7 and 8, which took off just 38 days apart.)