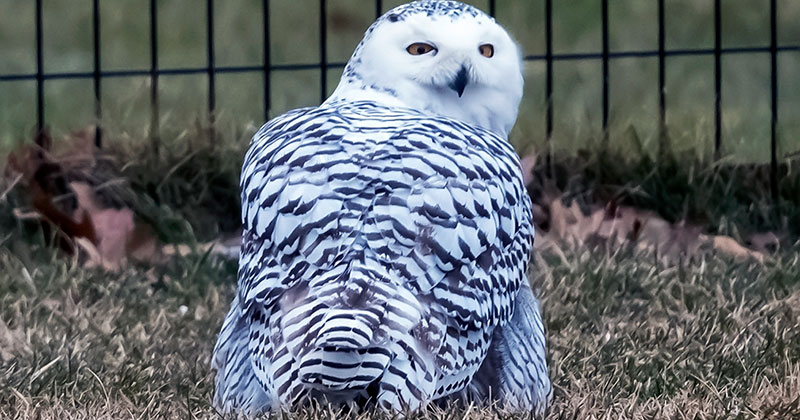 For the first since the winter of 1890, a snowy owl was spotted in Central Park, NYC. After a tweet by Manhattan Bird Alert (@BirdCentralPark) last Wednesday, hordes of bird watchers and photographers descended upon the North Meadow Baseball Fields in Central Park to witness the spectacle.

According to the New York Times, the snowy owl also drew the attention of other local birds:

A flock of crows flew down to harass her and try to drive her out (owls sometimes eat crows). A red-tailed hawk buzzed over her head (hawks are fiercely territorial and do not abide trespassers). [source]

The SNOWY OWL of the Central Park North Meadow was not much bothered by the crows that gathered around it earlier and that have now returned. People are staying behind distant fences and being quiet and respectful. pic.twitter.com/BKjGPRiKCZ

The snowy owl also perched in a fortuitous location as the baseball fields are fenced off in the winter to let the grass regrow. This meant the throngs of onlookers were kept a couple hundred feet away. After all of the excitement from the day, the snowy owl was gone the next morning.

Nobody knows when the next time one will appear in Central Park, but for those that were there on that special day, they will surely treasure it for the rest of their lives.

We returned from an unsuccessful trip to Riverdale to see an owl and found out a SNOWY OWL had been in Central Park all day!!! Got there late afternoon and was thrilled to share the excitement with fellow birders!! Stayed until frostbite and darkness set in. Thrilling!!! #birdcp pic.twitter.com/cZTPFNe0ne