SpaceX has just announced the world’s world’s first all-civilian mission to space. The mission will be commanded by Jared Isaacman, the 37-year-old billionaire founder and Chief Executive Officer of Shift4 Payments and an accomplished pilot and adventurer.

Named in recognition of the four-person crew that will raise awareness and funds for St. Jude Children’s Research Hospital, this milestone represents a new era for human spaceflight and exploration.

There are four seats in the SpaceX Crew Dragon capsule, and Mr. Isaacman is looking for a lucky few travellers to join him.

He is giving two of the seats to St. Jude Children’s Research Hospital in Memphis, which treats children at no charge and develops cures for childhood cancers as well as other diseases.

One of those seats will go to a frontline health care worker at St. Jude. “Actually a former cancer survivor, who was treated at St. Jude and has come back and is an employee there today,” Mr. Isaacman said.

The other seat will be raffled off to someone at random, with the goal of raising at least $200 million for St. Jude. You do not need to donate to enter for a chance at the trip to space, but each dollar donated counts as 10 entries, up to 10,000 entries (US only).

Someone selected for the trip must be under 6 feet, 6 inches in height, weigh less than 250 pounds and pass psychological and physical tests. [source]

The fourth seat in the Crew Dragon will go to an entrepreneur in a “Shark Tank”-like contest run by Shift4. Details of the entrepreneurial contest are posted on the Shift4 website. 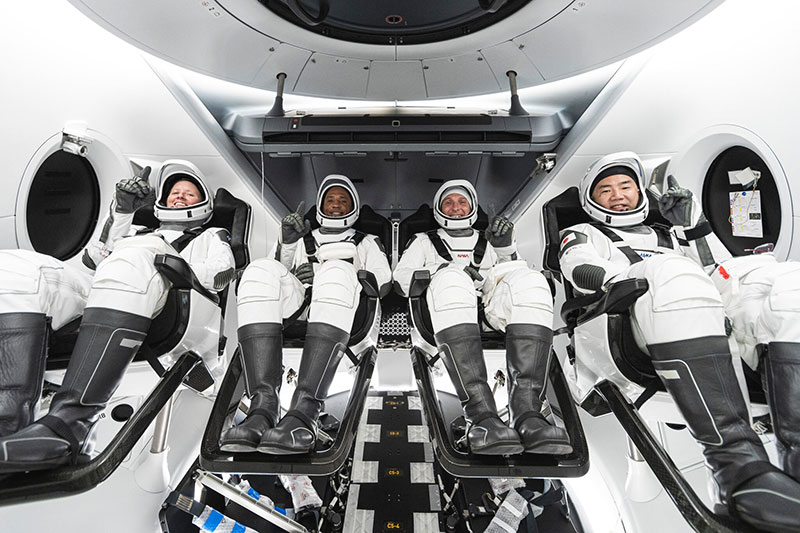 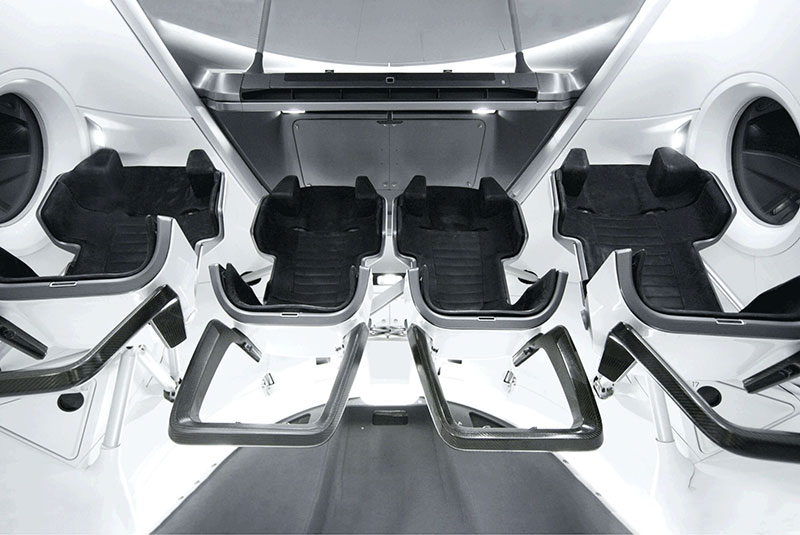 Inspiration4 will leave on the Crew Dragon, on top of a Falcon 9 rocket. It will leave Earth from Kennedy Space Center’s historic Launch Complex 39A, the embarkation point for Apollo and Space Shuttle missions, and travel across a low earth orbit on a multi-day journey that will continually eclipse more than 90% of the earth’s population. 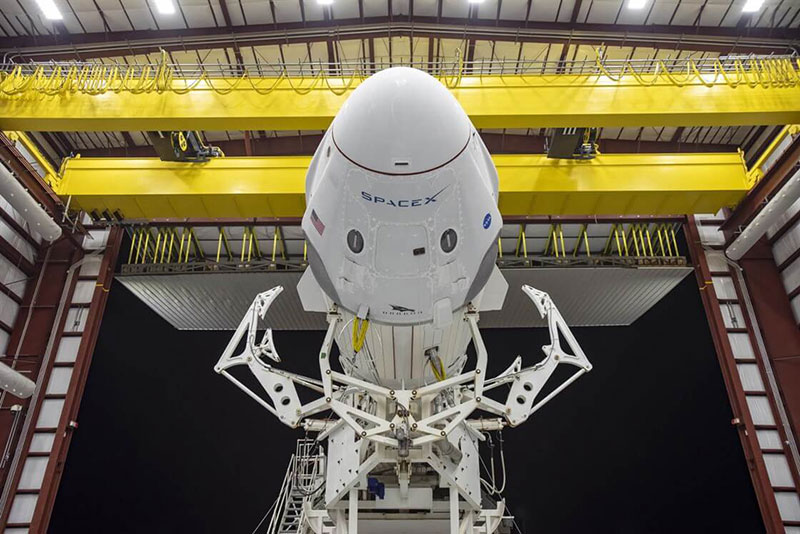 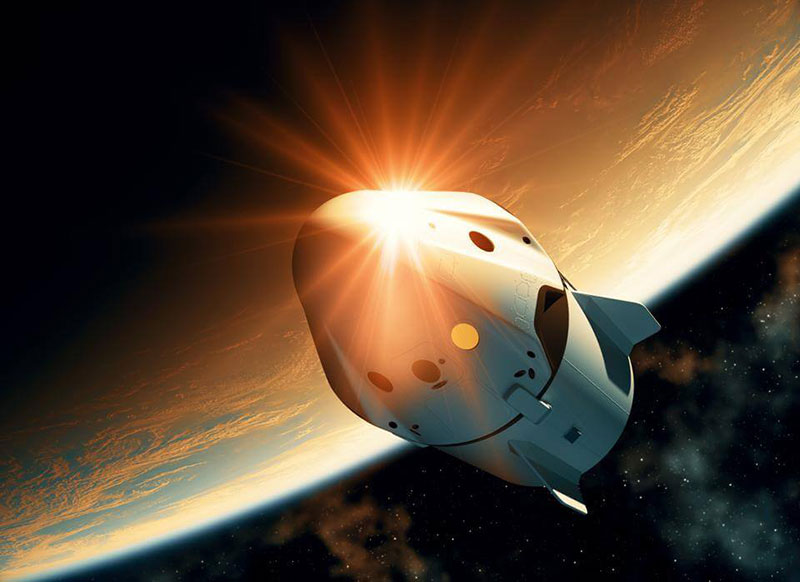 The Crew Dragon spacecraft is capable of carrying up to 7 passengers to and from Earth orbit, and beyond. It is the only spacecraft currently flying that is capable of returning significant amounts of cargo to Earth, and is the first private spacecraft to take humans to the space station.

Falcon 9 is a reusable, two-stage rocket designed and manufactured by SpaceX for the reliable and safe transport of people and payloads into Earth orbit and beyond. Falcon 9 is the world’s first orbital class reusable rocket. Reusability allows SpaceX to refly the most expensive parts of the rocket, which in turn drives down the cost of space access. 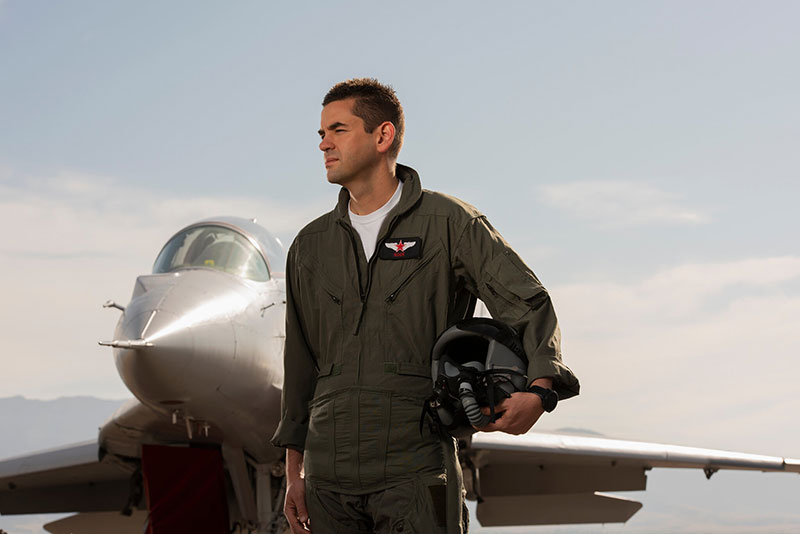 Jared Isaacman is the billionaire founder and CEO of Shift4 Payments (NYSE: FOUR). He started the company in 1999 from the basement of his family’s house when he was only 16 years old and has built it into an industry-leading payments technology company with over 1,200 employees.

An accomplished jet pilot, Isaacman is rated to fly commercial and military aircraft and holds several world records including two Speed-Around-The-World flights in 2008 and 2009 that raised money and awareness for the Make-a-Wish Foundation. He has flown in over 100 airshows as part of the Black Diamond Jet Team, dedicating every performance to charitable causes. In 2011, Isaacman co-founded what would become the world’s largest private air force, Draken International, to train pilots for the United States Armed Forces. 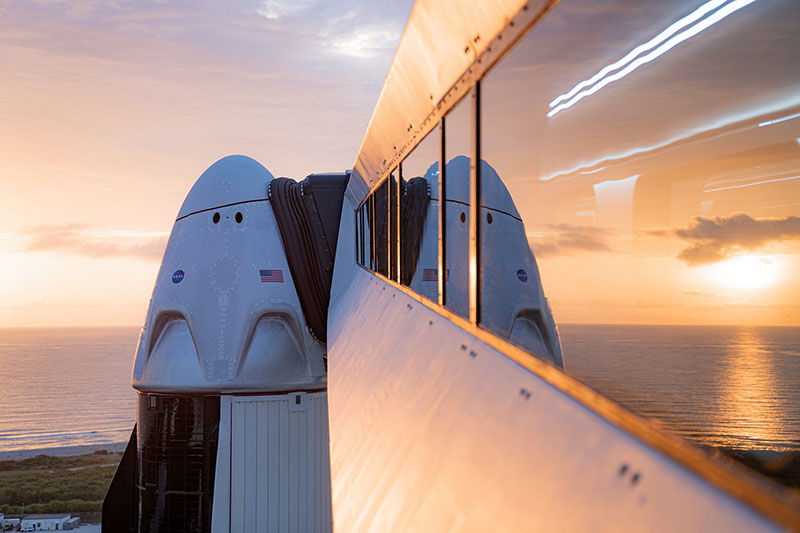 Traveling weightless at over 17,000 miles per hour, the crew will conduct experiments designed to expand our knowledge of the universe. Crew Dragon’s 365lbs cargo capacity will be allocated for both crew essentials as well as scientific equipment dedicated to micro-gravity research and experimentation. 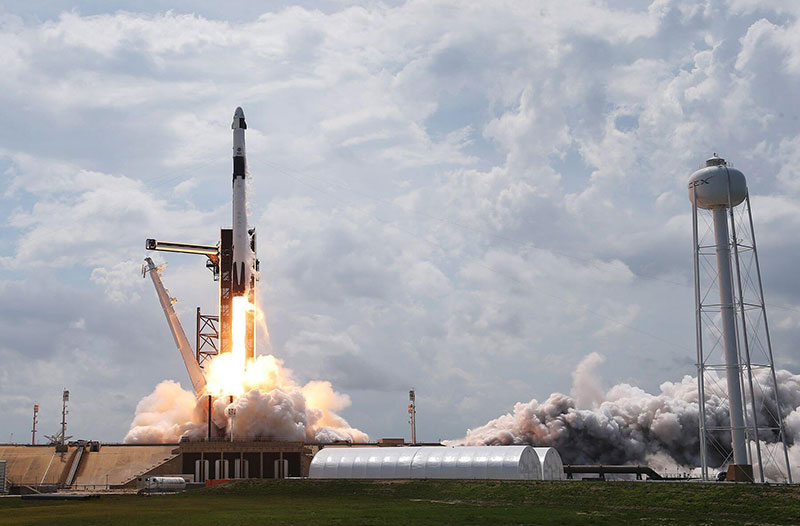 The first space tourist, American multimillionaire Dennis Tito, launched to the International Space Station on an eight-day expedition in 2001. Tito reportedly paid $20 million to fly to the orbiting outpost aboard a Russian Soyuz spacecraft. Since then, only six other private citizens have flown in space.

Last month, SpaceX also announced that the first private space station crew, led by former NASA astronaut Michael Lopez-Alegria, will launch to the orbiting lab next January. Lopez-Alegria will be joined by three men who are each paying $55 million to spend eight days at the space station. [source]

For more information visit on this historic mission visit: https://www.inspiration4.com/ 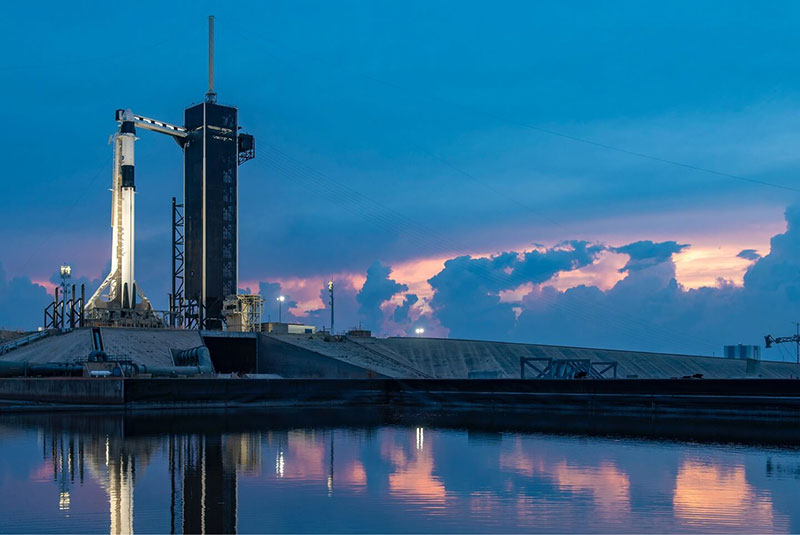