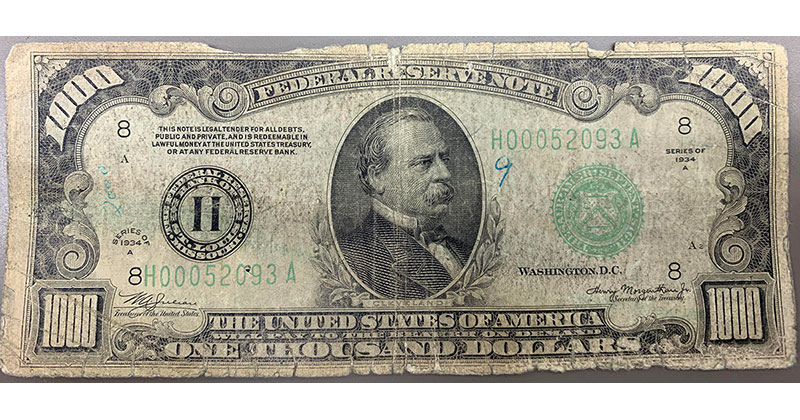 Bank teller and reddit user, 3BirbsInARainCoat, shared this photo of a rare $1000 bill from 1934. The teller told the customer he could accept the bill at face value, but urged the customer to try and find a collector that would likely pay more than face value for it.

First printed in 1928, this $1,000 bill features two-time United States President Grover Cleveland. He was the nation’s 22nd and 24th president, earning him the distinction of being the only president to serve two non-consecutive terms.

A previous $1000 bill was also printed, starting in 1918, which featured Founding Father, Alexander Hamilton. For more history and photos of all large denomination bills printed in the US, check out this article on Bankrate.